According to Tejarat News, the unstoppable increase in housing prices in recent years has become one of the main concerns of the people and is moving forward so unrestrained that even the executive solutions of the officials in this regard have not reached anywhere.

Iran pocket In the meantime, he wrote, some activists in the construction industry have always considered the increase in the price of raw materials and construction materials, especially hardware, as the most important reasons for the increase in housing prices, so that it stopped the process of construction. But at the beginning of this year, the situation was different, and while the prices of other goods increased, the prices of hardware, contrary to public expectations, went down from the end of May. Meanwhile, according to the secretary of the Provincial Mass Manufacturers Association, the price of hardware has increased by about 75% from the beginning to the end of last year, and earlier this year, this upward trend has been in the foot market. On the other hand, the officials of the Provincial Mass Builders Association have different opinions about the impact of iron prices on construction.

Decrease in steel prices since late May

“Due to the Ukraine-Russia war, steel prices have fluctuated sharply around the world,” said one ironmonger. Earlier this year, the price of Isfahan Railway No. 14 reached 2,600,000 Tomans and Railway No. 2 and 50 reached 2,750,000 Tomans. Prices remained at a peak because there was no consumption and increased. The market became such that Russia dumped its steel below the world price in order to keep the ruble price constant in the world market.

This has caused steel prices to fall in the past week. Now, Isfahan No. 14 is 2 million and 680 thousand Tomans, which is 30 thousand Tomans away from the price of Eid night and has not increased in price compared to Eid night. On the other hand, the government imposed export duties on steel, which made it impossible for them to export steel. He continues: At the moment, there is no demand for hardware because everyone bought it in advance when the price had risen.

Mohammad Adel, secretary of the hardware and profile industries, said: “According to economic policies, the average price of steel at the beginning of the year increased more than it should have, but due to supply and recession, prices fell again from late May.” . The reasons for the decrease in prices are the market recession, regular supply, correction of raw material prices and export management departments, and due to the decrease in prices, sales have also decreased. “Consumers have a choice and expect more when prices fall,” he said.

Nemat A. Zarif, secretary of the Khorasan Razavi Mass Manufacturers Association, says about the trend of changes in iron prices: At the beginning of last year, a kilogram of rebar was 11,000 Tomans, which became 18,000 Tomans at the end of March, and the price increased by 75%. All kinds of rebars and hardware increased in price last winter. The first winter of last year, ribbed rebar No. 14 to 28 of Neishabour was 15 thousand and 500 Tomans per kilogram, the first of March was 16 thousand and 800 Tomans and at the end of March it was 18 thousand and 500 Tomans. In fact, from the beginning of winter 1400 until the end of winter, hardware became about 15% more expensive. In April of this year, the price increased by about 4 to 5 percent, but from the first week of June, prices fell by about 2 percent compared to May. He adds: the price of hardware affects the price of construction because, for example, 50 kg of rebars are used for each square meter of construction. Now, in the first week of June, the market has shaken a little and the market for buying and pre-purchasing has flourished. Of course, this is not ideal for us mass producers, but it has had an impact anyway.

Mahmoud Pejum, head of the Provincial Mass Builders Association, said in response to a question whether the decrease in the price of hardware has led to an increase in construction or not: The category of iron prices does not show itself quickly, to say that due to the decrease in the price of iron, the speed of construction increased. The industry is affected by several factors, one of which is the price of hardware. On the other hand, the macroeconomic conditions of the country have an impact on this issue. Therefore, these can not have an immediate effect. At the same time, obtaining permits and going through the design process is time consuming. He pointed out: Of course, at the macro level, the whole basket of materials, supplies and agenda is definitely effective, but we can not give statistics that the price of hardware has decreased on a case-by-case basis, for example, within a month, and we have increased construction. And to announce a detailed opinion in this regard.

The Minister of Heritage, Culture, Tourism and Handicrafts arrived in Tabriz 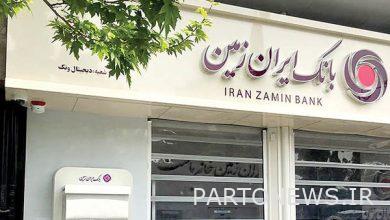 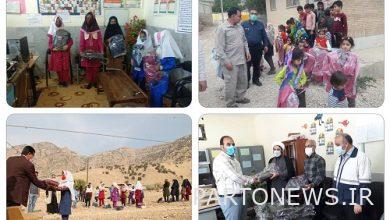 Parliamentary license for import of heavy and semi-heavy machinery 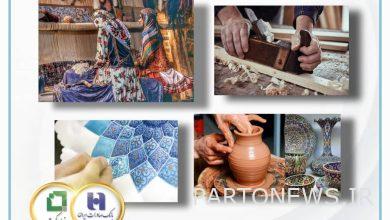 Payment of 2 thousand and 8 facilities by Bank Saderat