According to Fars News Agency’s urban group, Alireza Zakani, the mayor of Tehran, in a meeting with the elites of District 14, referring to the commemoration of the 13th of Aban, said: I am not present among them and I hope we can take a step towards serving the citizens by understanding our duties and mission.

Zakani said: “What our society needs today is to move towards the realization of the slogan of the Islamic Revolution and to be able to realize the slogans in practice.”

He continued: “In the second step of the Islamic Revolution, we are responsible for state-building and community-building, and this is not possible without moving around the people, some of whom are elites.”

The mayor of Tehran added: “Today we have been serving the people for 2 months and 2 days, and in order to serve the people in order to achieve an accurate understanding, we must consider transparency for Tehran, and another point is to be able to change the Create the city of Tehran for the authorities.

Zakani said: “According to the Supreme Leader, the city of Tehran is dearer to us than the souls of a country, and when we talk about the 9,600,000 population of night and the 14 million population of Tehran during the day, there is a need for change.”

خبر پیشنهادی:   Corona Scientific Committee agrees to inject a third dose of Corona vaccine for people over 18 years of age

He continued: “Those who have the ability and power to change in the city are the people, and the people must be on the path of change and transformation, and along with that, we must use all tools and, by the grace of God, see a creative city.”

The mayor of Tehran added: The municipality of Tehran intends to accept all the responsibilities related to it and put itself in the position of a service and service institution, and if we can move towards the management of the city unit, many problems of the city and the country will be solved because there is a direct relationship. It exists between Tehran and other cities.

Zakani said: “One of the neglected aspects in the past period is the software aspects of the city so that we can use it to serve the spirit of the city.”

He continued: “Today we need a simultaneous change in the spirit and body of the city and to pursue this goal one of the ways is the possibility of achieving democracy in the city and we must be able to implement it properly and for this purpose there are two ways, one of which They are the intellectual platform and the other part is the benefit of local elites and activists

The mayor of Tehran added: we must move towards the direction that the administration of neighborhoods is done through the elites and the municipality is at the service of neighborhoods and elites of the capital and they in practice serve and serve the people and this is the level that every stage Needs a base.

خبر پیشنهادی:   Reconciling is the salt of life, not fighting! / Ways to make amends and appease

Zakani said: “Another point is that at the bottom of the society, attention is paid to being able to target 52 activities and jihadist currents to follow it, and in this way, local indicators will change.”

The mayor of Tehran added: “We must know the greatness and greatness of the people who live in this area, and as long as they are, their capacity must be used, and those who died should be near the mercy of the right.”

Zakani said: “Our effort is what is needed in the second step of the Islamic Revolution to be able to perform our duties in this area and sacrifice ourselves to the people.” 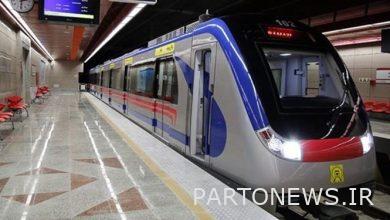 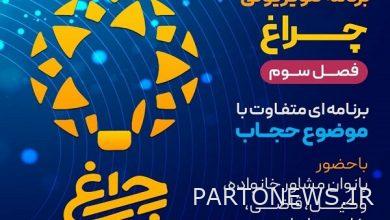 The third chapter of “Cheragh” program; Relationship between not paying attention to hijab and apostasy – Mehr News Agency | Iran and world’s news 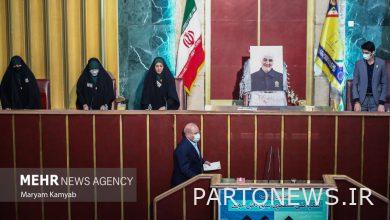 Seventh session of the National Congress of Student Basij 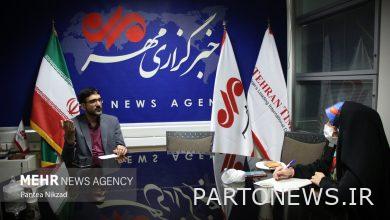