According to the monetary financial news quoted by IRNA, Majid Behzadpour, General Director of Central Insurance, stated about the lack of diversity of insurance products in the country: In the past few years, more than 50 new products have been licensed by Central Insurance in certain areas such as insurance Life, life and so on.

“Although the insurance industry has developed, but especially in the field of information technology and ICT (IST), insurance has not yet effectively marketed an acceptable product,” he said. If we can more easily access, we can develop insurance penetration and on the other hand, apply reassurance, by developing the IT infrastructure in monitoring.

He added: “Another product that will be unveiled in the coming months is Takaful; Although this product has been in insurance for many years, but this year we plan to offer a product under this title. Whether an institution licenses or offers a product under this heading is still under consideration.

Behzadpour continued: “We consider one of our responsibilities to help some of the problems and difficulties that are felt in the community.” In the field of treatment, various programs are being seriously considered and the results will be announced soon. One of the necessary measures is to pay attention to reforming the structure and productivity of most investments in insurance, which can be a better support for social services such as community health services, which is also very useful for the insurance industry.

He stressed: “Although the insurance industry has a serious presence in treatment, but I believe we can help the government, especially in the field of health and reduce the direct costs of the people in this sector.”

He said that the supervision of the Central Insurance is not a weak supervision, but there is a lot of work to be done, adding: “One of the planned programs is to strengthen the supervision and the first discussion is to make the supervision smarter. To closely monitor financial indicators.

He added: “According to the amendments to Articles 1 and 2 of the Law on the Implementation of Article 44 of the Constitution, it is stipulated that licensing cannot be prevented due to market saturation, ie there is a legal obligation that we can not create a serious obstacle to licensing.” It is called in competition.

Growth of insurance penetration in the last 10 years

The Director General of Central Insurance emphasized: If the indicators of proper competition in the insurance market are defined and its regulations are formulated, we will automatically reach the appropriate number of insurance companies; But in the current situation, we have tried to have a serious review of the licensing of insurance companies in order to determine the task at an acceptable time.

Emphasizing that we must leave room for new investment, he said: “The insurance industry has grown more than other sectors.”

Behzadpour said: The insurance penetration rate in the last 10 years has increased from 2% to 2.57%, which shows the good growth of this industry in recent years, but we have a long way to go to reach the set plan, which is with the plans made. We hope that people will see acceptable development in this industry.

Gilani: Judo Federation should not be suspended I will return to wrestling / I was opposed to my presence in two disciplines 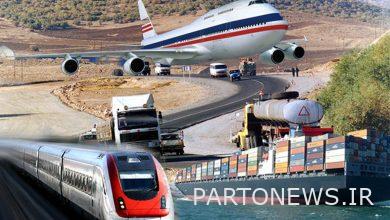 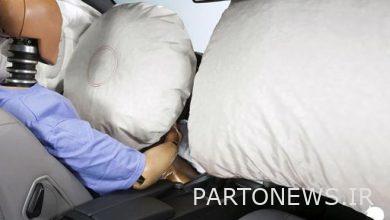 You are charging my Yalda! | Monetary Financial News