According to Fars News Agency’s Welfare and Social Injuries Group, “Hojjatullah Abdolmaleki” in the ceremony of renewing the pact of the working society and the country’s efforts with the ideals of the late Imam on the occasion of the beginning of Labor Week, stating that in the field of resistance economy, workers are still at the forefront. He said: “During the oppressive sanctions and because of the weaknesses, economic pressure was created, but the current that the pressure of sanctions was the defeat of the working community and a disgraceful defeat on the United States.

The Minister of Cooperatives, Labor and Social Welfare stated: In Islam, work and production are important in this world and the hereafter, and according to religious teachings, one who works and strives is like a servant who strives in the way of God.

Abdul Maleki said: The Prophet of Islam (PBUH) kisses the hand of the worker, which is the source of labor and production, and in the Ahl al-Bayt (AS) tradition, there is a lot of emphasis on respecting the category of work.

The head of the Supreme Labor Council, stating that the working community has always been a constant supporter of the successes of the Islamic Revolution, added: “Before the revolution, wherever there was an uprising and gathering in support of the Imam and his ideals, workers were active and workers were the main founders of the Islamic Revolution.”

He added: “After the revolution, the workers sacrificed thousands of martyrs in the holy defense of the revolution, and in the post-war period, when the country needed development and progress, the main burden was on the working community.”

Referring to the statements of the late Imam, who are the pillars of the society of workers and farmers, Abdul Maleki emphasized: The element of work and workers is important in Islam and the revolution, when the Imam says that they are the ones who inhabit the earth.
He added: “According to the verses of the Qur’an, one of God’s commands to the human development of the earth is that the working community has an important role in this regard.”

The Minister of Cooperatives, Labor and Social Welfare introduced the labor community as one of the most important groups in the target society in the 13th People’s Government and said: They are not present in these places.

He continued: Ayatollah Ra’isi has been among the workers for many years and is familiar with their problems; The thirteenth government considers itself a pro-workers government because more than 60% of the population and the pillars of society.

Abdul Maleki pointed out: “Our duty is to serve the working community because they are the pillars of the revolution and the 13th government is trying to improve the business and production environment and the living conditions of the workers.”

He added: “We also informed the general managers of the Ministry of Cooperatives, Labor and Social Welfare in the provinces that their priorities are to address the needs of workers and know that our attention and efforts in the government and the Ministry of People are to create favorable conditions for business environment and workers’ livelihood.” .

خبر پیشنهادی:   Head of the Judiciary: Ayatollah Fateminia was the professor of ethics and knowledge of the Ahl al-Bayt (AS)

The Minister of Cooperatives, Labor and Social Welfare added: “We formed the High Council of Labor and the members of the Council of Ministers were elected and we have held these meetings regularly until today.”

He told the workers: “The Ministry of People is determined to implement the decisions of the Supreme Labor Council, and you know that this council is mostly composed of your own representatives, the workers and the employers.”

The Minister of Cooperatives, Labor and Social Welfare said about workers’ housing: The thirteenth people’s government pursues the average construction of one million housing units in 1401, and in this regard, priority is given to the working class.

Abdul Maleki pointed out: “Last year, we signed a memorandum of understanding with the Ministry of Roads and Urban Development to build 400,000 housing units for workers, and we are trying to improve the housing situation of this group in 1401.”

The Minister of Cooperatives, Labor and Social Welfare attended the tombs of the martyrs of the Islamic Revolution, the Holy Defense and the martyrs who defended the shrine of the Ahl al-Bayt (as), and honored the memory of all these devotees with sincerity. 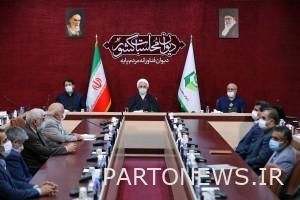 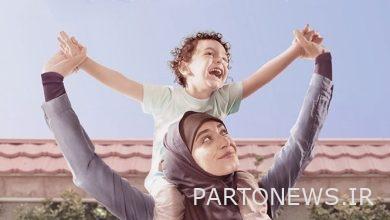 Who is a worthy lady from the Quran’s point of view? / A few verses and a few books for women 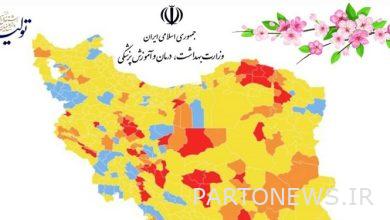 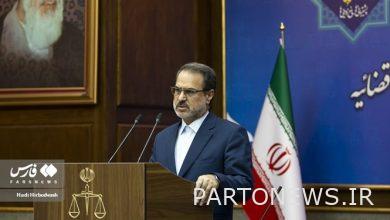