According to Trade News, the law of receiving taxes from Empty houses It was passed in 1999, but in the first instance, disagreements over the executive regulations created many obstacles to the collection of taxes on vacant homes, but a year later, with the notification of the head of the tax administration in the thirteenth government, this obstacle was removed.

Since late April last year, the Ministry of Roads and Urban Development has announced that heads of households have been required to register their property information in the Real Estate and Housing system to determine if they are vacant or resident for tax purposes.

خبر پیشنهادی:   President's order to the Minister of Economy about the stock market

The slow process of identifying vacant homes and sending their information to the tax authority has been followed by a protest by the speaker, with Mohammad Baqer Qalibaf reminding the Ministry of Roads and Urban Development about the implementation of the housing tax law: “The launch of the system for the ownership and use of vacant properties has, in practice, been taxed on the basis of self-declaration from only a few hundred vacant houses instead of a few hundred thousand vacant houses, which the Ministry of Roads seems to need to take more seriously.”

According to experts, identifying vacant units requires the cooperation of the municipality, and the ministry is working hard to identify vacant units.

Infrastructure is not available

He called the supply of housing and reducing inflation necessary to solve the problem of the housing market and believes that if the burden of capital is removed from the housing market, we will no longer see hoarding and lack of housing supply.
According to him, due to the rising trend of rents, the Ministry of Roads and Urban Development, in cooperation with other organizations, should take action to collect taxes from vacant houses.

Nasiri cited rising tax evasion, the difficulty of identifying the real culprits, rising public discontent and, ultimately, the impact on the housing market as some of the challenges cited by the law’s incomplete implementation.

“Criticisms of the tax authority’s performance in this regard in identifying,” the housing expert continued Empty houses “And the tax collection from them has been raised, which promises to announce good information on the receipt of tax bases after July.”

Mohammad Abbasi, a tax expert, referring to the plan to collect taxes from vacant homes, says: “The tax system in the country has a weak infrastructure due to reliance on oil revenues, the tax base in the country is not very diverse and this is the basis for false wealth. Created.”

He attributed the increase in the number of vacant homes to the lack of a proper tax collection policy, saying that tax collection as a regulatory system could invisibly guide the market.

In addition to the tax system for vacant units, Abbasi called for the use of incentive schemes and tax exemptions to provide better housing, saying “for balance in the housing market should not be limited to coercive methods.”

Car transfer system is a winning ticket for tax collection

Honoring the position of father in Iran Insurance Company 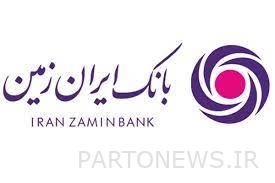 Developing the strategy of Iran Zamin Bank based on digital banking 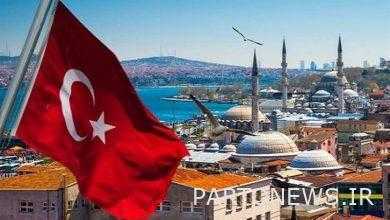