According to a statement issued by the Parts Manufacturers Association, the completion of incomplete vehicles, which are estimated at about 150,000 units, requires the injection of working capital into parts manufacturing units. Due to the application of mandatory pricing and increasing the accumulated losses of automakers to more than 83 thousand billion Tomans and also exceeding the debt of the main two automakers from 120 thousand billion Tomans, parts manufacturing units have used all means of equipping resources to not stop production lines. They are at a stage where they will soon face a challenge if resources are not injected and arrears are not paid.

Receipt of parts manufacturers’ claims is mainly done through tripartite contracts and in the form of debt purchase. In this method, the automaker generally provides a long-term check to the component maker after the obligations are due, which sometimes takes nearly a year. The component maker discounts the check from his credit line in the bank. But during the discount, the bank blocks about 20% of the amount. In other words, in a situation where the component maker has to pay for raw materials and other production inputs in cash, he gets access to a part of his claims (about 80%) after one year. It is necessary to mention that the same process, due to the low level of banks’ capital and payment ceilings, has recently faced problems with inflation due to rising prices of raw materials, wages and other inputs, according to official statistics announced by the producer price index in It has been more than 70% in the last year. In other words, the component maker has access to 80% of its resources after a one-year delay, while assuming the same amount of production, it has to spend 170% in cash on inputs, and thus does not have almost half of these resources.

With the car price increasing by about 15%, due to the heavy debts of car manufacturers, significant resources are not available to the parts manufacturer. Because the automaker itself considers other priorities.

Accelerating the completion of defective vehicles requires the support of institutions such as the banking system, customs and standards. The banking system has not practically changed its behavior in accordance with inflation and critical conditions. Has been.

Due to sanctions, parts manufacturers have access to some resources and parts, such as chips, etc., through intermediaries and with more difficulty. In addition to increasing costs, this is also time consuming. On the other hand, electronic components caused by the global crisis have created a general problem in the global automotive industry.

– The banking system should provide the required working capital quickly.

– Customs using the mechanisms common in the world to carry out the inspection process after clearance.

– Automakers are required to pay their arrears.

– The difference between the factory price and the cost price will reach zero in a short time and the loss flow will stop.

– The government, as an institution that has imposed a lot of accumulation due to the order price with the aim of gaining public satisfaction to the automaker and parts manufacturer, should come in to compensate and prevent the chain from stopping and reducing its activities. In a situation where the government has left the producers of raw materials to increase their prices up to 18 times, and this can be seen in the amount of profit obtained in the balance sheets of copper and steel companies.

خبر پیشنهادی:   How many properties did the Iranians buy in Turkey in 2021?

– Specialized working groups should be formed to explain and acquaint the officials with the car production chain.

Influence currents trying to stop the car production chain in order to implement colonial policies should be monitored and identified. Stopping the chain, in addition to imposing between $ 20 billion and $ 30 billion in foreign exchange needs annually, will lead to the loss of more than 700,000 jobs in the drawer. 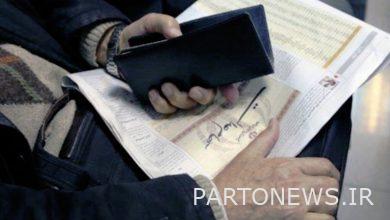 Merit in a choice 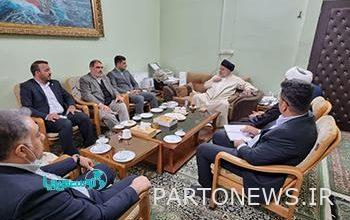