Eqtesadonline – Pouya Dadjoo; Iran Khodro and Saipa, the two largest automakers in the country, published their unaudited financial statements up to 1400 on the Cadal system. A look at the published figures shows the depth of the country’s policy catastrophe.

It should be noted that Iran Khodro’s production last year compared to 1399 has decreased by more than 6% and from 480 thousand and 332 units in 1399 to 451 thousand and 112 units last year. Saipa also produced 306,398 vehicles last year, which shows a decrease of about 4% compared to the production of 318,944 units in 1399. The following chart shows the non-combined operating profit (loss) of Iran Khodro and Saipa in the last 10 years;

The result of such performance has led to heavy accumulated losses for these two automakers; Accumulated loss of Iran Khodro based on non-consolidated financial statements at the end of last year with a 44% increase compared to 1399 has reached 42 thousand and 989 billion tomans; This is while the registered capital of this company is about 30 thousand billion Tomans; In other words, Iran Khodro has accumulated losses of 142% of its capital.

The situation for Saipa is similar to Iran Khodro; The accumulated loss of this automaker at the end of the last fiscal year reached 24 thousand and 971 billion tomans, which has increased by 59% compared to 1399. Taking into account the capital of 19 thousand and 551 billion Tomans, the accumulated loss of this automaker has reached 127% of the registered capital.

The following chart shows the accumulated profit (loss) of Iran Khodro and Saipa during the last ten years;

As it is clear, the loss-making trend of these two automakers has intensified since 1397.

In the meantime, the fundamental question is why these automakers have become loss-making factories?

To answer this question to some extent, we take a look at the sales and production statistics of these two automakers:

Let’s look at another car group; The average cost of each Peugeot family product for Iran Khodro last year was about 156 million tomans. This company has sold about 300,000 Peugeot family products with an average price of about 133,000 Tomans. In other words, Iran Khodro last year identified an average gross loss of 23 million Tomans per sale of each Peugeot product, and a total of 6,841 billion Tomans of gross loss was incurred from the production of these cars.

Shahin production, although less so, has been a loss for Saipa; The cost of this car for Saipa last year was about 249 million tomans per device; This is while Saipa had to sell each Shahin device for 245 million Tomans and suffer a loss of about 4 million Tomans. According to the circulation of about 22,000 units of this car, in total, Saipa has suffered a gross loss of 78 billion Tomans from the production and sale of falcons.

Going back to these numbers, we return to our original question; Why did Irankhodro and Saipa get into this situation?

Although many years of mismanagement, misguided policies and protections, manpower structure and many other factors are involved in this situation, it seems that the mandatory pricing and forcing to sell the car at a price that does not even cover the cost of production is original. Be the most damaging factor for carmakers. Wrong policies that have intensified over the past four years with rising inflation and exchange rate jumps, and policymakers think they can help reduce inflation by suppressing prices and enforcing approved prices. One of the important factors in reducing production is the difference of several tens of millions between the market and factory prices and the intensification of investment demand for cars. In other words, the wrong policy to control prices has not only failed, but has led to increased inflation and reduced production.

** All information and figures are extracted from non-consolidated financial statements

US rejects more than 90% of Afghan refugees

The peak of Iranian jewelry making art in Turkmen jewelry

How much is Tiba hatchback zero? 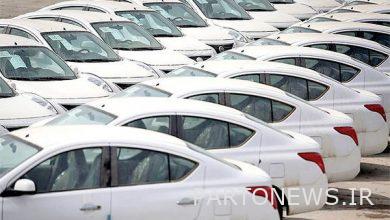