According to the Mehr correspondent, the 1400-1401 academic year began with the announcement of education in the Shad system. It was on September 21 that the new version of the “Shad” student network was unveiled. Alireza Kazemi, the current head of education, said at the ceremony: “We will start the new academic year in Iran Television School and the academic year را در Network Happy We will start from the first day of October and the field of face-to-face and gradual reopening of schools with the help of colleagues and parents Let’s start.

The head of the Ministry of Education, referring to the capabilities of the Shad network, said: “The addition of the Shadbin browser and the Shadjo browser will greatly help students secure access to cyberspace and science at high speed.” Improving student attendance performance contributes to the quality of education.

This happened at a time when several announcements had been issued by the Ministry of Education for the reopening of schools, including an announcement about the Happy Student Network published by the Ministry of Education, and relatively strange cases with more bizarre literature were announced in that announcement, including That: “You have not bought your teacher and the teacher is not obliged to answer for you during holidays and non-working hours.” He is also a human being and has family duties and problems during non-business hours. If a teacher answers you, it is because of his grace and compassion, not his duty. Or the phrase “address your teacher in formal terms when texting.” “It is true that you do not see him, but it is not your cousin to call her ‘baby’.”

The fact is that despite the unveiling of several happy versions and the network’s efforts to become an important link between teachers, school staff and even officials with students and parents, but the network went through many ups and downs and finally in At the beginning of the new school year, when the education decision was to move towards attendance, the happy network no longer had much space between professions and words and virtual education. However, many efforts were made to ensure that this educational platform was not overlooked and to continue to be maneuvered due to all the efforts that had been made and the long time that education had to introduce this achievement in the Corona period.

Ali Bagherzadeh, head of the Coordination Center of the Ministry of Education, said in a press conference on September 20, which was mostly prepared for this purpose: “Before the formation of Shad Network, we were supposed to cooperate with local messengers, which was not possible for various reasons.” Happy Internet was declared free with the approval of the National Corona Headquarters, and to date there has been no financial transaction between education and mobile operators. Recently, the Supreme Council of Cyberspace introduced the Happy Network as the official platform for education during the Corona era and also made its internet use free.

Baqerzadeh continued: “Shad Khala network partially eliminated the lack of students’ interaction with teachers and was able to create a special environment for education.” There are now more than 300,000 channels in Shad, the largest information channel of which has more than 10 million viewers. It has been installed 24 million and 634 thousand times, which is about 22 million unique cases, and the repetition of installation is not in this statistic.

Referring to the activity of 18 million and 105 thousand users in Shad network, he said: Shad has 13 million weekly users and 10 million and 237 thousand daily users. Simultaneous presence of two million people on the network and 700,000 live broadcasts in Shad have been recorded.

He continued: 12 million and 793 thousand students, equivalent to 86% of the student population in Shad, have been authenticated. 116,000 school principals, or 99.8%, have been identified as happy. The number of authenticated teachers in Shad is 731,893, equivalent to 98%. 47 billion messages were exchanged in Shad Network last year, which if we divide by the number of students and teachers, we can say that almost every person has sent 4,000 messages, and 16 billion files have been exchanged so far.

But what happened to these authenticated figures in the happy system at the beginning of the school year? Did the teachers hold the trainings in the context of Shad Network? Did the parents have anything but the forced presence of their children on Shad Network? Or was it just a mandatory app installed on a parent’s phone?

But what happened to these authenticated figures in the happy system at the beginning of the school year? Did the teachers hold the trainings in the context of Shad Network? Did the parents have anything but the forced presence of their children on Shad Network? Or was it just a mandatory app installed on a parent’s phone?

Field reports available to the Mehr correspondent in the same days of October indicated that the general public was teaching in WhatsApp messaging and e-learning platforms other than Shad; From non-governmental to public schools! Only at the time of enrollment did each student have to announce a number to enroll the student in the Happy Network to the school. It is also not possible to interact on this platform for tutorials, and it is a space for uploading instructional videos and ultimately student assignments, which is also due to the greater availability of spaces such as WhatsApp.

Therefore, in the first press conference of the Minister of Education, the Mehr reporter asked him about the Shad network and the lack of acceptance of this network. Unfortunately, the curriculum experts were not present in the programming of Shad Network, and this is a weakness that the research organization has to address in order to bring teachers and students to this network. This network must be rich and user-friendly to use it more than before.

Following the minister’s remarks about the Shad network in a press conference, there are still reports that schools – usually government – have been notified and instructed that parents and teachers have been forced to visit the network these days.

Munirsa Talebi, Mehrsa’s mother, told Mehr: “Exactly last week, my daughter’s teacher, who is in the first grade, left a message in the WhatsApp group announcing the video of the tutorials and homework every day, with the theme that from tomorrow, everyone will be on their happy network.” And it is mandatory not to ask a question. Almost all of us parents were shocked because from the beginning of the year the training was in Skyroom and the assignments were sent in WhatsApp and we were not happy with this system at all. They told me again to go tonight and leave some old movies and homework of your daughter on Shad Network. Many mothers did not install this program at all. That night was a story. From that day on, we have to send a series of tasks on WhatsApp every day and a series of tasks on Shad.

He continued: I, mother, do not understand these dramatic works. If Shad was good, well, as a rule, teachers and parents should have welcomed it without instructions and directives. Now our work has doubled.

Sarapour Sadeghi, whose son is in the fourth grade of public model schools, told Mehr: “From the beginning of the year, there was nothing to be happy about.” Likewise, our work as parents is ten times more than face-to-face training. The teacher tells a lesson to 30 students online in Skyroom, and finally he can ask a short question to 7 students every day. It is not clear whether the children are sitting at the lesson or not, and then a lot of homework that should be sent to WhatsApp. Now they say to upload homework once in Shadow and once in WhatsApp and they do not think at all how much they upset the parents who are doing their best in these two years to be by the teacher with their children.

From the beginning, instead of being able to raise the standard of schools so that children could be sent to school with confidence, they kept saying happy network, television education. None of them work especially in urban areas. I’m not saying these are bad, it may work for a lot of areas, but once you look at the system, you will see how far it is from the standard of a platform.

He continues: I myself hired a private tutor for my child to fix problems with him. Then they keep saying that teachers sacrificed in those days. It is their duty and they are paid at all to teach the children, there is no need to leave. I, a mother, also like my child to come up with a literate corona even in these days, and to see if there are any shortcomings, I will hire a private tutor. But why do they increase our work because of their own statistics? This is called statistics making because they themselves know that happiness does not work.

Sohrab Soleimani, Rasha’s father, who is in the second grade, also told the Mehr reporter: I did not stop working in education during these two years. From the beginning, instead of being able to raise the standard of schools so that children could be sent to school with confidence, they kept saying happy network, television education. None of them work especially in urban areas. I’m not saying these are bad, it may work for a lot of areas, but once you look at the happy system, you see how far it is from the standard of a platform.

He continues: The most important happy weakness is that it is not interactive at all. The teacher can not conduct online education here in spaces such as Skype and…. You can only send two files and several voices. If education is meant by the e-learning standard, it’s something that is held in the happy, which is really unfortunate. Thank God, many schools did not teach happily, otherwise the same amount of education would not have been achieved.

Asked if her daughter’s school had forced parents to go to school happily in recent days, she said: “An announcement was made on the school channel, but not many people paid attention to it. I have not opened Shad myself yet, but I have to have it installed on my phone.

It seems that there may still be a conflict of interest debate in the meantime. Managers in education who do not want the Minister of Education to have a serious entry into the happy system or journalists who ask questions about the efficiency of this system. The fact is that the happy platform, although it can serve as a great wall of information for all education stakeholders and inform through it, but the system has never been able to become a standard learning space because the power of a The educational platform is to the extent of interaction, which has major weaknesses in this system, and perhaps in the meantime, education needs to overcome this conflict of interests so as not to cause more complaints from education stakeholders with additional work. 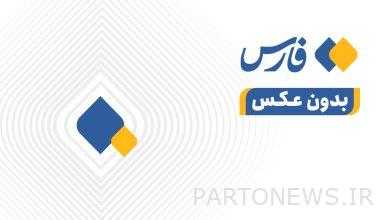 Municipal program on the anniversary of the Ukrainian plane crash 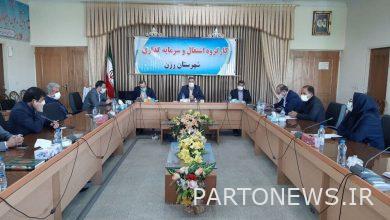 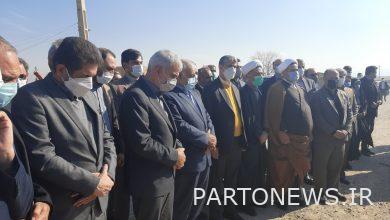 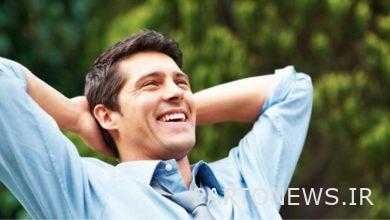 How to be a person with a will?