According to Tejarat News, the current construction situation is very complicated. The excessive increase in the price of land, along with other factors, has caused the construction to go into a coma.

The cost of construction, along with market conditions and general inflation, is one of the factors influencing the increase in housing prices; Of course, along with these factors, the decrease in production also leads to an increase in housing prices. A look at official statistics shows that all statements affecting the final price of housing in recent years have been involved in the growth of housing prices in this market. The price of land, materials and wages have increased in the last decade, which has also affected the final price of housing. The statistics related to the share of the cost of the housing sector in the consumption basket of urban households compared to the global index during the period of 1373 to 1400 show that in most years the growth trend of land and housing prices is higher than the inflation rate. So that from 1375 to 1386 and from 1393 to 1400, the growth of land and housing prices was higher than the inflation rate. The latest statistics of economic indicators show that the cost of housing is more than 36% of the total cost of an urban household, and in Tehran this cost is estimated at 47.9%.

According to the report of the Iranian Statistics Center, the comparison of land prices over the past decade shows that the price of land has increased more than 10 times, and the cost of purchasing construction inputs has also increased at least 6 times. The average housing price also reached 34 million tomans from 4 million tomans in Tehran from 1994 to 2009, and this price is currently 47 million tomans.

In addition to these factors, wages in the construction sector also show an increase in prices. According to the information published by the Statistics Center, all wage sectors, from labor to installation of equipment, have increased prices. According to the guidelines announced by the government at the beginning of each year, the wages of workers have increased by 57% this year. In addition, other wage costs such as installing glass to tiler, etc. are also increasing. Among all the surveyed items, in the first half of 1401, “first-class glassmaker” had the highest increase with 49.2% and “workman” with 10.53% had the lowest increase in average hourly wages compared to the previous period.

خبر پیشنهادی:   The blind spot in the transfer of car manufacturers / will the government give up its shares? - Tejarat News

The capital of construction workers has shrunk

In this regard, the CEO of Tehran Duman Company, stating that the investment and participation situation in the construction sector is very chaotic, said: the price of goods and construction materials is increasing daily, and the price of rebar, which was 15,500 Tomans last month, It has reached 21 thousand tomans.

Saeed Javadzadeh continued: In the field of materials such as beams and filler blocks, they use alternative materials instead of these materials. Last year, the cubic meter of this material was 45 thousand tomans, which has now reached 2 million tomans per cubic meter. The price of all materials such as bricks has become expensive, and some successful factories and brick kilns with decades of history have stopped operating due to the high consumption of gas, which will eventually lead to a decrease in production and subsequently a shortage of beams and blocks in the country. Deficiencies will increase the multiplication of these materials as well.

By announcing that we have to buy construction materials and goods in cash, he clarified: This is despite the fact that the banks do not provide facilities and all matters in the construction sector have been accompanied by many troubles, and if the situation is the same In general, we should read the fatiha of civil and construction projects.

The secretary of the Association of Mass Builders of Housing and Construction of East Azarbaijan Province also stated: In the current year, the construction fees have also increased compared to the previous year, and the fees for the next year have not been announced yet, and will be announced in the next two months, which will definitely be more expensive.

He added: Currently, there are people left in the construction sector whose profession is building and they have decades of experience in this profession, although the capital of these builders has also decreased. During the last two to three decades, as mass producers, we always had two to three plots of land; But now our best engineers are working together with a pitch. That is, those who have worked in this profession for many years and have been committed to their profession, have reached a point where they can no longer even buy a piece of land on their own, and they cooperate with landowners in the form of partnerships, which is due to the shrinking capital of housing developers and activists. It is a building.

خبر پیشنهادی:   Are we confused which instrument to dance to? - Tejarat News

The head of Isfahan Province Housing and Building Builders Association also said about the increase in construction costs in the current year compared to last year: In the current year, the construction costs included the usual costs, which have not changed much, and in this regard, we have had follow-ups, especially for high-rise construction, and this is a special event. And there is no special discussion about the increase in the cost of tolls.

Stating that the general construction materials and equipment have increased in price, he reminded: especially in the field of mechanical and electrical construction equipment and facilities, the price increase has been very high.

The mass builder and home builder explained the state of construction in the coming months: The reality is that right now most professional builders are in a daze and kind of waiting. Even those who have obtained licenses and have licenses are in a state of uncertainty and are wondering what is going to happen in this sector and whether we are going to reach economic stability or not.

He considered the worst thing for construction workers to be in a situation like the current situation, where there is no stability, and he clarified: today we buy a product at a certain price, and tomorrow, when we go to buy the same product, the price is higher, and so the price Every product becomes more expensive every day.

This housing developer emphasized: In such a situation, it is impossible to imagine any final price for a residential unit, what will be the final price of a housing unit. Professional builders should be able to pre-sell their residential units when their project reaches a certain stage; But naturally, when they don’t know what’s going on, they obviously prefer not to start building new units to see what’s going to happen.

It is mandatory to register code interception in housing contracts 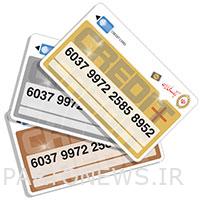 3 factors for the fall of Tehran Stock Exchange