Referring to the performance of car quality indicators in 1400, Omid Qalibaf said according to the online economy report, although the targeting of the car quality level index has been achieved, only 9.1% of the car models have been able to reach the average customer satisfaction index of the initial quality of the product. achieve the targeted amount (71 percent), which is not a good situation.

He also said about the product quality durability index; From an international point of view, the drop in satisfaction with the durability of the product compared to the initial quality should be less than 3%, which the previous year’s target was less than 4%, but only 25.7% of car models succeeded in achieving this goal, which in this index, car manufacturers They performed poorly.

The spokesperson of Samet emphasized that improving the quality of domestically manufactured cars is the right of the people, and the Ministry of Samet does not fall back on the quality of automobile manufacturers, but at the same time, it should be understood that quality is a time-consuming process and until the structures in the automobile industry are not reformed, no one can Pressing a key will solve the quality problems of the car overnight.

He added that the quality of the car can be criticized, but the daily repetition of criticism without proper reasoning takes on the aspect of destruction, and in addition to the negative impact on the export of parts and cars, it causes discouragement of car manufacturers and parts manufacturers.

Ghalibaf, while distinguishing the inherent quality and the engineering quality in the field of automobiles, said that in the intrinsic quality of the automobile, due to the type of platform and its design, it is inherently capable of increasing the quality to a certain extent, and the quality cannot be increased from one level to the next (or it is not economical to improve the quality), but in Engineering quality, the car is delivered to the customer with the least possible problems.

The spokesman of Samet said, in 1401, the Ministry of Samet has planned important measures to increase the quality of cars; for example, it is possible to stop the production of Tiba, Samand and Saina cars due to the old platform and frequent quality problems and planning to create new platforms. platform skinning) and the production of cars with a higher inherent quality, and in the engineering quality improvement department, he also mentioned the implementation of the order of the Minister of Somat to reduce car defects to zero at the time of delivery and develop stricter quality indicators to evaluate the year 1401.

He said that the result of these measures was to improve the car’s quality indicators until July 1401, so that according to the report of the Iran Quality and Standard Inspection Company, the quality evaluation index (which is a negative score and should be reduced) from 4.103 in April to 94.4 in July 1401 has decreased, which shows an improvement of 8.8%.

Ghalibaf continued that the car manufacturers’ index of vehicle delivery without problems also increased from 91.7% in April to 93.5% in August this year, which shows an improvement of 1.8%.

This official in charge of the Ministry of Safety considered the basic solution to increase car quality to create competition in the automobile industry and said that another method that is followed in the Ministry of Safety for quality improvement is to replace the supply policy based on the use of several sources with a supply policy from one or two sources in It is a platform to minimize the possibility of defects caused by multiple production processes in addition to achieving the economic scale of production.

The spokesperson of Samet attributed the growth of 271 percent of complete car production until the end of June due to the correct policy of the Ministry of Samet this year, which caused the production of incomplete cars and their work completion outside the main process of the production line to reach zero and lead to the improvement of quality indicators. 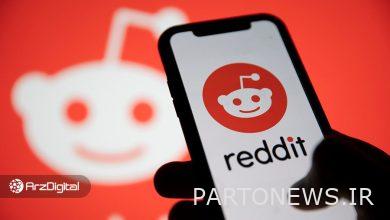 Reddit seeks to attract developers to its NFT platform

Is it possible to import an economical car?