Home ” Tourism News » “Food tourism” is a step towards diversification, product distribution and travel distribution in the country

The Deputy Minister of Tourism of the Ministry of Heritage, Culture, Tourism and Handicrafts said: “With the formation of food tourism structure as a new product and attraction in the country’s tourism industry, an important step will be taken to achieve the goal of diversification of tourism products and travel distribution in the country.”

According to the IRNA cultural group, Vali Teymouri, Deputy Minister of Tourism of the Ministry of Heritage, Culture, Tourism and Handicrafts, said at a food tourism symposium held in the presence of a group of scientific and professional activists in the Persian Gulf Hall of the Deputy Minister of Tourism: It is important for the development of the country’s tourism industry, one of the most important of which is to take another step towards achieving the goal and general policy of this field, namely the diversification of products and travel distribution. Towards diverse and lesser-known destinations.

The Shar project, which means identifying, evaluating and ranking tourist attractions, products and destinations, has been one of the most important platforms for movement and policy-making in the field of tourism for the last two years, which has been pursued by the Deputy Minister of Tourism. According to the progress of this project, which has been carried out in cooperation with the World Trade Center (IPC) with the aim of developing tourism exports; Work priorities are determined by the supply and demand of this industry. Therefore, according to the planning, the issue of agricultural and food tourism is at the top of the plans related to new products.

He pointed out: According to the plan made as a result of the progress of the flood plan, the time to address the issue of food tourism was set in the second half of 1400. Prior to this issue, agricultural tourism was introduced as a new product during the administrative and operational process and received much attention. Therefore, it is expected that the issue of food tourism, like agriculture, can quickly achieve the required executive protocols, given the popularity of the issue and considering the supply and demand debate in this field.
Teymouri stated: According to the work routine, process and route for the official entry of food tourism into one of the new attractions and products available in this industry, first of all, a working group consisting of experts, activists and professional organizations is formed. Then, at the same time with the formation of the relevant secretariat, a section document related to product and market development in the field of food tourism will be prepared and then the executive instructions for issuing activity licenses in this field will be compiled. For example, the General Directorate of Education or the Office of Marketing and Advertising should take measures at the same time, such as defining training workshops and preparing advertising packages.

The Deputy Minister of Tourism further mentioned the importance of the issue of food tourism in the tourism industry and said: the diversity and richness that exists in local and home food and cuisine; It has not been considered in restaurants and formal catering centers; Therefore, addressing the issue of food tourism can seriously address this shortcoming and use its many capacities to develop tourism in the country.

Teymouri added: “Currently, there is a significant trend both domestically and internationally on the subject of food and its attractions in the field of tourism, which can be effective in the growth and development of this important branch of tourism in the country.”
Teymouri pointed out that one of the previous measures that has maintained the importance of food in tourism facilities is to include this issue in the process of evaluating tourism services; He said: in parallel with the development of specialized criteria for each hospitality and tourism center that include local and indigenous food in their menu; The possibility of obtaining a higher rank is considered in the evaluation process.
The Deputy Minister of Tourism called the issue of food tourism as well as the intensification of activities in this field a sign of the importance and attractiveness of this issue, which can be addressed as the national capacity of the country and bring wide economic, cultural and social achievements.

Gulf Online: Why is Saudi Arabia afraid of the US withdrawal and the Taliban? 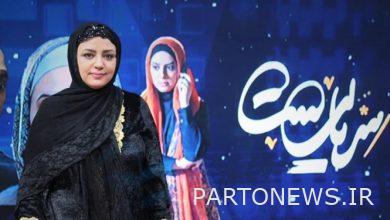 Why didn’t Fakhimzadeh repeat “Sleep and Wake Up”? 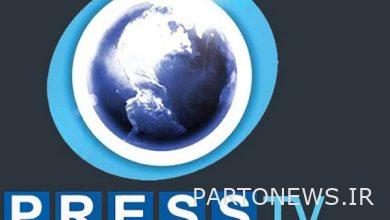