The first step in the path of sustainable protection of intangible heritage is to identify and honor unique bearers and performers, as well as to implement measures that result in preserving this knowledge and skills and passing it on to future generations. To this end, the National List of “Intangible Heritage Carriers” of Iran has been created in recent years by the Supreme Council for Cultural Heritage Policy. In this regard and with the aim of realizing the cultural heritage policies of the country, a number of artists in the field of handicrafts of Golestan province have been nationally registered in the mentioned list.

Making Turkmen jewelry, which mainly includes women’s jewelry, is considered as one of the handicrafts of Golestan province. This ornament is usually made of silver, which is called silversmithing and in Turkmen language it is called “Kumush Shay”. Turkmen jewelry can be divided into 11 groups based on their use: clothing, head and forehead ornaments, hair, ears, neck and chest, wrists, fingers, waist, work tools for women, children and horse ornaments.

Jewelry is made in Golestan province by a small number of Turkmen craftsmen. She was born in the city of Gonbad Qaboos. His father employed the slave to live with his uncle, Master Araz Mohammad Agha Atabay. It did not take long for Gholam to learn from his uncle’s experiences, and to complete his experiences he went to Master Goldi and received a master’s degree.

For many 83 years of his blessed life, the master kept alive this valuable art of silversmithing, which is one of the finest and most prominent industries of this borderland. By learning the art of mold making, which is one of the basic and required principles of silversmithing, he was able to create the art of engraving on silver with Islamic and Bukhara styles. His brother “Janbagli Aq” and his sons “Ahmad and Mahmoud” studied with him and are currently making traditional Turkmen jewelry in Golestan province. Master Ghulam Aq has played a very important role in preserving this valuable art and craft of the Turkmen people, and in order to protect it, he taught the field to his family members and, with the utmost delicacy, made ornaments that were unique among the artists of this people.

Master Aq and his sons produce domes, bracelets, beads, anklets, rings, and finally all traditional jewelry in their small workshop. In this way, at the beginning of the work for the design of jewelry, stencils are prepared and silver is melted, and locks, locks and other elements are installed on the pieces of jewelry. Embossing is another construction technique in his workshop that requires molding and after molding the sheet, they pay attention to the details on the jewelry.

The late Professor Gholam Aq, as a skilled and experienced silversmith, participated in numerous foreign and domestic exhibitions and received certificates of appreciation from many different organizations. In 2016, he also obtained a degree in art in the field of Turkmen jewelry from the Supreme Council of the Cultural Revolution, and in 1397, the first permanent plaque of Golestan Province celebrities was installed on his house.

With 70 years of experience in the production, development, promotion and training of Turkmen jewelry, he has provided valuable services to the handicraft community and in this regard has trained prominent masters to preserve this art and the products of this artist have received several seals of national and international authenticity. Is.

The late “Gholam Aq” passed away in September 1400 at the age of 83. In recent years, due to respiratory illness and old age, he was not able to do artistic activities as in the past, but his children Ahmad and Mahmoud, who studied with the master of techniques and skills of making Turkmen jewelry, have been working professionally and still keep the light of his father’s workshop. Keep it clear and follow the path of the father.

خبر پیشنهادی:   The mourning ceremony of Elamite women during the mourning of Imam Hossein (AS)

Master “Gholam Aq”, a human treasure in Turkmen jewelry, was registered in September 2016, No. 20, in the national list of rare, bearers of the country’s intangible cultural heritage.

Peace be upon him… 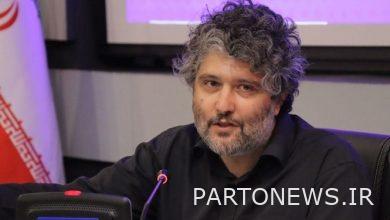 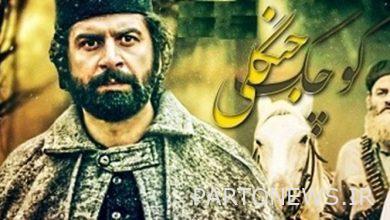 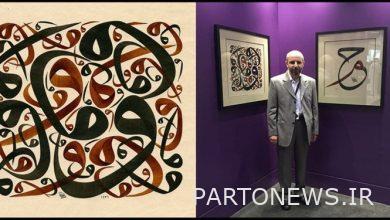 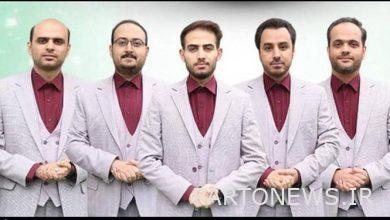