According to the Aria Heritage Report and quoting the public relations of the General Directorate of Cultural Heritage, Tourism and Handicrafts of Kerman Province, Mojtaba Shafiei said on Thursday, May 1, 1401, on the occasion of the World Day of Historic Buildings and Sites, with a focus on “Cultural Heritage: “In the mentioned scientific meeting, the issue of the effect of the aqueduct on the permanent and sustainable settlement of cities, as well as the Iranian aqueduct and the climate change crisis were discussed.”

Kerman Deputy Minister of Cultural Heritage added: “This meeting was held in cooperation with the Center for Urban and Rural Environmental Studies of the Islamic Azad University of Kerman, the Goharriz Gopar Aqueduct World Heritage Site and the Association of Architects of the province.”

“In the end, all the participants in this scientific conference were awarded certificates,” he noted.

Sadeghi: If those 7 points were not deducted from Golgohar, we would have seriously claimed the championship / I expected to be invited to the national team

The importance of air transport in tourism development 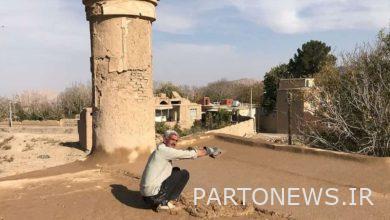