According to the report of Aria Heritage, citing the public relations of the General Directorate of Heritage, Culture, Tourism and Handicrafts of Khorasan Razavi, Seyed Javad Mousavi announced this news on Sunday, March 6, 2009: “Neyshabouri, the palace of the Sun of Kalat, the tomb of Maulana Abu Bakr Taybadi, the collections of Khajehyar and Ghiasieh Khorgard Khaf, the house of the Shahid Motahari Fariman Museum and the historical house of Danesh Kashmar were completed.”

The Director General of Cultural Heritage, Tourism and Handicrafts of Khorasan Razavi continued: “During a ceremony attended by the Chairman of the Toos Civil Commission and the Chairman of the Economic Commission of the Islamic Council of Mashhad, guides and tourism activists, “Two trees were planted in the historical and cultural complex of Ferdowsi Tomb.”

He stated that the species planted in Ferdowsi’s tomb was cypress and sycamore, which is mentioned in Shahnameh. “The late veteran of cultural heritage and two saplings were planted in the Tomb of the Poets at Ferdowsi’s tomb.”

Referring to the importance of trees and arboriculture, Mousavi said: “The role of the tree is one of the Iranian symbols and one of the signs of freedom and endurance throughout history, which has always been used in Iranian historical objects and monuments.”

The Director General of Cultural Heritage, Tourism and Handicrafts of Khorasan Razavi reminded: “In planting these trees, the rules and conservation considerations of the area, the sanctuaries of historical monuments and sites have been considered and the trees have been selected based on geography, climate and ecology.” 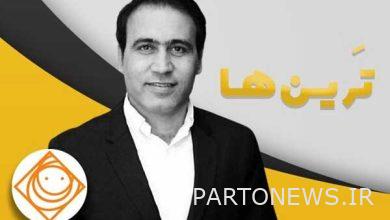