According to Tejarat News, stock and non-stock collateral guarantee the receipt of bank facilities. Deputy of Technology and Innovation Development of Central Depository Company about the details of getting a loan with Bail Explained the stock.

Last week, the head of the Exchange and Securities Organization announced that the shares would be pledged to receive the facility. In this regard, in the middle of last week, the Central Bank announced the instructions for granting micro-facilities up to 200 million Tomans and stock exchange and non-stock exchange documents, including stocks, bonds, objective property and SIM cards, to the banks.

Deputy of Technology and Innovation Development of Central Depository Company about the details of this plan to IRNA He said that in the near future, shareholders can register their application by referring to the banking systems.

How does a stock become a guarantor of a loan?

Mahmoud Hassanlou explained how to guarantee shares for loans: The deposit company provides information to banks and the shareholder must refer to the bank application to take action related to stock collateral and also receive a loan.

He emphasized: with OTP (disposable) SMS, the shareholder Sajam will be authenticated and if OTP is entered correctly, the shareholder’s collateral shares will be specified in the bank application.

The Deputy Minister of Technology and Innovation Development of the Central Depository Company continued: “After this stage, the shareholder can select the desired stock for the collateral and enter the number of shares he intends to pledge.”

Emphasizing that this request, like the Shaparak payment system, directs the shareholder to the systems of the depository company, he said: “In this section, the bank’s request is shown to the user and with OTP Sajam, the authorization is done to determine the shareholder identity and the amount of shares to be Is as Bail Be to confirm.

How is the result of registering a stock guarantee application determined?

Hasanlu stated that the bail fee must be paid by the shareholder and if this is successful, the bail request will be registered.

The Deputy Minister of Technology and Innovation Development of the Central Depository Company stated: At the end of the trading day and after the transactions, the request of the shareholders in the system will be applied after the transactions and the next working day the result of this request will be provided to the banks.

The official said that the shareholder should be aware of this issue, the shares that are assigned as collateral for receiving bank facilities have been frozen in the depository company and the shareholder cannot sell them until the end of the settlement of his facilities.

How much stock do you need to get a loan?

Regarding the amount of loans received with stock collateral, Hasanloo explained: The amount of loans paid to the shareholder is within the authority of the bank. Each bank can act according to its own instructions.

The Deputy Minister of Technology and Innovation Development of the Central Depository Company said in the end: “Receiving a loan is considered as one of the benefits of stock collateral and this can be used in other issues such as collateral in court.”

The most intense wave of operations against the Zionists; 15 killed in the last 40 days 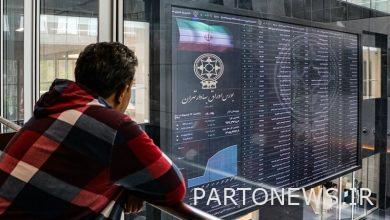 Important news for Bank Mellat / Webmelt shareholders When will it reopen?

Decision technology in the insurance industry needs to change 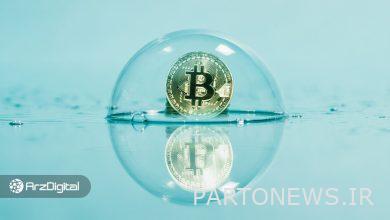 What is the biggest risk for Bitcoin? The analyst responds 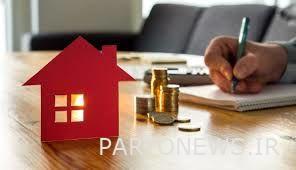