Mehr news agency; Magazine Group: It was Saturday night when news spread through social media. According to this news: “Amir Hossein Bankipour, Isfahan’s representative in the parliament, had said: single girls should marry Muslims and Shiites interested in Iran due to the lack of single boys in the country; In this way, not only cultural development has taken place and international relations have been strengthened, but also this disturbed relativity in the country has been eliminated.

This is one of the things about which there are serious considerations; Two people from two different cultures should be fully acquainted with each other’s spirits, and it should be examined to what extent they are receptive to the culture, but sometimes people who love Iran and Islam in the country and are of American, European, African and Asian nationality are so They love to learn Islam, religion and Shiism, and some of them have even left their special place in the countries of origin and come to Iran. There is such a high level of belief in these people that it overshadows the issue of culture.

It does not take long to reach mental maturity, if a 16-year-old girl and her family اش Be determined to marry her, with a plan ریزی “One year can reach acceptable intellectual maturity.”

This speech was accompanied by many reactions in the open space of the parliament, face-to-face interviews and cyberspace.

– فاطمه قاسم‌پور The representative of Tehran, in a verbal warning, apologized to Amir Hossein Bankipour.

– Representative of Chabahar To the representative of Isfahan: A person who has an atmosphere of Iranian zeal can not make such an offer, unless the women of this land can go and marry foreign nationals. What are we کاره We are to decide to marry Iranian women. I wish the representative proposing to correct this statement and apologize to the great nation of Iran.

– شیوا قاسمی‌پورMember of the Women’s Parliament Faction: Bankipour’s talk about the marriage of Iranian girls to Muslims in other countries was emotional and irrational due to the lack of a single son.

– Sarah Fallahi Member of the Women’s Faction of the Islamic Consultative Assembly also in Sunday interview He said: “We believe that the representatives of the people are different from other classes, and if they express an opinion, there must be accurate expert and scientific work behind it.” There should be no comment that increases the inflammation that prevails in society. It is about the noble society of women who have been oppressed in various ways. Deputies should help the women of the society with their behavior and expression to know that the parliament is behind their rights and they are working for the rights that the religion of Islam has explained to them.

– زهره سادات لاجوردی The representative of the people of Tehran in the Islamic Consultative Assembly on the subject said: The Assembly to encourage Fertility And the youth of the population has passed good laws, and it is a pity that with such comments, these approvals will be marginalized and we will be unaware of the benefits that have been considered.

– Somayeh Rafiei The representative of the people of Tehran in the Islamic Consultative Assembly also stated about Bankipour’s comment: All women in the Assembly today unanimously opposed this issue. In the parliament, we tried not to get emotional and irrational into the issues, but sometimes we see that this effort is overshadowed by some superficial statements and complicated personal versions. Our request to the media is not to generalize one person’s opinion to the parliament as a whole.

– Fatemeh Ghasemipoor The head of the women’s faction of the Islamic Consultative Assembly also said in the continuation of this press conference: “Today, the women’s faction United Regarding the issue raised by one of the deputies regarding the marriage of Iranian women with foreign nationals, he stated that we should emphasize that Mr. Bankipour’s recommendation is not the opinion of the entire parliament.

– President of the Iranian Association of Social Workers Regarding international marriage, he said: “The issue of marriage is a private matter, marriage is not a matter of order.” One has to stop this person who explicitly states such unprofessional thoughts. They themselves know very well that the same law that Mr. Bankipour followed in the parliament and finally did not provide the ground for increasing marriage, because the problem is elsewhere. The problem is where men can not create investment security, the problem is where social capital in the country has fallen. The problem is that according to the Ministry of Cooperatives, Labor and Social Welfare, out of 24 million families, about 9.4 million families are poor. ?

-the doctor Mahdieh Shadmani The university faculty and researcher in the field of women also wrote on their page: We have said many times that the solution to the problem of marriage is to hold specialized counseling courses and life skills training. Not these theories on the basis of which it is not clear on which rationality it was based. Until yesterday, we were supposed to import a Chinese girl, now is it going to be exported without considering the human dignity of girls? What can I really say that a little knowledge and understanding of the realities of society and decision-making is not consistent with the rationality of marriage in some officials.

– محمد ابطحی The political activist also wrote in a tweet: The most that Iranian girls need is for no one to interfere in their personal lives. The girl is not an export commodity that anyone decides to marry to Muslim countries.

It is noteworthy that Bankipour did not apologize in the open session of the parliament on Sunday and claimed that his speech had been interrupted and said:

– I expect the delegates to listen to the whole speech first and then to judge whenever they comment on a text message or cyberspace.

-People expressed their views on women’s marriage in an academic and scientific environment; I emphasized that this is not a media debate and it is about experts.

According to the 1995 census, the number of single girls and boys ready to marry in the country is equal.

– The wrong culture that girls must marry boys older than themselves, hurts our girls.

– The children of some women who were married to thinkers abroad were not given Iranian identity cards.

– For my part, I apologize to the women who were offended by the interruption of my speech, but I believe that the issues should not be erased.

These words caused harsher reactions to him, including:

محمودوندAlso a member of the National Security Commission Monday morning In an interview, he said: “Unfortunately, one of our colleagues said something about the issue of single girls that all colleagues, especially the noble sisters, objected to this gentleman. Such issues in the behavior and language of an official are not acceptable.” Okay It is very simple, how much are we spending today inside the country and the surrounding countries for the security of our nation ?! Unbeknownst to me, officials who have neither the commitment, nor the expertise, nor the work conscience raise the issue that our security costs will at least double. 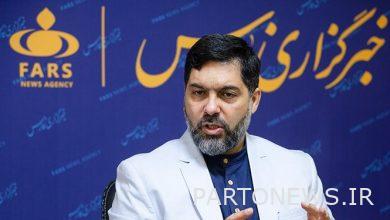 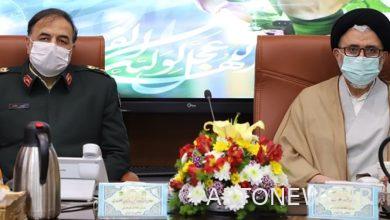 Dealing decisively with thugs, thugs and arms smugglers on the agenda of the country’s intelligence officials and the NAJA 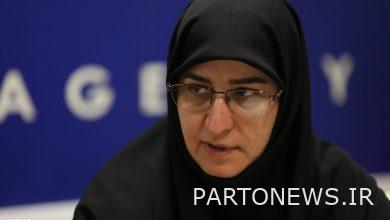 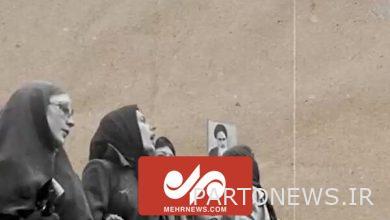