“Is Aseman Hotel an obstacle to the world registration of the Zandieh complex in Shiraz?”; This is a question that has been raised in the eyes of tourists in recent years due to the sight of this high hotel in the background of the image of Karim Khan Zand Citadel, and the Deputy Governor of Pilgrim Affairs and Tourism of Fars Province answered it in a press conference on Sunday.

According to IRNA, Mohammad Farrokhzadeh, who was present at the series of meetings of responsible managers in Shiraz, in response to a reporter who asked: “Aseman Hotel has created obstacles for the global registration of the Zandieh complex,” said: “Licenses have been issued and these licenses It was presented to the judiciary, and finally the judiciary ruled in favor of the owner.
He specified: the first two licenses have been given with the consent of the Article Five Commission and the last two licenses without the Article Five Commission and with the consent of the Municipality.

The deputy governor of Fars said: “Recently, UNESCO has changed the criteria and protocols that are considered as indicators for the global registration of historical monuments, and in the new criteria that have been announced, it is not clear whether the Aseman Hotel will damage the registration of the Zandieh complex.”
Farrokhzadeh stated: “If we conclude in the evaluations that this hotel prevents the world registration of Karim Khan Citadel and causes the identity of Zandieh complex to be damaged, we will definitely take the necessary steps to solve this problem, but when the judiciary issues a verdict, everyone must Obey this vote.
He said: “At some point, a permit was issued to demolish the extra floors of this hotel and the municipality carried out the demolition, but still no results were obtained, and at present, I do not know that the Aseman Hotel will be demolished.”

Deputy Governor of Tourism of Fars Province: The principles of crisis management in Roudaki Street have not been observed

The former head of the Tourism and Pilgrim Affairs Commission of the sixth term of the Islamic Council of Shiraz stated: The principles of crisis management in Rudaki Street, where this hotel is located, have not been observed and the width of the passage in this street is very small. The fire brigade does not have equipment to cover possible accidents.

Deputy Governor of Fars Tourism: What services did UNESCO provide to Shiraz in exchange for the global registration of Eram Garden?

The government laid the rails to develop housing capacity, it is the turn of the private sector
In another part of his speech, the Deputy Governor of Fars Province for Coordination of Pilgrims and Tourism said: “One of our most important problems in Fars Province is that the private sector is not fulfilling its capacities.”
He said: “Currently, the conditions for issuing permits and carrying out railings are done by the government, but our private sector is very weak in the field of housing and does not have the necessary cooperation with the government.”

Counting 100 semi-finished and stopped projects in the tourism sector
Farrokhzadeh continued: “One of the main priorities of this deputy is to attract and support investors and remove production barriers. Fortunately, two meetings have been held in this field so far and more than one hundred half-finished and suspended projects have been counted.”

The problems of Apadana Hotel in Persepolis were solved

The deputy governor of Fars added: Apadana Hotel was one of these projects that the problems of this hotel were solved after a two-year stop in the best spot we had in Takht-e Jamshid site, and changes and transformations will take place soon to establish a new complex.
He stated: Necessary follow-ups have been done to solve the problems of Cheshmeh Golabi in Darab, whose land was in the possession of the Red Crescent.

The removal of obstacles in the tourism sector was entrusted to the Deputy Governor for Pilgrim Affairs
“Our clear and clear priority is to support investment, productive employment and the removal of barriers, and this approach has begun in practice,” he said. Some of our actions have been taken in this regard and we have a coherent plan for other actions.
He said: “Currently, the affairs related to the economic sector and the removal of obstacles related to tourism and the affairs of pilgrims have been transferred from the economic deputy of the governorate to the deputy of tourism.”

We had 15 million traffic registers in Fars, not 15 million passengers
Regarding the statistics of Nowruz trips, the deputy governor of Fars said: “This year, we faced a significant number of Nowruz travelers.” Of course, some of the statistics announced by the press were not correct. In the province, for example, we have 167 recurring traffic cameras, which naturally counted close to 15 million. This is while 15 million people did not enter the province.
Farrokhzadeh stated that Fars province hosted two and a half million Nowruz travelers, and said: “We have 23,000 beds in Fars province, and the capacity of these 23,000 beds was completed before Eid, and we predict that this trend will continue until May.” A month that is considered to be a good season in Shiraz.

23 hotels are under construction

The deputy governor of Fars, pointing out that the issue of development of residential spaces is on the agenda, said: 23 hotels are currently under construction in Fars province, and four hotels will be put into operation this year. We are providing a space to encourage investors in the field of housing.
He said: “Observing the health regulations will prevent us from facing coronary restrictions and our activities will continue for the prosperity of tourism.”

Farrokhzadeh, believing that propaganda is a missing link in Fars province in the field of tourism, said: “Why the fabric does not prosper and why addicts do not give way to tourists and tourists is that we have not done any special propaganda for the prosperity of the tissue.” Unfortunately, there are some shortcomings in this regard. Meanwhile, the historical context of Yazd enjoys a good position in the country.
The deputy governor of Fars stated: If we do not work on discussing national budgets, effective propaganda and accompanying officials, we will not get results.
Farrokhzadeh criticized some media outlets and said: “They do not spend the time and time that the media spend on destruction.” According to the constitution, the duty of radio and television is education. Unfortunately, tourism and handicrafts have no place in the household basket. These issues show that we have not done well in the discussion of education and propaganda.
“Unfortunately, some journalists are creating a negative flow for personal interests, which are not criticized in the interests of the province,” he said.

Any damage to the historical fabric is doomed

The deputy governor of Fars, believing that anything that harms our tourism and our fabric has a problem and is condemned in our opinion, said: “Where there is no stability of management, there can be no positive impact and progress.” Necessary follow-ups should be done to stabilize the heritage status of the province.

Unite the tourism complex of the province

The official also said: “Providing investment conditions, activating semi-finished and suspended projects, strengthening advertising and making the private sector more sincere are among our most important programs.”
Farrokhzadeh recommended: The cultural heritage and tourism complex of Fars province should be united and this agreement should be reached at the provincial level so that we can solve the existing problems in this field.
The deputy governor of Fars announced: I believe that the field of tourism in cyberspace should make great efforts and in some provinces, good results have been achieved from cyberspace.

The budget of the Ministry of Cultural Heritage is small

In response to another question, the Deputy Governor of Tourism and Pilgrimage Affairs of Fars Province announced: Fars Province benefits from 3,087 registered historical monuments, more than 1,400 shrines and more than a thousand natural sites. Therefore, the Ministry of Heritage, with its small budget, can certainly not do much to boost tourism in Fars.
Saying that Fars is the largest inheritor of the country, he said: “We have the longest and most roads and tourist spaces and we are the fourth province in terms of population and size and Fars is even wider than 30 European countries.” Therefore, we expected Fars province with 18 representatives to have a larger share in the field of tourism.
Farrokhzadeh said: “We must strengthen our resources by making them transparent and providing appropriate solutions to solve problems.” We can do nothing by crushing, breaking unity, intimidating investors and filing lawsuits against each other.
The deputy governor of Fars announced: there is a need for procedural unity and we should all join hands to witness better events in Fars province and in an atmosphere that is improving.

Will 6 new signals be paid for the stock exchange / shareholders' dividends?

All museums in the country are closed today

About the Great Museum of Khorasan 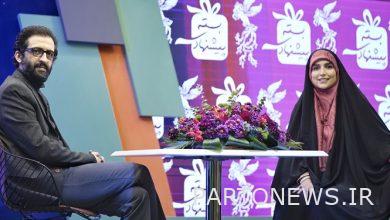 How did Shoaib get to work with Mustafa Mastoor? / Hatred in a press conference for the country 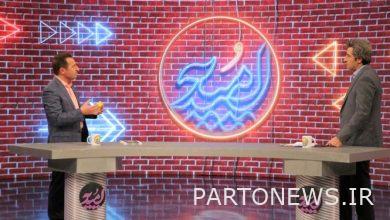