Kandovan rock village as a beautiful, historical and tourist village due to the continuation of life in the beautiful borders of Kaleh Ghandi, as well as its refreshing mineral water and healing and has been on the world record for seven years.

According to IRNA, the magical nature of Kandovan, which amazes everyone with its nature-built and God-given architecture, depicts special beauties in the heart of the cypress mountains, which seem to have been created for this region, so that it fascinates and attracts every viewer. Slowly

This fascination and amazing nature of Kandovan has caused tourists not to let go of their curiosity and not to discover its secrets and questions until they see the heart of these hand-made houses up close.

The gentle and cool breeze that constantly blows from the inside of these beehives and the borders of the village in the form of tourists and plays on their faces, automatically induces a calmness that after the pleasant sun on the slopes of the borders, when in the mountains. A journey to reach these limits, like a natural air conditioner, plays on their body and soul.

The path of the borders is closed with cobblestones and stone steps, and tourists have to walk more than 100 steps to discover the secrets of these stone houses.

Every tourist inadvertently wants to spend at least a few minutes inside the borders, take a souvenir photo and answer their questions by caressing the soul-stirring breeze of the borders.

The market for handicrafts, nuts, dairy products and medicinal plants is also underfoot, people are busy shopping after visiting the village, and most of the sellers are women in the village.

In winter, when women have more opportunities, they start weaving varnish, kilim and felt weaving, and in spring, summer, and even autumn, they sell their weaves to domestic and foreign tourists, and they play a serious role in the family’s livelihood.

Of course, he is not unemployed in summer, and in addition to housework and having children, when the aurora bores the sky on the threshold of light, they go in search of medicinal or edible plants and return to their homes and places of business before most tourists to Welcome your summer guests.

The children of Kandovan village still play old and traditional games that are obsolete or on the verge of oblivion in the cities, and the children of the city watch them in amazement when dealing with such games, and about those games that were once popular. , Ask their parents.

The paved entrance and walkway, three beautiful arched bridges over the clear river that runs through the village of Kandovan, lush green trees and an environment with an enchanting climate form a memorable trip for tourists. .

Along the flowing and beautiful river that passes through the center of Kandovan village, guests and tourists have spread their fun and entertainment, along with the natural attractions of this village, the traditional and local customs and games of the village children with urban children It also has its own charm.

This village has three beautiful and short stone communication and tourism bridges, which after passing the first bridge of the famous Kandovan mineral spring, which originates from the heart of the mountain, shows that it is fortunately organized and in a completely hygienic condition as a tourist attraction. The health of the village is well received, so that tourists have to stand in line for a while to use the spring water.

After drinking this refreshing water and polishing their liver, tourists take some Kandovan water with them as a travel gift, which according to experts is effective in most diseases, including kidney stones.

خبر پیشنهادی:   Examining the dos and don'ts of "choosing majors" in the "face-to-face" program

Some tourists present, while acknowledging that the use of Kandovan water has solved their bladder and kidney problems, invite others to fill water containers and use it as a healing liquid.

Kandovan with its two features of houses and stone borders in the heart of the mountains and mineral water is one of the unique tourist villages in the world, although there are two villages similar to Kandovan in the United States and Turkey, some of which introduce the twin brothers of Kandovan But the features and charm of Kandovan are the continuation of life on the borders.

The amazing rock village of Kandovan is unique in its kind due to the advantages of tourism, special nature and history, and as mentioned, there are only 2 examples similar to this beautiful village in Dakota, USA and Cappadocia, Turkey.

Kandovan rock village is one of the pleasant and wonderful tourist areas of the world, whose rare, original and beautiful landscapes caress the eyes of every viewer and amaze people, but the most important difference between this rare natural work and It has a history of being inhabitable, so that now the flow of life is established in the rock houses of this village.
Kandovan is a historical village with rocky houses and unpolluted and hospitable people that annually receive more than one million domestic and foreign tourists.

In an exclusive interview with IRNA, the director of the Kandovan village cultural heritage site said about the measures taken for the global registration of Kandovan village: “This historic village is on the temporary list for world registration, and measures have been taken in this regard.”

Mehdi Jadaei said: “These measures include following up on the approval of the approved privacy, following up on complaints of unauthorized constructions, preventing unauthorized constructions, holding two stages of auctions for handing over a batik house in Kandovan, forming and sending the file of Kandovan village as one of the three The proposed village has been a global tourist village.

He added: “Cooperation in preparing a video introducing the village of Kandovan for the Japanese Tokyo TV channel called” Tokyo TV “, which was produced in the past month, is another step taken to register the rocky village worldwide.”
Separation also regarding the most important civil and cultural measures and operations in 1401 in the national cultural heritage base of Kandovan village, said: Holding a motorcycling and car racing conference from Tabriz to the historical village of Kandovan, obtaining a parking space document and handicrafts market at the entrance of the village with an area of ​​12,000 And 500 square meters, repair and strengthening of damaged borders and marking and organizing the entrance parking lot with a credit of 4 billion Rials, construction of an entrance sidewalk from the front of the hotel to the toll booth with a credit of 8 billion Rials, repair and restoration of village paving with cooperation Dehyari village with an area of ​​approximately 100 square meters in different parts of the village is one of the most important measures this year.

He reminded: Kandovan village is ready to receive tourists and guests every year from the end of March to the end of December. In this regard, various measures such as the preparation of a five-star international rock hotel with a capacity of about 50 people and more than 50 eco-lodges For the stay of tourists, cleaning and cleaning the sidewalks and shoulders of the road from Kandovan village to Esfanjan village in coordination with the governorate and the city road administration, continuous cleaning and inspection of toilets and prayer halls for tourists, holding shops, permanent handicrafts exhibitions, souvenirs Livestock products, agriculture, local and regional horticulture, preparation of restaurants and eateries in the village and on the way to the village, cleaning the alleys and garbage collection of tourists by the village administration are other measures taken to welcome tourists.

Dehyar of Kandovan village also told IRNA: “About 200 families live in this village and there are many pre-Islamic and post-Islamic monuments in it.”

Mehdi Sadri stated: “Many visitors from different countries are guests of this village. Therefore, special attention should be paid to this world-famous village and according to these conditions, the facilities of Kandovan should be increased.”

According to one of the villagers, the income from Kandovan should be spent more on development and completion of facilities for hosting domestic and foreign guests.

Hamzehzadeh reminded: “Global registration of the historic village of Kandovan is possible with the full cooperation of the public and private sectors, and we must do our best in this regard.”

According to IRNA, the 7,000-year-old rocky village of Kandovan with its pristine rocky borders and the beauties of cave-like life are among the natural and historical attractions of our country in East Azerbaijan.

This village is located 62 km from Tabriz, the center of East Azerbaijan, and due to its rocky architecture and special texture, it has been registered in the list of national monuments, but it has been more than seven years since it was registered by UNESCO.
The houses of this village, which have been dug from the heart of Kale Ghandi and Kandavi rocks in the shape of Sahand mountain, are a symbol of the hard work of the people who built the houses with their own hands.
According to researchers, the existence of these rocks, known as Karaan, dates back to seven thousand years ago and life in it dates back to 1,500 years ago.

Kandovan village has been registered in the national monuments of Iran on May 6, 1997, number 1857.

Atai: It is difficult to meet Bulgaria / My players must redouble their efforts - Mehr News Agency | Iran and world's news

The soundtrack to “Sniper” has been released 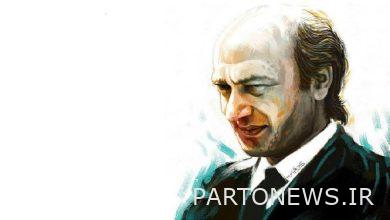 Commemoration of Ali Shariati in the special program “Return to Self” 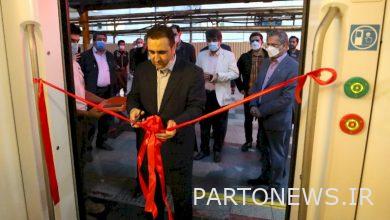 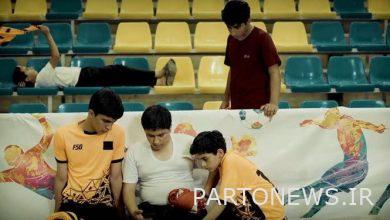