According to Fars News Agency, quoting the public relations of the Cinema Organization, Mohammad Khazaei, the head of the Cinema Organization, on the eve of the last Friday of Ramadan and Quds Day, referring to the importance of commemorating this day in the Islamic world, said: “Quds Day” ) Is a day that is not limited to Iranians and Shiites and should be said to have a special reputation in the Islamic world. No free human being can ignore what is happening in the Holy Quds and continues with the support of the West. All these years, Al-Quds Day has been a place for the unity of Muslims and the free people of the world, and it has not allowed the pure blood of the Palestinian people to be trampled on by the Western media. The media that distorts the news of the aggression of the occupying Palestinian regime and does not allow the constant aggression and disrespect of the Zionists to the qibla of the first Muslims to reach the ears of the free people of the world.

The head of the cinema organization continued: “Iranian cinema has been with the Palestinian people all these years.” Together with all the fighters against the oppression, injustice and expansionism of foreigners in Islamic countries. A festival like the International Resistance Film Festival is an arena for the expression of the art of artists who have portrayed the resistance anywhere in the world and painted the bright face of the heroes of justice and courage who did not bow to oppression. Many magnificent visual works about the resistance in Palestine, Syria, Iraq, Yemen and Islamic countries have been presented and seen at various film festivals.

Khazaei added: “On the eve of Al-Quds Day, with respect to the radiant spirit of Imam Raheel (RA) and thanks to the Supreme Leader of the Islamic Revolution, who has always been a symbol of oppression and oppressed Palestine, we announce to filmmakers that works related to honorable and central Palestine Resistance will be supported in the cinema organization.

“In today’s world of cinema, image and media are the creators of thoughts and the creators of waves,” said the head of the Cinema Organization. Winners of battlefields are those who own the media and speak the language of images. In the Islamic world, we need to develop the theater industry. Iran, as the most important cinema in the Islamic world, should be the flagship of producing and showing works that show the reality of what is happening to Muslims.

In another part of his speech, Khazaei said: The sub-categories of the Cinema Organization (Farabi Cinema Foundation, Young Cinema Association and Development Center) host and receive the ideas, plans and screenplays of filmmakers who are about Palestine and the axis of resistance.

He continued: “I hope that along with feature and short films, in the field of documentaries (due to its realism) we will see the growth of production of works about Palestine and the axis of resistance.” Cinematographers in this and other fields are definitely interested in recording the truth, and the film organization, with their support, keeps the flame of truth-seeking burning in the souls of these artists.

What is NFC and what is it used for in a mobile phone? 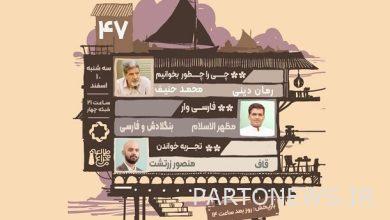 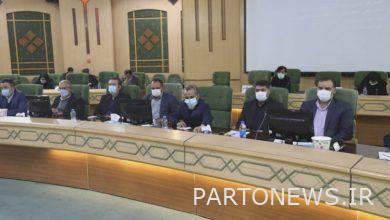 Tourism is an opportunity for employment growth in Lorestan