One of the capabilities of Android devices is support for NFC technology. In this article, we want to know more about it. Enafosi has received more and more attention every day after its implementation in mobile phones, laptops and other devices.

It is said that in the near future Enafosi will have the greatest impact on how we use our mobile phones. From shopping to connecting with friends or locking your vehicle, everyone will depend on the technology in some way.

In the following, we will examine Enafosi.

NFC stands for Near Field Communication and, as its name implies, is a set of standards for wireless communication over closed and short distances.

Smartphones or gadgets that have the ability to touch can easily transfer information between them.

RFID (Radio Frequency IDentification) are sometimes used interchangeably, but NFC is actually a newer version of RFID. RFID waves can have a longer range. Your side effects are read, while the infrared communication range is limited to 4 inches, making it highly efficient for sensitive applications such as using a credit card or entering security locations.

NFC enables two-way communication while RFID is a one-way reading technology. Transferring photos and connections between common Trit devices is an ephemeral use.

Which devices are prone to emphysema?

Most smartphones and some new laptops have a chip. Complete list of tools equipped with emfs by site The world of enafs has been prepared. Enafsi chips are also embedded in the tags and indicate which one your devices can communicate with.

How does NFC work?

Introduced in the early 2000s, the technology is available for wireless communication at distances of several centimeters of specific frequency, which is exactly 13.56 MHz. To use NFC, we do not need any physical connection between two devices equipped with this technology.

People use NFC with their smartphone, and to use it, all you have to do is connect your phone to the device you want to communicate with your phone within a few centimeters (such as the POS device, the NFC tag, and various devices for applications. Different (support this technology), approach to connect them and complete the process that NFC technology has been used to do, such as wireless payment, scanning, etc.

To use NFC, hold the phone within 5 cm or less of the NFC tag or NFC reader to communicate. When the connection is established between the phone and the NFC reader device, the encrypted information is exchanged between the two parties in a matter of seconds to perform activities such as payment, scanning, and so on. The high speed of this technology has led to its use in various fields in recent years.

For more information on how NFC works, you can read what NFC is and how it works.

How do we know if the phone has NFC?

In general, to find out if our phone is NFC-enabled or not, you can check the specifications of the phone by simply looking at its settings and searching for the word NFC in the device settings, if after searching for this word, the results contain it. Displayed, of course your phone has this technology and you can take advantage of it. In Android phones equipped with this technology, its icon can also be seen in the notifications panel.

You can also install an NFC-checking app, such as the nfc check-by-tapkey app, on your phone to test an app that does not have it (although this app is not available on Google Play and must be downloaded from unofficial sources). It should be noted that the logo of this technology can be seen on the body of some phones equipped with NFC. The model and name of some NFC phones also mention the word NFC

خبر پیشنهادی:   When will the iPhone with USB-C port enter the market?

If your phone does not have this technology, you can purchase this feature in your phone by purchasing an NFC SIM card equipped with an NFC chip. These SIM cards are offered by all three mobile operators in Iran, namely Hamrah Aval, Irancell and Rytl.

What can we do with NFC?

Enafosi is more about the “mobile wallet” than anything else. The idea that your smartphone will replace your cash and credit cards. This way, you can pay for your purchase with a tap on your mobile. Google Wallet Or Google Wallet is an example of this. You can store your credit card information in Google Wallet and get a “virtual bank card” to pay for all your purchases and expenses.

In addition to mobile payments, other other applications are:

Using these labels for different applications is quite simple and it is enough to write and record the necessary information in them and place it on different devices and places. Interesting applications of NFC tags can be used to create smart advertising posters using them, control the phone and perform various tasks with them, control the remote computer, control smart home devices and connect them to the main network.

To control different devices using NFC tags, it is enough to define and record different tasks for them to perform the relevant tasks when connected to different devices. In addition, by using these labels, the instructions for using different devices can be easily provided to consumers. If these labels are used in different goods, consumers can scan them to ensure their authenticity and activate their after-sales service (of course, if there is the necessary information in the labels).

Turn some toys into game characters and bring them to life on consoles: Some figurative toys support NFC, and you can turn them into real-world 2DS, 3DS, and 3DS XL consoles by tapping them on consoles with NFC chips. Enter different.

Using this service, which is offered under the name of Irancell wallet, you can just tap your phone on the NFC receiver to pay for subway or bus fare, and you no longer need to use the subway or bus electronic card. You can also use this service to enter the desired amount in the device for electronic payments with the POS device, and then tap the phone to make the payment.

If your phone does not have NFC capability, you can use this service by purchasing Irancell NFC SIM cards. To increase the balance of Irancell wallet, after placing the bank card in the bank teller compatible with NFC technology and performing the necessary processes for withdrawing the card, you should bring your phone close to the device to charge the wallet.

First mobile wallet service: In the first mobile NFC service, instead of an NFC SIM card, you should use the NFC tag and attach it to the back of the phone (of course, if the phone does not have NFC) and enjoy the same capabilities as Irancell NFC service. Rytl also provides NFC service

NFC is highly secure and is therefore used for mobile and electronic payments. Because the information is exchanged encrypted in this way, it is not possible to infiltrate and steal the information.

The future of NFC

Electronic payments become much faster and more secure as NFC spreads. In addition, if the use of NFC tags to provide information is expanded, the information transfer process will be very fast and easy and there is no need to use information provider brochures. Using this technology, the way electronic services are provided in stores and restaurants can be significantly improved and all the necessary information can be provided to customers quickly.

What is NFC technology?

What are the most important uses of NFC?

Among the most important applications of NFC are contactless mobile payment, providing various information to people in different fields using NFC tags and viewing this information by people just by scanning tags and also making tickets and e-cards using NFC chips. .

How to tell if a phone is equipped with NFC?

To make sure of this, just search for the word NFC in your phone settings, if a result is displayed with this word, your phone is equipped with NFC.

Khazaei announced: Supporting the production of films related to the axis of resistance 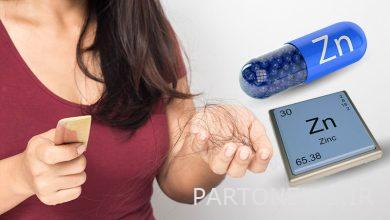 When and how to take zinc pills for hair loss 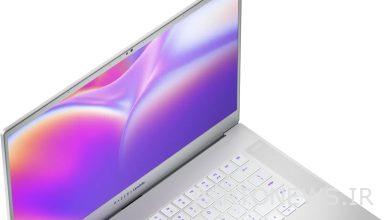 Razer Linux laptop released but not for gamers! 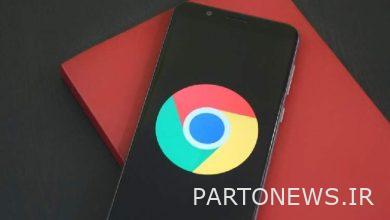 Updating Google Chrome 100 will cause problems for some websites