According to the visual correspondent of Fars News Agency, the press conference of the founding board of Mahestan Honar Foundation with the presence of Javad Bakhtiari, Mohammad Ali Sabzehkar, Banafsheh Masri and a group of calligraphy teachers was held before noon today (Sunday, March 6) in the central building of the Ministry of Culture and Islamic Guidance. .

Bakhtiari, referring to his love and interest in cultural Iran, said: “We are pursuing the promotion of the aesthetic standard of society and helping to promote the level of aesthetic taste in the Art Garden.” The glorious introduction of visual arts inside and outside the country, the effort to improve the level of education of various arts and theoretical reference in the art community with the participation of all people of culture and art, especially the elite in this field, is one of the goals of the Art Garden Foundation.

The chairman of the founding board of the Mahestan Honar Foundation said: “Our slogan is” Iranian art, a global citizen “and we chose this slogan and our past experience shows that we have not performed badly.

He claimed: “We will definitely follow the world record of Nasta’liq art and get help from all those who can help in this field.” We were passive in this field and our neighbors are registering our arts in their own name, we must complete the Nasta’liq World Register.

* Establishment of the annual Mahestan Award

Bakhtiari added: “We are considering replacing the culture of attention with the floor and the wall of the house.” In home decoration, our society pays more attention to carpets, furniture and sculptures than to the paintings that hang on the walls. If this issue is strengthened, an artistic interaction will be formed between the artist and society.

The chairman of the founding board of the Mahestan Honar Foundation said: “We have envisaged an annual award as a Mahestan in the field of visual arts, the details of which will be announced after Nowruz.” Neighboring countries have created a space that attracts our young artists and has influenced our artist identity.

Bakhtiari pointed out: “We do not intend to work in parallel and we believe that the more cultural centers there are, the healthier the society will be and the better it will be for the society.”

* The most important programs of the foundation of Mahestan Honar

He added: “The exhibitions held by Mahestan Honar are not technique-oriented, but content-oriented, and we will follow the change of taste and modeling.” Holding exhibitions of works by local artists abroad and vice versa will strengthen the spirit of peace between nations.

Sabzehkar said about the authenticity of works of art: “The artist produces his work to be seen and given, so distribution is important in the field of art.” Unfortunately, in recent years, with the distortion of the originality of works of art, the production and distribution of works of art have been damaged. We have all heard that the works of people like Sohrab Sepehri, Mohasses and Pilaram were excluded from the cycle of art auctions due to the claim of only one person. This shortcoming must be addressed by authenticating the works.

He added: “The foundation of Mahestan Honar creates the ability for anyone to confirm the originality of the work in any way they want, by using reputable professors and the latest nectology, and we hope that the reputation will return to this issue.” . Unfortunately, the works of many calligraphers are kept in their homes, as the possibility of presentation is very limited and exclusive.

Ali Soleimani, who will work in the field of marriage at the foundation of the Art Garden, said about the instrumental role of art in communication: “Art strengthens the spiritual connection between human beings and every artist can be a cultural ambassador.” As stated in the slogan of the institute, Iranian art is a global citizen. At the same time, we intend to hold celebrations for the greats in the field of art in order to introduce the young generation and the art-loving community of the country more. In this way, we will strengthen the cultural roots of the country and connect with the international community.

Kazemifard also stated in the continuation of this media conference: in the field of theorizing, we are considering conferences in order to strengthen the scientific atmosphere of art and we are trying to establish a scientific research journal related to the goals of the Art Garden.

We have no technical problem, we are mentally disturbed / we take the fan, we are revived

Teach your child these 10 rules 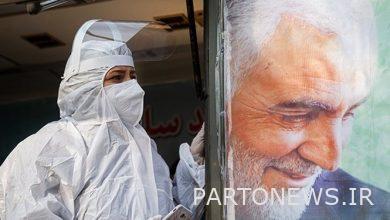 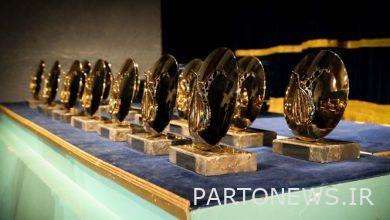 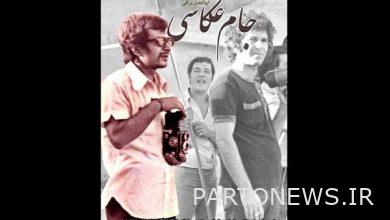 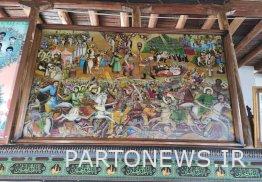