According to Tejarat News, Market returns In the period from 28 June to 2 July, it shows that three markets have grown and one market has been on a downward slope.

National Exchange, On the second Thursday of July, announced the selling rate of the dollar as 27 thousand and 720 Tomans. Meanwhile, on Thursday, June 17, the exchange boards showed the figure of 27 thousand and 439 Tomans.

The dollar of the national exchange entered the channel of 28 thousand Tomans this week, but returned to the level of 27 thousand Tomans. In the open market, there were many fluctuations this week and the dollar went back and forth to a higher channel.

The return of the gold market in the week ending July 23, 1401, was accompanied by a growth of 2.04 percent. Gold fell 1.97 percent last week after a few weeks of positive returns.

gold price On Thursday, 1,442,812 tomans were announced. This is while each gram of gold was traded in the market on the 27th of Khordad, one million and 413 thousand and 955 Tomans.

Coin market buyers also experienced price growth this week. During this period, the positive return for the new design coin was 2.98%. In the first two weeks of June, the coin had the highest growth among the financial markets. For example, the positive return of the precious metal in the second week of June was 5.37%. In the third week, however, it experienced a 2.35% drop in prices. Last week (ending June 28), it grew 1.07 percent again.

خبر پیشنهادی:   How do I calculate my car tax? + Car tax table

The price of gold and coins fluctuated a lot in June. In such a way that both of them moved in different channels during the month of Khordad. Gold went back and forth to the channel of one million and 500 thousand tomans. New and old design coins also entered the channels of 16 million and 15 million Tomans, respectively. Last week (ending June 18), the new design coin reached 16 million and 300 thousand tomans, but then fell to 14 million tomans.

Gold also went up to the channel of 1.5 million tomans, but continued to decline. In recent weeks, the new and old design coins have been fluctuating between the 15 and 14 million channels, respectively.

But in another aspect of Market returns In the period from 28 June to 2 July, the total index Exchange Unlike last week, it fell. The capital market ended the last week at the level of 1,533,393 units.

Meanwhile, the total stock index in the last working day of last week, Wednesday, June 17, had reached 1,564,333 units. These figures mean a 1.98% drop in the overall index. The stock market rose 2.90 percent last week. This figure was the most positive return among financial markets.

Sarah Fallah, a capital market expert on the stock exchange’s weekly forecast, said: “Although the market return was positive during the spring and some large and small stocks had good returns, it ended the 1401 stock exchange index with a negative return.” Thus, this week, as in previous weeks, we saw the outflow of real money from the market.

According to Tejarat News, financial markets have been affected recently Vienna talksIssuance Resolution of the Board of Governors And imposed new sanctions on Iran.

After creating upward fluctuations in the dollar and gold markets, the government tried to control the financial markets with measures. These included restricting the purchase of coins on commodity exchanges and meetings with exchange offices, and facilitating the buying and selling of dollars (market valuation).

Although these measures controlled the market to some extent, the free market dollar entered the higher channel again from Wednesday to mid-Thursday. Some market participants blame the lack of currency injection into the market by the central bank. Of course, at the end of last night, the dollar returned to the lower channel in the open market.

US Central Command spokesman Joseph Buchino claimed that the actions of the Iranian Navy did not comply with international standards of professional conduct or maritime safety and increased the risk of miscalculations and collisions. (stamp).

Of course, Russian Foreign Minister Sergei Lavrov had traveled to Iran to meet with Iranian officials. Experts say the purpose of the trip is to reduce tensions and find a way to resume the Vienna talks.

Meanwhile, Enrique Mora, the EU’s Deputy Foreign Minister, tweeted a video of a working dinner attended by EU High Representative Josep Borrell and Rob Mali, the US Special Envoy for Iran, in Brussels.

Mora described the meeting as the subject of an in-depth discussion on BRICS and regional perspectives in the Middle East. (Tasnim).

Recently, Saeed Khatibzadeh, a spokesman for the Ministry of Foreign Affairs, said about the negotiations to revive Borjam: “Washington’s one-roof, two-air policy has been clear to everyone for years. The US government has increased the international community’s distrust of itself. For this reason, we must be more careful about the interests and rights of the Iranian people.

He also said that the debt of the Iraqi Ministry of Electricity to the Ministry of Energy of the Islamic Republic of Iran was received through TBI Bank.

As US illegal and unilateral actions against Iran and its breach of the UN Security Council continue, the Hill website has called a new nuclear deal with Iran “unlikely,” citing some senior congressional lawmakers.

Hill, whose main focus is on news from the US legislature (House of Representatives and Senate), released a report Monday morning (Tehran time) entitled “Legislators (Congress) say a new nuclear deal with Iran is unlikely.”

The report from the American website claims that the senators of both parties, who have recently been in talks with Iran by senior officials of the Biden government, say that they doubt that Tehran will agree to any new agreement to limit the development of nuclear weapons. (فارس).

Yesterday, the New York Times wrote about the weight of Trump’s ominous legacy on the Vienna talks. The American newspaper called the Biden administration’s move in the event of a possible failure of the Vienna talks an unpleasant dilemma and cited Trump’s legacy as a major factor in the current situation. (Online Economy).

Issuance of a resolution by the Board of Governors and the imposition of new US sanctions on Iran Market returns It has made an impact in recent weeks. The government is trying to control the markets with measures.

How much does Shahrkhodro demand from Persepolis / Haidarpour: Darvish was unaware of the discussion of Hosseini's consent 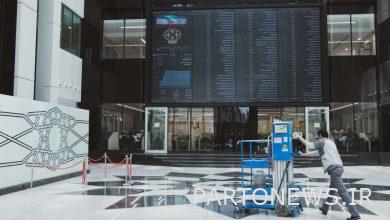 How many cars can be bought from the commodity exchange? Tejarat News

The law on organizing the automobile industry made imports conditional! 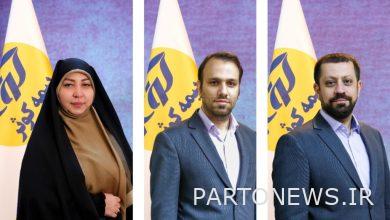 Appointment of Deputy and Managers of Kosar Insurance Marketing