The third month of the year ended as various financial markets grew, according to TradeNews. Market Returns in the Spring of 1401 How was it?

The price of the dollar National exchange grew by 10.57% in the first three months of this year. This is the lowest return among financial markets. This figure was 2.56% for the first two months of the year.

The National Exchange changed the selling price of the dollar to 24,994 Tomans on March 19th. Meanwhile, the national exchange rate was recorded at 27637 Tomans on 31 June.

In the free market, there have been many fluctuations in the last three months, but in general, it was up compared to March. In the last month of last year, the price of the dollar fell to 25,000 tomans due to positive news and optimism about the Vienna talks. But the halt in negotiations and some international and domestic variables boosted the dollar this year. The US exchange rate entered a new historical channel in June. But back to the lower channels. Of course, it still has a positive return compared to May. The national exchange rate also entered a new channel last month, growing by 7.82%.

In another aspect of Market Returns in the Spring of 1401Gold prices rose 17.14% during the period. This figure was 13.48 for the first two months of the year.

خبر پیشنهادی:   The sale of bonds decreased / a new signal for the stock market

Coin market buyers also made a profit in the spring of 1401. The new coin price growth was 26.22%. This is the highest return among the markets. In the first two months of 1401, the coin was in first place with 18.08% growth.

The price of gold and coins also fluctuated a lot from the beginning of this year, especially in the third month of 1401. In such a way that both of them moved in different channels during the month of Khordad. Gold went back and forth to the channel of one million and 500 thousand tomans. New and old design coins were also entered into 16 and 15 million Toman channels, respectively.

In another aspect of Market Returns in the Spring of 1401Overall Index Exchange Also grew last month. The capital market ended March 1400 at the level of 1,345,030 units.

Meanwhile, the total index of the stock exchange on the last day of June was 1,539,630 units. These figures mean a growth of 14.47% of the total index. In the first two months of the year, the stock market had the highest return after 17.45 growth after the coin, but now it is in the third place.

In another aspect of Market Returns in the Spring of 1401Pride prices rose 10.22%. This figure was 9.68% for the first two months of the year.

Signals affecting market returns in the spring of 1401

According to Tejarat News, financial markets have been affected recently Vienna talksIssuance Resolution of the Board of Governors And imposed new sanctions on Iran.

After creating increasing fluctuations in the gold and silver market, the government tried to control the financial markets with measures. These included restricting the purchase of coins on commodity exchanges and meetings with exchange offices, and facilitating the buying and selling of dollars (market valuation).

Although these measures had controlled the market to some extent, the free market dollar has entered the higher channel again since yesterday and fluctuates in the same channel today. Some market participants blame the lack of currency injection into the market by the central bank.

US Central Command spokesman Joseph Buchino claimed that the actions of the Iranian navy did not comply with international standards of professional conduct or maritime safety and increased the risk of miscalculations and collisions (October).

Today, of course, Russian Foreign Minister Sergei Lavrov traveled to Iran to meet with Iranian officials. Experts say the purpose of the trip is to reduce tensions and find a way to resume the Vienna talks.

Recently, Saeed Khatibzadeh, a spokesman for the Ministry of Foreign Affairs, said about the negotiations to revive Borjam: “Washington’s one-roof, two-air policy has been clear to everyone for years. The US government has caused the international community to distrust itself, and that is why we must be careful about the interests and rights of the Iranian people.

He also said that the debt of the Iraqi Ministry of Electricity to the Ministry of Energy of the Islamic Republic of Iran was received through TBI Bank.

As US illegal and unilateral actions against Iran and its breach of its obligations under the UN Security Council continue, the Hill website has called a new nuclear deal with Iran “unlikely,” citing some senior congressional lawmakers.

“Legislators (Congress) say a new nuclear deal with Iran is unlikely,” Hill, whose main focus is on news from the US legislature (House of Representatives and Senate), issued a report Monday morning (Tehran time).

The report from the American website claims that the senators of both parties, who have recently been in talks with Iran by senior officials of the Biden government, say that they doubt that Tehran will agree to any new agreement to limit the development of nuclear weapons (Fars).

Also yesterday, the New York Times wrote about the weight of Trump’s ominous legacy on the Vienna talks. The American newspaper called the Biden administration’s move in the event of a possible failure of the Vienna talks an unpleasant dilemma and cited Trump’s legacy as a major factor in the current situation (Economy Online).

Issuance of a resolution by the Board of Governors and the imposition of new US sanctions on Iran Market Returns in the Spring of 1401 put. The government tried to control the markets with measures.

Samsung is paying a $ 9.7 million fine for a Galaxy phone problem

Popular screening "without prior appointment" | Behrouz Shoaib: Master Ali Nasirian is the emperor of the performing arts 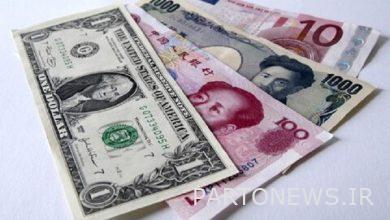 Stock market forecast for the fourth week of August (infographic)

Car price forecast in the first week of May / price fluctuations continue?