Kohgiluyeh and Boyer-Ahmad, with their various natural attractions such as pleasant weather, waterfalls, springs, and gardens, have many attractions for summer tourism, but mountaineering and mountaineering on the slopes of Dena and Khami will be a memorable experience.

Mountaineering is enjoyable at any time, whether in winter when the mountain is uniformly white or in the season when tourists take refuge from the heat to a waterfall in the heart of the mountain. The south of the province gives tourists a unique tranquility.

Mountaineering Breathing in the fresh air and walking among the fragrant edible and medicinal plants and seeing the large cliffs give a glorious feeling to the tourists.

In Persian literature, the mountain is a symbol of glory, stability and a symbol of love and hard work, and mountaineering is reminiscent of poems by poets and mythological stories. had.

To understand the mysterious beauty scenes of hard rocks and in harmony with the nature of the mountains, according to mountaineers, one should pick up and experience a backpack.

Mountain tourism capacities in the province

The four-season land of Kohgiluyeh and Boyer-Ahmad, with its high mountains of Khami and Dena, is one of the destinations for mountaineers in the south of our country.

Qash Mastan or Bijan Seh peak, with a height of 4,459 meters, is the highest peak in the Dena Mountains. Coming.

But not all the attractions of the Dena Protected Area are limited to its height, but the diversity of wildlife, waterfalls and springs and other pristine natural sights have added to its charm to the point that these days there are many mountaineering tours to its destination.

خبر پیشنهادی:   The visit of the representative of the Minister of Cultural Heritage to the heritage and tourism projects of the Rhine sector

Dena mountain range starts from 20 km east of Yasuj and continues up to 70 km northwest in Isfahan province and the city of Sisakht, the center of Dena city, is located at the foot of this beautiful mountain.

Khami Mountain with a height of 3,200 meters is another height of the Zagros Mountains, which is located in the south of Kohgiluyeh and Boyer-Ahmad and between the cities of Gachsaran and Basht.

Existence of 10 peaks more than three thousand meters, caves, cypress tree, roaring river, permanent waterfall, dense trees, velvet hills and colorful flowers has made this region one of the most beautiful tourist attractions of Kohgiluyeh and Boyer-Ahmad.

Sarun Peak, Bazgeh, Kol Vol 1 and 2 are located on the peaks of this mountain. It houses the beast.

The director of Denali Yasuj Club says: Mountaineering, with all the difficulties to reach the castle, gives a unique peace to human beings.

Farrokh Laqa Hatami, who has conquered the peaks of Iran and the world from Dena to Kilimanjaro, emphasizes that mountaineering is not only a sport but also a teaching of theology and self-knowledge: Mountaineering is a love of nature and a lesson in life.

The university lecturer, who made nine successful climbs to Damavand Peak as the roof of the Middle East, said: Climbing Mount Dena with peaks of more than 4,000 meters with about 50 stiff rocks is a good introduction to conquering the world’s highest peaks.

Hatami said that, of course, in order to conquer high peaks and pursue mountaineering professionally, it is necessary to take short-term training courses that those interested can acquire in the Denali Basht.

Hatami, referring to his fascinating experiences in trips that he has led sports camps in championships and sports olympiads of Payame Noor University and the Ministry of Science, says: “Health and peace are the gift of mountains to human beings.”

Farrokh Laqa Hatami added: “Denali Club has several programs this summer to conquer the high peaks of Iran and the world, which have been prepared in the form of group tours.”

Director General of Heritage, Culture, Tourism and Handicrafts Kohgiluyeh and Boyer-Ahmad said: Mountaineering programs to the high mountains of Dena and Khami in the province will be held in the form of tourist tours this summer.

He said: “Three tourist camps, Dal Dena Hotel and Kuh-e Khami eco-lodges are among the infrastructures that have been created for the reception and accommodation of mountaineers.”

Kohgiluyeh and Boyer-Ahmad, with an area of ​​about 16,000 square kilometers, are located between the provinces of Fars, Bushehr, Chaharmahal and Bakhtiari, Isfahan and Khuzestan.

Prior to the Corona epidemic, more than a thousand foreign tourists and three million Iranian tourists visited the province every year.

Kohgiluyeh and Boyer-Ahmad with 250 natural resorts, 300 holy shrines, in addition to 770 historical monuments registered in the list of national monuments along with anthropological attractions such as local costumes and dialects and local sounds and melodies is one of the tourist destinations in the south of the country. is considered.

I sit in the Ministry of Guidance with my assistants 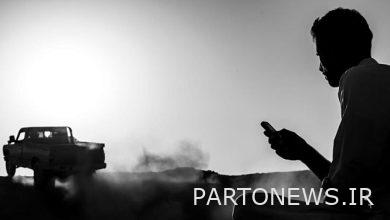 The first show “I came back alive” and “Unfinished days” 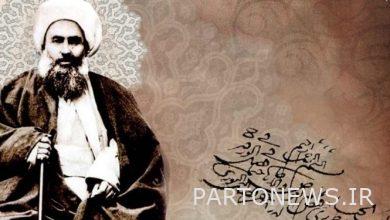 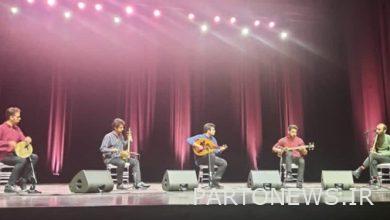