Seyyed Hamid Hosseini saidWego With the economic reporter of Fars news agency, stating that the commercial diplomacy of the country has a very incomplete structure, he stated: With this incomplete commercial structure, we will never be able to achieve export goals.

Board member Management The Iran-Iraq Chamber of Commerce, referring to the merger of the Ministries of Industries and Mines and Commerce in the previous governments, said: What was done under the name of integration was actually not integration but the destruction of the commercial sector of the country because after that we could not develop a proper system for the development of exports and competition during these years and we could not organize the distribution system.

He added: We occupied the country with extreme support of the production sector and spending money to revive the bankrupt units, while during the last 10 years our exports remained in the range of 37 to 48 billion dollars and there was no increase in exports.

Hosseini stated: Although In the production of items such as steel or petrochemicals, we had an increase in production, but we did not have an increase in exports because the country’s exports have not been in charge in recent years.

He continued: “In recent years, we have not had any minister who can manage a large ministry such as industry, mining and trade. People like Nematzadeh and Shariatmadari, despite years of experience in the ministry, are still from the ministry. silence They left unsuccessfully, what about people who did not have the necessary experience, background and executive work at the macro level.

Board member Management The Chamber of Commerce of Iran and Iraq stated: Last year, with the import of 14 million inputs compared to the previous year, 4 million tons of animal feed was imported into the country, but we still could not supply the market. This lack of success in regulating the market was due to the lack of a structure called the Ministry of Commerce.

Hosseini stated: In my opinion, there are dozens of reasons for forming the Ministry of Commerce, including competition, exports, distribution system, etc., and the most important is to focus on the Ministry of Foreign Commerce.

خبر پیشنهادی:   The president's emphasis on the implementation of the cultivation model during his visit to the Ministry of Agricultural Jihad

He added: Joining various economic and regional pacts, including brix And Shanghai It requires a lot of preparations, including by-laws and follow-up, definitely joining these agreements requires expert work by an independent Ministry of Home Affairs such as Commerce.

The member of the Iran-Iraq joint chamber board stated that the absence of the Ministry of Commerce has hit the production and commerce of the country and stated: For years, instead of focusing on production, we have forced the manufacturer to be an importer and an exporter himself and in various exhibitions. to participate and this is not true and nowhere in the world do they involve producers with these issues.

He added: The producer’s duty is to produce high-quality goods, while he should be relieved that the importer will provide the raw materials he needs on time, instead of making him involved in the import of raw materials.

Hosseini said: We have involved the production units in the import and export of raw materials, but we have not achieved success either.

He added: In countries like China, Korea, and Japan, they do not allow the manufacturer to export at all, and commercial law firms do the export work. In a country like Japan, the majority of exports are carried out by a few large companies. In Korea, exports are also carried out by a few large commercial companies. It is done and this is while we have destroyed big commercial companies in our country and with an extreme view we have thought that we should give all the work to the producer.

He stated: The formation of the Ministry of Commerce is necessary with a view to foreign trade and the development of foreign trade, and decisions against exports should not be taken in the government.

Referring to the importation of smuggled goods, Hosseini stated: We cannot close the country’s doors in the name of supporting domestic production, while the necessary goods enter the country through smuggling, and then we should be happy that we do not allow imports.

خبر پیشنهادی:   An increase of 45 points in the Tehran Stock Exchange index

He stated: Although it is said that the import of smuggled goods has been stopped, the value of the import of smuggled goods into the country is estimated at 12 billion dollars, and this shows that the necessary goods such as clothes, cosmetics, household appliances, etc. Payment of taxes and customs duties are brought into the country through smugglers.

He added: In exchange for the import of such goods, which are now being smuggled into the country, the export can be increased and instead of 48 billion dollars, it could be 60 or even 70 billion dollars.

Hosseini stated: Instead of the regulatory government importing quality goods from different countries, with the import ban, conditions have been provided for smugglers to import any low-quality goods into the country.

According to Fars, the users of this media have registered a campaign titled “No to the revival of the Ministry of Commerce” in the Fars Man section, demanding that the commercial sector not be separated from the industry.

Flight with the thought of Iranian coaches 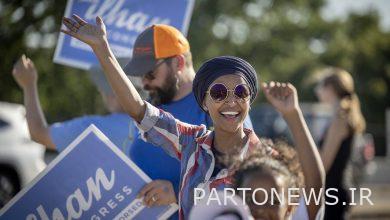 America returns to the corona crisis 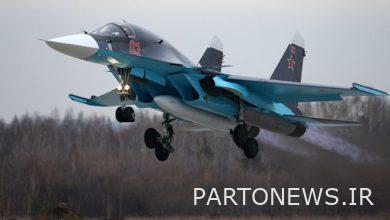 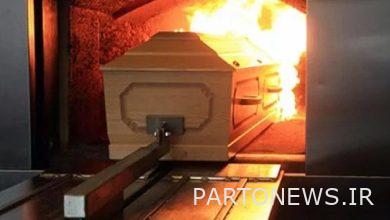