The website of the English newspaper Financial Times reported on Saturday that although the former US president helped to increase the popularity of Ron DeSantis, the current governor of the state of Florida, and by growing in the political scene, he won the vote of confidence of the people, but his hand has a serious rival. He has become the candidate of the Republican Party in the 2024 presidential election.

In the 2022 election, Trump supported candidates who claimed that the 2020 election was rigged to his detriment. But this claim caused voters to vote for competing candidates for fear of repeating the political unrest of the Trump era, and many people approved by Trump failed. This issue has fueled disagreements in the Republican Party and created a deep gap between the main body of the party and Trump’s supporters.

In the early days after the 2022 midterm elections, the results of a YouGov poll show that more Republicans and independent Americans now see DeSantis as a better choice for the 2024 presidential race than Trump. Among the mentioned spectrum, 42% prefer DeSantis and 35% Trump as the candidate for the 2024 presidential election from the Republican Party, while the results of the poll in October gave almost the opposite result, and Trump with 45% has more supporters than DeSantis had 35 percent.

Also, with the release of the preliminary results of the 2022 midterm elections, in which the Democrats have won the majority of the Senate and the Republicans are likely to take control of the House of Representatives by a small margin, many participants in this poll believe that the Republicans are outnumbered. Predictably, they have won seats.

Trump and the Republicans did not have a good fate in the US mid-term elections. As an aging president who is unpopular among Americans, with inflation and crime rates rising during his tenure, Biden was expected to make a dramatic victory in the recent election race for the Republicans. But the weakness of the Biden administration and the Democrats did not prevent the Republicans from taking advantage of this opportunity to win.

Trump’s negative influence is a big part of the current situation because the former president dominated the primaries. Across America, candidates had to win Trump’s favor in order to maintain their chances of winning their party’s nomination. He and his supporters used the issue of fraud in the 2020 presidential election and the weakening of the Democrats to appear influential, but these issues were of the least importance to ordinary voters.

However, it seems that not all problems stem from Trump. The history of the Republicans shows that they only simply point to the challenges of America, including inflation and high prices, and do not have any solutions to deal with it in the agenda.

The importance of the subject

Now that there is a difference of opinion within the Republican Party and the need for change, some have called for a switch from Trump and Iqbal to Ron DeSantis. This 44-year-old politician not only managed to win again in the highly competitive Florida election, but also increased his margin of victory to about 20 percent.

The American Fox News channel, close to the Republicans, also announced in a report: The biggest winner of the midterm elections is undoubtedly “Ron DeSantis”, the governor of Florida, and the big loser of this election is Donald Trump, the former president of the United States, whose selected candidates did not even make it in some election contests. Defeat their vulnerable Democratic rivals.

خبر پیشنهادی:   President of China on his way to Saudi Arabia; Riyadh hosts the meeting of Chinese and Arab leaders

Also, Mitch McConnell, who has been the leader of the Republicans in the Senate since 2007, is facing doubts about his retention in this position. McConnell appeared to have a firm grip on the Republican leadership post, but three Republican senators, Rick Scott of Florida, Mike Lee of Utah and Ron Johnson of Wisconsin, issued a letter calling for a delay in the vote, saying Senate Republicans need more time to consider potential nominees.

It seems that what the various factions of the Republican Party and political experts agree on is that whatever the results of the mid-term elections, the competition for the leadership of this right-wing organization will become public and intensify.

The split in the Republican Party, caused by Trump’s influence among conservatives, will make their future controversial. Members of this party seem convinced that Trump is damaging their party’s image. This factor can make them reject Trump, but it is not clear whether they will have enough courage to do so.

On the other hand, there is no sign of Trump retreating and his statements against DeSantis show that he will not be silent. Many Republicans believe that many people still see him as the face of the Republican Party.

In the midst of determining the task of the Senate and considering that Trump has implicitly promised to officially volunteer for the nomination of the Republican Party in the 2024 presidential election by November 15 (November 24), some Republicans have pressured him to make this decision. Postpone and wait until the state of Georgia’s Senate seat is determined.

But the recent election showed that even when Trump himself is not in the election, Americans do not favor Trumpist candidates who are deeply immersed in the conspiracy theory of electoral fraud and weakening of democracy.

The country's weather today, November 24, 1401/rainfall in Gilan and Ardabil 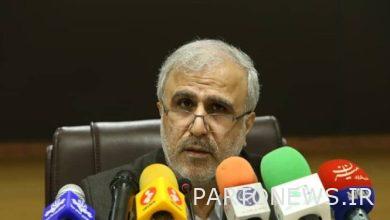 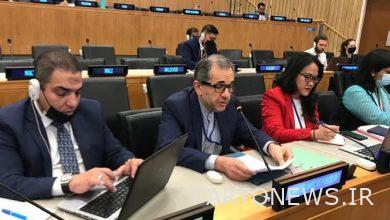 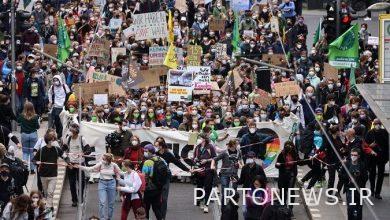 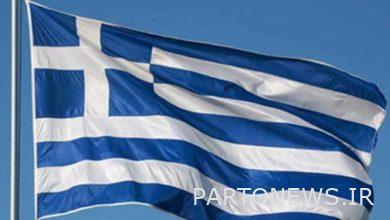