According to Moj news agency, Sadegh Ziyaian, head of the National Center for Forecasting and Crisis Management of Weather Risks, said about the country’s weather conditions: based on the analysis of the latest meteorological forecast maps, rain will occur in Gilan and east of Ardabil today, Tuesday (November 24).

He continued: On Wednesday (November 25), a rain system entered the country from the west and in the west and southwest of some parts of the center and northwest and gradually the southern slopes of Alborz in Qazvin, Alborz and Tehran provinces due to rain, sometimes thunder and wind. Temporarily intense, in areas prone to hail and snow in high altitudes.

According to the head of the National Center for Forecasting and Crisis Management of Weather Risks, on Thursday (November 26), these conditions are predicted for the northern half of Fars, Bushehr province, Alborz highlands and sporadically for the east of the country. Heavy rainfall is expected on Wednesday in Lorestan and north of Chaharmahal and Bakhtiari and on Thursday in the heights and slopes of central Zagros in Chaharmahal and Bakhtiari, Kohgiluyeh and Boyer Ahmad provinces, north of Khuzestan and south of Lorestan.

He added: Friday (November 27) also for the provinces of Fars, Bushehr, Kohgiluyeh and Boyer Ahmad, Chaharmahal and Bakhtiari, East Khuzestan, North Kerman and parts of the east and northeast of the country, showers and thunderstorms and temporary strong winds in high and cold areas. Snowfall is expected.

Ziyaian said: Saturday (November 28) with the departure of the rainy system from the country, relatively stable weather will prevail in most parts of the country, and in the next two days, the continuation of pollution and a relative decrease in air quality is expected for Alborz and Tehran provinces. Today the east of the Persian Gulf and today and tomorrow the Caspian Sea will be rough.

خبر پیشنهادی:   Unsafe places in Arak Bazaar should be prioritized for restoration/Cultural heritage is the best tool for national cohesion and unity of Iranians. 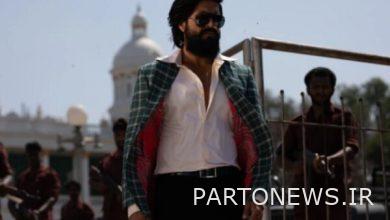 The second best-selling film in the world came from India

“Negar” is ready to be shown / The cry of a collapsed youth! 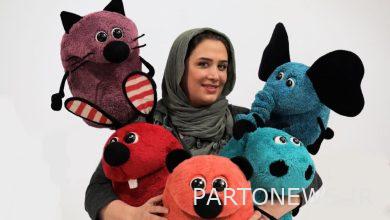