According to the judicial reporter of Fars news agency, Every year, more than 20 million legal cases are filed in the judicial system of the country, most of which are in the field of documents, documents that are sometimes forged and using the same forged document, other property is sold, one property to several people. It is sold and multi-plaintiff cases are created, and for months or years these cases change hands in the courtrooms.

Some of the legal documents are also related to “goodwill”. In a short word, it can be said that goodwill is like a lease, a right that a tenant gets in a business place by paying an amount to the owner, and for this right, he can use the business place with a small rent.

The repairs of the Sargafli shop are among the cases where many questions are asked by the Sargafli owners and tenants, including the Sargafli owners asking about the surface repairs of the Sargafli place, replacing the old door of the Sargafli place, or ceramicizing the shop floor or the shop wall, needing consent. Does the owner have it or not? The answer is no. Such actions do not require the consent of the owner, since minor repairs are legally the responsibility of the tenant, and major and general repairs are the responsibility of the owner. However, in order to remove any doubts and prevent any judicial actions of the owner in the future, it is recommended to record and record the current condition of the shop by providing evidence from the Dispute Resolution Council before making surface repairs or changing the door or shop decor, unless the owner In the future, to file an eviction lawsuit under this pretext, there must be a strong reason for the actions taken and the previous condition of the shop.

* Despite the many cases that have been created in the field of goodwill, why is the law of goodwill still valid and basically why do people want to buy and sell goodwill?

In this regard, Seyed Mehran Razimand, a lawyer at the base of a judiciary, in a conversation with a judicial reporter of Fars news agency, referring to the goodwill sale of commercial and office properties, stated: when the owner does not want to hand over all his property and receive monthly rent , he hands over the goodwill of his property.

* Can a tenant (buyer in good standing) do any kind of encroachment on the property?

In response to this question, he said: The principle is that a person can make any kind of interference because ownership has benefits; Except for the encroachments and possessions that the owner has prohibited and for which a performance guarantee has been considered, for example, the owner has stipulated that a bona fide buyer must obtain permission for general repairs or job change.

This basic lawyer of a justice noted: sometimes the owner intends to have a business working in that area, for example, that area or passage is only a trade of barbs and goods or cosmetic-sanitary products.

* Can’t these conditions be included in the sale of the shop so that there is no need to sell goodwill?

The mathematician said: When the ownership of a property is given to a person, he can no longer be forced to work only in a specific industry and field. When a person is an owner, he can change his job as far as the law allows him. For example, the owner decides to open a fast food shop and not to continue the business of that passage or area.

He added: On the other hand, there is no possibility of conditional ownership, by creating ownership, the object and benefit is presented and it cannot be conditioned. Therefore, the owners tend to hand over office complexes, especially in the central markets, in the form of goodwill. In this voice, they sell their shops with 20-30% lower than the actual price of the shop as permission (its goodwill) and they also receive monthly money in the form of rent.

Arizamand said: On the other hand, people also tend to buy goodwill because they can rent the shop at a reasonable price, and this point should be kept in mind that 20-30% of the purchase of goodwill in the market is economical.

* Can the owner evict the owner of goodwill from his property?

He answered: Yes, it can, there are two laws approved in 1956 and 1976 in this regard. According to the law approved in 1976, the principle is that the owner cannot evict the tenant from his property, except by meeting certain conditions.

This lawyer, a lawyer, further explained: According to the law approved in 1956, goodwill was concluded in the form of an annual or three-year lease contract, and at the end of the lease period, the owner could not evict the tenant from the property, and the tenant He was able to stay in the property. Except under conditions such as general and job changes or transfer to another. According to the law of 1956, if the conditions were met, the owner could evict the tenant from the property.

He continued: In the law of 1976, these conditions were removed and the principle was that after the expiration date of the contract, the owner can evict the tenant from the property.

Mathematical Mand said: In the law of 1956, another right was considered as the right of acquisition and background. For example, the tenant stays in the shop for 20 years, the owner would evict the tenant from the property under the circumstances. But he had to pay the tenant’s trade fee, this fee was calculated by an expert according to the tenant’s character, occupation and credit, and sometimes this trade fee exceeded the amount of goodwill.

* Did the legislator not violate the right of the tenant (property owner) by removing the right to trade and profession?

He said: The legislator has not done any injustice. According to the law approved in 1956, the principle was that the owner cannot evict the tenant from the property unless certain conditions are met. provided that he pays the tenant the goodwill at the price of the day.

Mathematician stated: For example, Muhammad buys a property worth 200 million Tomans in 1390, after 10 years, in 1400, the owner wants to evict Muhammad from his property under any circumstances. And according to the expert’s opinion, for example, 20 billion tomans “goodwill rights” should be paid to Muhammad.

Referring to the judicial cases in Sarqofli area, he said: the cases in this area are like lease contracts, basically there are many differences of opinion in lease contracts.

خبر پیشنهادی:   How much budget did Tehran Municipality consider for removing air pollution?/Where is the clean air law?

He continued: Also, the amount of rent that the owner of goodwill must pay to the owner of the property is another common dispute in the field of goodwill. Basically, the rent must be determined in the lease contract.

This basic lawyer said: According to the law of 1976, the owner is allowed to evacuate his property, if he does not want to, he must be paid. In general, they should agree that every year, for example, the percentage of rent increase.

Razi Mand emphasized: The law is clear regarding goodwill, but in lease contracts, we are faced with two owners at the same time, and in principle, tenants do not fulfill their obligations, many lawsuits are created in the courts.

What is your suggested solution?

He clarified: the use of compulsory arbitration can help a lot in solving goodwill claims and this is the best solution. Compulsory arbitration instead of creating crowding in the courts, the lawsuits arising from goodwill will be under the jurisdiction of the arbitration court due to goodwill lawsuits, the litigants must both pay two percent and can resolve their disputes in this court. A representative of the trade union can be present as an arbitrator in this court.

This basic lawyer of a justice noted: Before issuing the license, the necessary training regarding goodwill can be provided to it. In general, according to the existing contracts and the needs of the society, it is not possible to remove the goodwill law in the law. 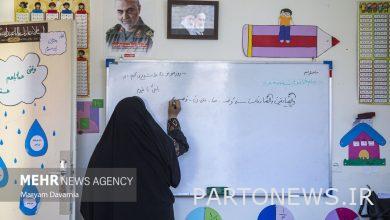 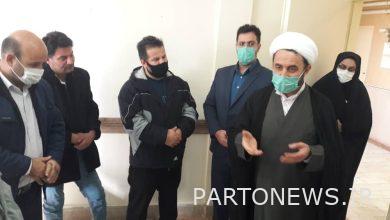 One of the corrupting grounds in the field of land grabbing is the failure to assign detailed plans or improve border lines. 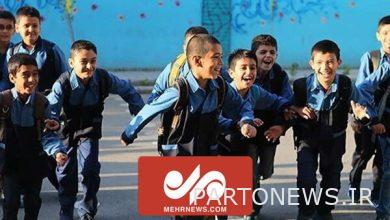