Mohammad Sadegh Bateni, the director of Omid Network, said at the beginning of the meeting: “I hope that Omid Network will become the driving force of Omid pumps in the country.

He continued: “We are building in some areas that are blocked in the field of adolescents by the efforts of adolescents in these areas.” Free And activate. We suffer in recognizing the language of the new generation Vacuum We were, not only on radio but in all cultural fields. The seminary, the Radio and Television Organization itself, and especially the education department, which is in charge of the youth seminary, have had less serious arrangements in the youth seminary, and we want a new generation with a movement. Way Let’s throw. We have a generation that is ready for big steps and we should seize this opportunity.

People are thirsty to talk to us

Seyed Ahmad Mostafavi, the director of Omid Network’s production group, stated in a speech: “People are thirsty to talk to us.” She was a mother who had 13 and 15 year old children Intensity She was concerned about her children’s media feed. This housewife to Intensity He also had good opinions, for example, he suggested that we have a sports training program, or he requested a series, because in foreign media networks, there are series for this age group. different it’s gonna be built.

He added: “Here comes a professional force that is motivated, including the producer and other factors, and there must be a change in content and Form Let it happen and we have a plan.

Mostafavi stated: “Now our focus is on what the adolescent needs and pay the same attention, including the discussion of choosing a field or entrance exam and… which are the main needs of the adolescent.” For example, from June 19th, we have a program for mining students that airs on the Omid network from 8 pm.

Referring to the new approaches in the network, he added: “The process of adolescent participation in the network is to be activated and he feels that he can interact.”

Mostafavi also pointed to the increase in production programs and stated: so far, 20% of the production network programs have been and the rest Security But from now on, about 60% of the programs will be produced.

In addition to being teen-centric, we strive to be teen-friendly

Continued by Alireza Kojouri, director Network supply “We tried to make the programs teen-friendly as well as teen-centric,” he said. Each program is supposed to be a must Security It also has a content add-on and is not just fun.

کجوری It was reminded: “Cinema Identity” including this Is a program Which will be aired from July 4, and we will have a summer film festival there, and we will have a re-arrangement of its cinematic works. In this program, we introduce both introductions and critiques and analyzes for teenagers.

Regarding the distribution of foreign films, he said: “The culture and works that exist in some countries have placed restrictions on us, but it has not been the case that we do not distribute foreign films.”

“Omid” broadcast is the smallest and most agile

Zolfaghari Network Broadcast Manager Hope too In a speech, he said: spreading hope as the most agile and the smallest Play The organization is well known and even praised by the technical and television complex.

He added: At the same time, the upstream view of this Play It has not been very serious, for example, from some issues or the quality of the image, it can be understood what problems we have faced, thank God, promises about اچ دی شد Antenna And equip the given structure.

Mohammad Shahbazi Soltani, another network manager, also reminded about the structures used in the network in the near future: We intend to use new forms of programming from game شوها And fascinating TV contests up to تاک شوها And even use streaming space.

He added: Omid Network is an independent production in the field of film and Serial And it will have animation that will be in different and diverse genres. One of the ways that it can meet the goals is the idea bank, whose ideas we can get from all audiences.

Adolescent audiences are not just consumers

Mohammad Hassan Lotfalizadeh, the director of Omid Club, also reminded: “Unlike the child, who is only a consumer, the adolescent audience is an active audience that both sees and thinks and wants to deconstruct and create new events.” Club of Hope is set to be the first Organization Teenage Be a country and of capacities Neglected use Let something happen in the country.

He added: The main The club’s job is to use these capacities, activate them and connect them to other capacities. They themselves eventually become the main producers of the media.

The esoteric continuation in answering the question about the necessity of a program گفتگومحور He explained to the teenagers: “We have the” zero hour “with the presence of the teenagers themselves and we discuss their issues more directly. We have also prepared a capacity called “Blue Room” for their advice. This is one of the main needs of children, the need for counseling in various fields of education, family and even limited Antenna It should not be followed on platforms.

In response to another question about making enduring series such as “Glorious Stories”, he said: “The Glorious Stories series is a part of many memories of the 60s and 50s, but if we broadcast the same series on TV today, teenagers will not follow it, but we are two areas of the series.” And we follow animation seriously.

He also announced another project: one سیت Com we are writing, Plan More detailed We also have the name “family on the way” which will be very different. This series is the story of a family in 1400, from which the president of the country was elected in 1440. For the first time on TV, it is an interactive series and the audience can follow the story تلوبیون To change.

Consultation with Farabi to produce a movie

Bateni announced the making of a movie: We had a consultation with Farabi so far a film Let’s make a cinema with the leadership of the network and the investment of the Farabi Foundation. This film is about teenage girls and we hope it will reach the Fajr Film Festival.

In another part, he talks about the “citizen reporter” scan that is going to be on the network Way Bindazd said: the capacities as well Increase We do and we are not going to invent the wheel from scratch. We raise the issue and we call and the teenagers will cooperate with us in this regard.

Omid Network Manager about the various structures developed by platforms such as تلوبیون “We want to cover the small delegations that teenagers have around the country,” he said. Goal League Small We launch or have various plans that we will carry out.

“We have not been able to provide a common language, the new generation of teenagers is so powerful that their different specialties can be used,” he said of the neglect of teenagers during these years.

In another part, Bateni said about making similar versions of “Hello Commander”: I once said “Hello Commander”, all 38,000 Billion budget Challenged the culture of the country, this work has been very popular and Teenagers in Nigeria, who may not even know the language, have read this passage.

He added: “However, it is not supposed to be” Hello Commander ” های Second and third to be made, we have a variety of issues, but this piece showed us a few new scenes and lit up some places like a flashlight, including showing that our children desperately need an epic space. Hello girls military this Poetry They came together and made us realize that there is a void for this space that we do not have in return.

In the end, the director of Omid Network said: “We have many elites that we could not introduce.” Hi Commander, sit well in this area. Our period was the second period of June, and some people around us said do not shout too many rituals of the revolution, but today our children go to Azadi Stadium and shout their ideals in the field of revolution.

How long do the winners of the car lottery have to pay? / Another ambiguity!

What is the clear message of a 50% increase in cinema tickets? 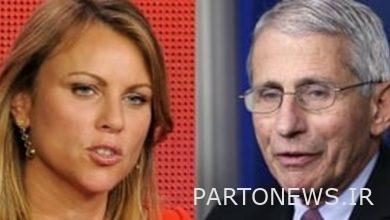 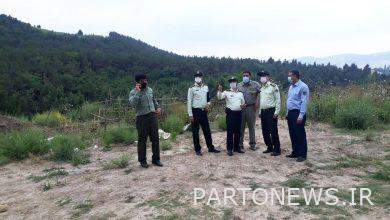 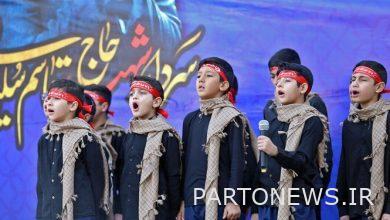