Piavin Baneh village is one of the few tourist-oriented villages in the region that has not undergone transformation and modernization due to its old and stepped value texture along with preserving the rural culture and customs of the past and still smells of the village.

According to IRNA, Piavin village with 51 families and 200 people is located in 35 km of Baneh and in Namshir section. This village has an old and stepped texture and preserving this texture has attracted tourists to the village and the village tourism project has preserved Rural value is running slowly.

The project to introduce Piavin village as a tourist destination village began in 2017. Due to the valuable rural textures, the use of mud, stone and wood in the construction of the building and the shape of the mineral stairs have been selected in the implementation of this project. The project is now 30% Physical progress remains stagnant.

The credit of this project has been provided from national credits. So far, about 10 billion Rials have been allocated for the implementation of the project and part of the paving of the village roads has been done with the participation of the people.

Piavin village tourism plan is traditionally implemented by preserving the valuable rural texture in several sections such as flooring, paving, retaining wall, sewerage, installation of doors and windows, open space, construction of a square with the local symbol of the region and spring design. Be.

In the past, Piavin was the home of famous and brave men, which is why Piavin, named “Piavo” in Kurdish, means man and Piavin is a group of men.

I went to Piavin village to prepare a report with the coordination of Dehyar and members of the Islamic Council. The Baneh Housing Foundation did not cooperate in preparing this report.

One of the important tasks of the women of Piavin village is to bake local bread. In the back alleys of this village, there is always the smell of fresh bread. I was invited to their warm and intimate party.

In an interview with IRNA, one of the women said: “The women of our village do all the traditional work and most of the work is done collectively and in cooperation.”

Golchin Hosseini added: The women of the village are happy with the presence of tourists and serve them with local bread and traditional food.

He also called on the authorities to complete the implementation of the tourism target village as soon as possible so that we can see more prosperity in the village.

Referring to the problems of the village that most women struggle with, he said: “Our village has a lot of water resources, but due to problems with pipes and the lack of a suitable source, we always have problems with drinking water.”

The pristine nature of Piavin

A member of the Islamic Council of Piavin also said in an interview with IRNA: “Everywhere we look, we see natural linguistics and this is the most important attraction of Piavin village. Has a high.

Ali Ahmadpour, referring to the kinship relations of the villagers, added: “In the first three years, the implementation of the tourism project in Piavin village progressed well, but in the last two years, the project has been slow.”

He stated: The building texture of Piavin village has not changed much since the last 100 years and the villagers have preserved it because of their interest in the traditional texture and the women of the village do things like baking local bread and local food as in the past. .

He added: “We expect the implementers of the project to finish the project sooner, considering the importance of the tourism boom, and not to leave the projects half-finished.”

Criticizing the plan of Cheshmeh village building, he said: “The plan that has been implemented for Cheshmeh building has disturbed the traditional texture of Cheshmeh and even the village. Cheshmeh building is a chamber, neither traditional nor modern design, but has an unprincipled texture that defines projects.” Tradition is at odds I hope it will be reconsidered.

The member of the Islamic Council of Piavin village added: The construction of the Cheshmeh building is the only thing that has been done in the past year, which is completely unprincipled. In the past, this Cheshmeh had small chambers and ponds that were used as baths, but It was destroyed by the implementation of this plan.

The oldest house in Piavin village is more than 100 years old at that time. And the old man lives with his middle-aged daughter who takes care of them.

The elders of this house say that this house was built before we were born and that it may be more than 100 years old. They are both sick and the old woman is breathing with an oxygen capsule.

Maryam Azizi, the daughter of this family, says: You can not live here even for one night, but we live in it. My mother and father have been ill for many years and need a lot of care and are alive with medicine.

He said: “This old house has several openings through which light shines in, and the mud straw walls and wooden roof of the house are black due to the smoke from the stove and the fire, and its atmosphere is dark.” We demolished, rebuilt and repaired part of the house, but we did not change the framework. It was also gassed 2 years ago. In this old house there were still agricultural tools and old tools that were widely used in the past.

Dehyar of Piavin village also said in an interview with IRNA: The executive operation of Piavin village tourism project has been started since 2017 by preserving the valuable rural texture and a large part of the paving of the village roads has been done.

Salar Ahmadpour, referring to the slow implementation of the Piavin village project, added: “One of the problems of the village is the lack of health services for tourists. The old health services have already been destroyed.”

He said: “Despite the fact that the village project is half-finished, but considering that the village has preserved its old and traditional texture, about 150 tourists from different parts of the country come to see the village every month.”

Ahmadpour continued: “Some people also come to Piavin to make wedding clips and various movies. They have to rest in inappropriate places when we do not have a proper health service and a suitable place to stay and receive them.”

Referring to the important attractions of Piavin village, he said: “The most important tourist attractions of this village are pristine nature, natural water springs and traditional and old texture, which will attract more tourists and provide sustainable employment for the youth of the village.”

Dehyar of Piavin village added: Tourists from different parts of the country travel to Piavin village every year to see the valuable traditional texture and pristine nature, but due to lack of amenities and lack of accommodation, we can not receive them properly.

He said that the project is being implemented by the Housing Foundation: “They were supposed to design all the houses in the same way and build a sports space and green space, and the village sewage would be reconstructed, but these measures have not been taken yet.”

Baneh border city with 158 thousand people is located 270 km west of Sanandaj, the capital of the province.

Criticism of the referee of the England-Germany match / Iran's opponent's penalty was wrong? + Movies

Will the stock exchange replace real estate and cars?

The doors of the museum must be opened to the people 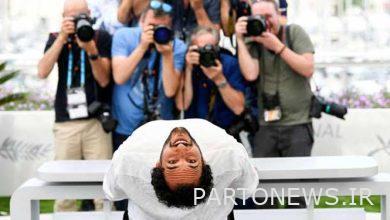