According to Moj News Agency, this morning Sadegh Ziaeian, head of the National Center for Crisis Prediction and Management of Weather Risks, said about the country’s weather conditions: “On Monday (May 25), the precipitation system is active in the western half of the country. In Qazvin, Alborz and Tehran, some areas of Isfahan, Fars and north of Nowshahr, as well as in the west of Mazandaran, Gilan and east of Ardabil, rain showers, thunderstorms and strong winds are forecast.

He added: “Rain will be heavy in Kurdistan, Zanjan, north of Kermanshah, east of Lorestan and north of East Azerbaijan, and the rise of dust in prone areas and hail is not far from expectation.”

The head of the National Center for Prediction and Crisis Management of Weather Risks continued: Tuesday (May 26) will cover the entire system of the country. And Baluchistan and Hormozgan strong winds will sometimes dust.

He added: On Wednesday (May 27), except for the southern strip, rain will occur in other parts of the country, and wind and dust are expected in some southern and southeastern regions of the country. Thursday (May 8) Rainfall will decrease in the west and southwest.

According to Ziaeian, rain continues in the northwest, east coasts of the Caspian Sea, North Khorasan and Alborz heights. Also in east Semnan, south Khorasan Razavi, north Khorasan and north Sistan and Baluchestan and Kerman, Yazd and east Isfahan. And dust rises and this system leaves the country.

According to Ziaian, the Persian Gulf is expected to be rough on Monday and Tuesday.

When are magpies ready to trade? 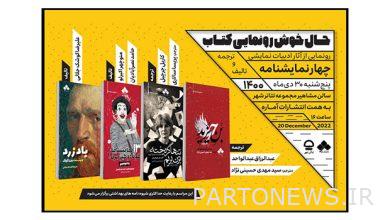