According to the Mehr reporter, Qasem Ahmadi لاشکی On Tuesday evening, he told reporters about the latest corruption case in the Cultural Reserve Fund: The 10th parliament investigated the fund, dealt with many, many capital banks received facilities at such rates, and part of the money went to the fund. Was returned.

He went on to point out that a number of members of the fund had been sent to prison, adding:

The Deputy Minister of Legal Affairs and Parliamentary Affairs of the Ministry of Education, noting that there are more than 50 companies in the Cultural Reserve Fund, said: Of these, 17 are petrochemical and energy companies, which are entitled holding پتروفرهنگ It is managed while there are service holdings, investments and the like in the fund and we are looking for a program. ریزی And we are planning to use their capacity in the fund.

Ahmadi لاشکی He continued: “The reserve fund now provides services to people who retire or die.” while We are talking about providing services to educators, including welfare, treatment and insurance.

He added: “Therefore, we are looking to repair insurance for educators and in the coming days you will hear good news in this area, which I believe in this About The same capacity of the reserve fund can be used.

The Deputy Minister of Legal Affairs and Parliamentary Affairs of the Ministry of Education, in response to the Mehr reporter, also stated about the equalization of teachers ‘and retirees’ salaries in 1401: الخطاب We are the law; Article 30 of the Sixth Development Law explicitly addresses the issue of equalization of employees and retirees, and we have done what is required by law in the Ministry of Education to date.

Ahmadi لاشکی AfrodThe legislature will decide whether this program will continue in the Seventh Development Plan, and we are waiting for what will happen.

No teachers are in custody on union matters

In response to a question about the arrest of educators in union protests, he said: “The teacher’s place is in the classroom and now no teacher is detained on union issues, but if the issue is beyond the union education issues, the minister can not do anything.”

Ahmadi لاشکی Regarding the change in the status of cultural figures, he said: “The status of about 75,000 cultural figures is a pact that seeks to be formalized, and these have been absorbed since the 1980s.” in this About We are following up. Two weeks ago, a meeting was held in the Program and Budget Commission of the parliament, and we are waiting for the employment affairs organization to announce its agreement and for the parliament to approve it, so that the problem can be solved.

He continued: “The change in the status of certain labor forces that are subject to the Comprehensive Law of Veterans is now underway, but the law does not allow us to do the rest at the moment.”

There are 22,823 people purchasing educational services in the country

خبر پیشنهادی:   Legal and executive gap in the payment of traffic fines to municipalities / Metro's small share of the 1401 country budget

The Deputy Minister of Legal Affairs and Parliamentary Affairs of the Ministry of Education, referring to the existence of 22,823 service purchasers in the country, stated: This ministry has a shortage of manpower, part of which is compensated by our current teachers by overtime; If a teacher has more than 20 years of experience, 20 hours, and if less than this Four hours The class is working overtime.

Ahmadi لاشکی Stating that the shortage of manpower of this institution is also used by retirees and about 8 thousand teacher soldiers in remote schools, school deputies, right teachers Teaching Azad will be compensated, he continued: “Another part is the forces purchasing educational services, for which there was no special directive to support them.” According to Article 41 of the Government Financial Regulation Act, which states that places you could not cover can be provided by purchasing educational services, and we recruited personnel under this law.

He pointed out that last year a procedure was prepared for the payment of monthly salaries and insurance for these people, noting that this year the Court of Audit objected to this method that according to the labor law, these people must work 44 hours a week to deduct insurance and with 24 He objected to teaching hours per week.

The Deputy Minister of Legal Affairs and Parliamentary Affairs of the Ministry of Education continued: “Nevertheless, following up with the deputies, especially the representatives of Isfahan, it was decided that the Speaker of the Majles should correspond with the Court of Accounts that these teachers should not work 44 hours a week.” This problem was also a concern of the service purchasing forces in Qom and Yazd, and the honorable Minister of Education in this About They corresponded with the head of the president’s office.

Ahmadi لاشکی Stating that the solution of the problem of service purchasing forces is subject to the letter of the parliament to the Court of Accounts, he also stated: the law of attracting the right forces Teaching This is not possible until the legislature enacts a new law.

He added that except for Article 28 (through exams) and the four-year course of Farhangian University, we will no longer be recruited. Test 70% of the written score and 30% of the interview براز These people are considered with privileges with service history and the age of service purchasing force is deducted from the year of service.

The Deputy Minister of Legal Affairs and Parliamentary Affairs of the Ministry of Education stated that since the presence of the new Minister, we have held two meetings with the Budget Planning Organization and the Employment Affairs Organization to organize the force. We try to make up for the shortage of teachers with official forces.

The teacher ranking bill is being considered by the Guardian Council

The Deputy Minister of Legal Affairs and Parliamentary Affairs of the Ministry of Education also stated about the bill on ranking cultural figures: This bill is 25. ۱۱‌. 1399 was presented to the parliament and the Education and Research Commission and the presidium of the parliament tried to help and with their efforts, the bill for ranking cultural figures was reviewed and increased from 10 articles to seven articles and is now in the Guardian Council.

Ahmadi لاشکی Referring to some problems in the bill, he stated: One of the problems of the bill that the parliament solved was that they did not accept the administrative staff, while there are 42,000 administrative staff in the Ministry of Education, all of whom are teachers, and With this material, the office room is empty می شد.

He continued: “Another problem was that they had specified quotas in five degrees without a title, but in reviewing the bill, they were named as teacher assistant, teacher instructor, teacher assistant, teacher associate and teacher professor, and their position was determined.” , Stated: the government had given a quota to at least 30% to be ranked first and… while That there may be capable people who have a first rank, that is, a teacher, and thus created quotas for rent and corruption, and it was possible for someone with a party to gain these ranks, which the parliament eliminated.

He continued: “In this bill, it was first announced that teachers’ salaries would be increased by 25 percent.” while Which after checking the position and Alignment For educators Based on The rank is expected to increase by 10% for teacher coaches, 25% for assistant teachers, 37% for assistant professors, 47% for assistant professors and 52% for teachers, but in terms of budget, will it be implemented or not ?! We are waiting for the Guardian Council. Announce the result and must rely on Article 7 Religion Letter be specified by the end of 1400 ranks of individuals.

The Deputy Minister of Legal Affairs and Parliamentary Affairs of the Ministry of Education stated regarding the consideration of the recruitment of Article 28 forces: According to Religion Letter from Farhangian University Individuals with a higher degree than a bachelor’s degree should be admitted through the education recruitment test. This test has been held several times and now 34,800 of them are supposed to be hired, and the honorable minister is looking to increase this number and we are waiting. They are selected based on needs as soon as they are notified.

Ahmadi لاشکی Expressing satisfaction with the situation of schools in Isfahan, he stated: The principals of this province are in coordination with the National Corona Headquarters; The Minister of Education is a member of the Corona National Headquarters, and according to what was decided in the headquarters, we will advance the space in the best way.

According to the Mehr reporter, Ahmadi لاشکی Deputy Minister of Legal Affairs and Parliamentary Affairs of the Ministry of Education during the trip one-day To Isfahan this morning from five schools in districts 2 and 4 of this metropolis visited. In this evening’s meeting with reporters, representatives of teachers purchasing educational services were also present and raised their concerns. 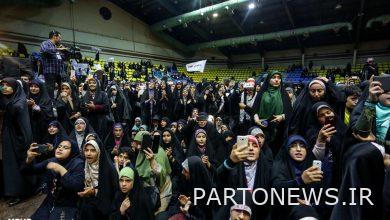 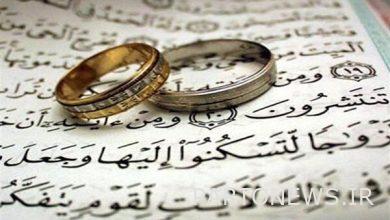 What are the benefits of e-Marriage Office? Mehr News Agency Iran and world’s news 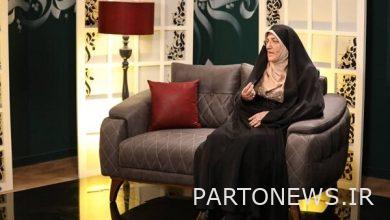 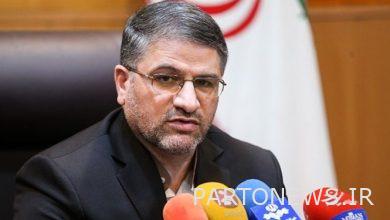 Head of Forensic Medicine Organization: Iran is one of the countries producing genetic kits in the world