According to the Fars news agency, citing the Media Center of the Judiciary, “collecting overdue claims” and “compensating damages to creditors, creditors and losers in the shortest time and as much as possible before the court” are the two main strategies of the judiciary in the era of transformation and excellence. In the handling of cases, he oversees bank arrears and multi-plaintiff cases, and during the recent period, Hojjat-ul-Islam Mohseni Ajeei has emphasized in this regard and has issued specific orders to the relevant judicial authorities.

Expediting the collection of government claims and “removing the name of the bank from the list of plaintiffs and claimants of the debtor, which causes a change in the type and duration of the punishment of the accused person”, are among the advantages and benefits of collecting bank claims in the stage before the court issues a verdict.

According to the available statistics, the names of the bank debtors were sent to the judicial system with the cooperation of the government.

In the same context, Ali Al-Qasi Mehr, Chief Justice of Tehran Province, about the new process in the period of transformation and excellence of the judiciary in Tehran, that before the cases of bank debtors and economic system disruptors are sent to the court, people’s property will be seized. He stated: One of the important programs in the period of transformation and improvement of the judiciary is to deal seriously, decisively, lawfully, deterring and instructive with criminals and economic corruptors.

He added: One of the important goals that we are pursuing in these judicial actions and meetings is the issue of faster restitution of the violated rights of the government and the people and the return of the funds that the economic corruptors have obtained through influence, abuse and rent to the big banking facilities.

The head of justice of Tehran province noted: In many cases, we have witnessed that large facilities have been taken to carry out production and industrial measures, but in unapproved cases, they have been spent and with the purpose of corporate work and personal use, important and heavy blows to the production area. and the economy of the country has entered.

Al-Qasi stated: In dealing with cases of economic crimes, the issue of protecting the rights of the government and returning the facilities that have been withdrawn from the banking network through the receipt of facilities is on the agenda. In order to realize this at the court stage and possibly if the case is sent to the court, we will follow these two issues so that the individual can freely return the government funds.

خبر پیشنهادی:   The readiness of the judicial system to cooperate with the member countries of the Shanghai Cooperation Organization

The head of justice of Tehran province noted: In the last few months, a number of cases related to economic crimes, considering that their cases have been in the court stage with the issuance of an indictment, we tried to somehow convince these defendants and debtors in order to settle the debt and return government funds to the banking network.

Stating that significant funds have been returned to the banking network and the government, the Chief Justice of Tehran Province said: Despite the fact that these cases were not yet open and had not resulted in the issuance of a verdict, at this stage of the proceedings, significant measures were taken to return the funds.

خبر پیشنهادی:   My Persian The contract status of Tehran Metro contractors should be determined

The Chief of Justice of Tehran province noted: Out of the total foreign exchange obligations of Sarafan group to the banking network under the agency of Tourism Bank, in the amount of 76 million euros, the value of which is 2 thousand 422 billion tomans in rials, considering the price of the day of consolidation, bail was made and it was decided that the defendant He has six months to settle his foreign exchange obligations, and if he does not settle his obligations within this period, it is decided that the funds of the person’s debt will be taken from the collateral.

He stated: In total, due to the efforts of colleagues and administration of justice of Tehran province, the collection of debts that were returned to the banking network and the government during these last few months, despite the filing of the case in the court, amounting to 4 thousand 792 billion 500 million rials and 116 million Euros worth 37 thousand and 120 billion Rials have been created and collected.

Al-Qasi emphasized: This action is very important and in the interest of the bank network and the government, considering that it was done by the defendants and debtors to the government and the banking network.

Pointing out that by taking these measures, the collection and taking of government rights was accelerated, he said: This measure is also effective in determining the responsibility of the accused; Because when we have not issued a verdict and the person pays his debt at this stage, it is very important in determining his criminal and legal responsibility, and its effects and consequences will be favorable.

The Chief Justice of Tehran Province stated: Efforts to collect and settle other claims amounting to thousands of billions of Tomans are continuing. We hope to provide good reports on the collection of government and banking network claims in the coming months.

The Chief Justice of Tehran pointed out: We advise defendants and debtors whose cases of economic crimes and disruptions in the monetary and currency system are ongoing and who are being prosecuted to voluntarily settle their debts, which will definitely be in their own interest, which is important in determining their responsibility. and causes the bank and the authority that is the complainant to drop their complaint and the burden of responsibility becomes lighter.

Saman insurance goes to the assembly

Jamshidi: We had a double motivation to defeat Kazakhstan 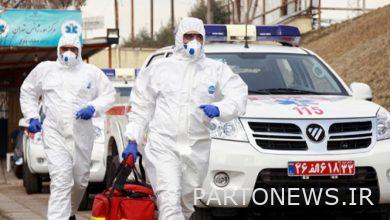 The country’s emergency services are facing a shortage of troops / There is one ambulance for every 50,000 people in Iran 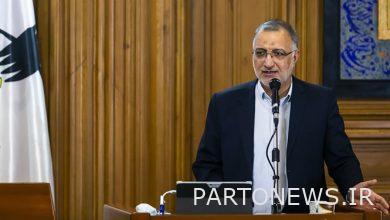