According to the report Trade News Quoted from the world of economyThe financial statements of the three largest automakers in the country show that they have sold nearly 800,000 units of their products in the first 11 months of this year, while their production has been about 30,000 units more. According to these statistics, Irankhodro, Saipa and Parskhodro have sent about 40% of their 11-month production to the warehouse by the end of February. Also, the monthly production statistics of the country’s major carmakers show that they sold fewer cars in February than in January. According to the statistics provided to the stock exchange, in January, the sales of special road giants were about 110,000 units, while their sales in February did not reach 70,000 units. According to relevant statistics, sales of major automakers in the second month of winter and compared to the first month of this season, fell by about 43%.

In this way, taking into account the sales situation Automakers From the beginning of the year to the end of the 11th month, it is clear that the biggest drop in sales occurred in February, a record previously set for August. According to statistics, the total sales of automakers during the first month of the year was 66,920 units, while in May, their sales fell to 40,521 units. On this account, the sales of the three major automakers in the country have decreased by 40% in May compared to April. In June, however, total sales reached over 78,000 units so that automakers could sell 95% more products than in May. The sales statistics of car manufacturers, however, peaked in July and exceeded the peak of 100,000 units. According to the sales of 102,223 units of automakers in July, they have sold 31% more products than in June. In August, however, sales fell to just over 60,000 units, reducing the number of products sold by major automakers this month by 41% compared to July. The big carmakers had a much better situation in September, with sales of 73,764 units. This statistic shows a 30% growth in automakers’ sales in September compared to August. In October, however, sales declined again, with major automakers selling 62,287 units and selling about 16 percent fewer products than in September. In November, although carmakers’ sales improved, the amount was less than 30,000 units. Sales of 73,359 units of automakers in December caused them to sell about 13% more products than in November. In January, however, automakers peaked in sales, with a jump of about 50 percent, to more than 109,000 vehicles produced. However, sales figures fell in February, dropping by about 43% to about 62,000 units.

However, the Automakers For several weeks now, they have changed their production tactics and made the commercialization of depot products a priority. In other words, instead of increasing production with what they call “imperfect” products, automakers have accelerated the completion and commercialization of products left in stock (those that are said to be defective due to a shortage of parts). A recent statistic released by the Central Bank’s Monetary and Banking Research Institute on the inventory of automakers’ warehouses showed that the process of clearing depot vehicles has accelerated in January. Available statistics show that automakers had more sales in January compared to production. Accordingly, in the first month of winter, the commercialization process of depot vehicles has accelerated, while the avalanche statistics show that in this month, sales are still out of production. According to the report of the automakers to the stock exchange, about 90% of the products of the three major automakers in Bahman have been sent to Anbar. Another important point at the heart of the statistics is the downward trend in circulation and, at the same time, the continued storage of cars. In January, carmakers sold more products (than circulation) despite having more production than Bahman, and this indicated that the clearance of depot vehicles was accelerating. But in February, in addition to the decrease in circulation, some of the products were still in storage. If we accept the claim of car manufacturers that warehousing vehicles are defective, in February, despite the fact that the completion and commercialization of defects is a priority and production is down, they still made the product with a fraction of parts. This is while another claim is made about depot cars and that is their hoarding. Many, including some regulatory bodies, such as the National Inspection Agency, have raised allegations that the stored vehicles are not defective and have been labeled hoarding. This has led to an increase in sensitivities on depot vehicles over the past two or three months. Although the automakers say the stored products were defective and not hoarded, they hastened the clearance of the depots a few weeks ago to reduce sensitivities. There are two scenarios for this action of car manufacturers. If, according to the automakers, the stored products are incomplete, they have reduced production and prioritized the completion and commercialization of the defects, and therefore their production in February experienced a relatively heavy decline compared to January. Another scenario could be that depot vehicles are not defective and have been hoarded in some way, and automakers have also cleared depots to reduce the sensitivity of regulators and public opinion to the depot vehicle affair, while artificially lowering production (to make things look natural). They have accelerated.

خبر پیشنهادی:   On the day of the stock market rally, the cars were negative

If we accept the first scenario, the question arises that if the production of defective products was to continue, then what is the justification for the reduction of production? In other words, why despite the reduction of production and the priority of commercialization of depot products (with a fraction of parts), still part of the production of automakers in February was incomplete? When the automakers produced 68,111 units in February and sold about 62,000 units, it means that 60,000 vehicles (resulting from the difference between production and sales) were not sold and were stored. The situation of these cars in any case is not out of two states; Either they really have a shortage of parts, in which case they will not be able to supply the market until the parts they need are supplied, or they have been deliberately depoted (hoarded) to be sold at new prices. This is of course while it is not clear when the market regulation headquarters will vote to increase the price of domestic cars. In December of this year, the headquarters issued a permit to increase the price of cars by 18%, so there will definitely be no news of a price increase until the end of the year, and if something like this is to happen next year, it will probably be in June or finally May. . Automakers have marketed their products at a loss over the past three years due to mandatory pricing, so to reduce losses, they sometimes depot their products to market their production cars at new prices.

But a look at the sales figures of major government-affiliated automakers in the first 11 months of this year shows how slow they have been in selling their products compared to the same period last year. According to the reports sent to the stock exchange, Iran Khodro had the highest sales in the first 11 months of this year, having sold more than 395,000 units. Iran-Khodro has reduced sales by nearly 2.5% compared to 11 months last year. Iran Khodro has also sold 31,426 units of products in February. Statistics The most sold product of Iran – Khodro belongs to Peugeot group, as 288 thousand 842 Peugeots have been sold by this automaker. The lowest sales of Iran-Khodro were related to Peugeot 2008, a car that is no longer produced. But a review of Iran’s monthly car sales statistics shows fluctuations. The company sold 37,612 units of products in April this year, but suffered a heavy decline in May. According to statistics, sales of Iran-Khodro in the second month of the year reached 15,269 units, which shows a decline of 60%. Iran-car sales in June, although peaked compared to May, still did not reach the level of April. In June, Iran’s vehicles sold 36,656 units to experience a 140% growth compared to May. Iran’s largest automaker, however, was able to sell 44,430 units in July with a growth of 21%. In August, however, Iran Khodro faced a decline in sales, so that the number of cars sold by the company reached 28,177 units. On this account, Iran’s cars sold 37% less products in August than in July. In September, Iran’s cars sold 29,532 units, which shows a slight increase compared to August. Sales of 34,448 units of Iran-Khodro in October, an increase of about 17% compared to September. The company sold 43,616 units of products in November to grow more than 26% compared to October. Iran ‌ car sales in December, however, decreased by 10% and reached 39,215 units. But in January, the sale of special road irrigations reached more than 55,000 units to see a growth of about 30% compared to December. Finally, Bahman Iran فروش Khodro sales experienced a fall of more than 43% compared to January and reached 314,426 units. Let’s go to Saipa and see what sales statistics the second largest car manufacturer in the country has had during 11 months of the year. Saipais, who have sold about 293,492 passenger cars and vans by the end of February this year, have sold about 148 percent more than in the same 11 months last year. The best-selling car of this company was Tiba. Iran’s second largest carmaker sold 24,253 units in April, but fell 10.5 percent in May. Saipa sales peaked in June and reached 33,765 units, so that the oranges on the special road can see 55% sales growth. July also saw an improvement in sales for Saipa, as the company sold 38,873 units of products and experienced a 15% increase compared to June. In August, however, Saipa also faced a drop in sales; As only 23 thousand 339 units of products have been sold. Compared to July, Saipa sales statistics show a decrease of 37%. Saipa sold 29,308 vehicles in September, which shows a growth of about 26% compared to August. Sales in October reached 18,600 units, down about 37 percent from September. The downward trend of Saipa sales in November has continued and has reached 15,256 units, ie a decrease of 18%. Sales of Saipais in December, however, reached 21,295 units, which shows a 40% growth compared to November. In January, the sales of Iran’s second largest carmaker reached 41,662 units, almost doubling compared to Azar. In February, however, Saipa sales fell by a heavy 39% to 25,414 units.

Growth of 17,000 index units at the beginning of trading / 100% profit for cement companies 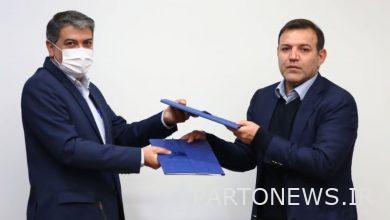 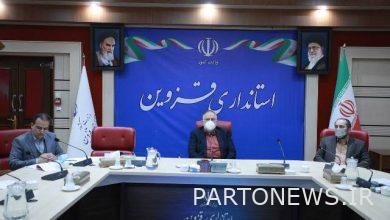 Stock forecast in the fourth week of April (infographic)