The filmmakers attended the “Last Duel” press conference at the 2021 Venice Film Festival.

Theater News Base: The press conference of “The Last Duel” directed by Ridley Scott was held yesterday evening with the presence of this director and his cast including Matt Damon, Ben Affleck and Judy Kummer. Adam Driver, another actor in the film, was one of the figures who could not attend the Venice Film Festival this year due to his role in another film.

Nicole Holofsner, the screenwriter of the film, was also present at the film’s press conference.

The story of this film, which was screened last night in the out-of-competition section of the Venice Film Festival, takes place in the fourteenth century in France and is based on a book written by Eric Jagger.

“The film was very exciting for me because of Margaret (played by Kummer),” Ben Affleck said at the meeting. When I read the book, I thought his extraordinary strength and courage were quite obvious.

He added: “This is a real story that people do not know about. A unique woman in history who is recorded as the first woman to speak out against a powerful man who hurt her. This story can create a lot of empathy today, and I hoped it would meet the audience’s empathy. The film introduces the idea that we may be able to look at each other from a different perspective.

The screenplay was written by Matt Damon, Ben Affleck, and Holofsner. The game has been attacked. The Knight of the Corrugations, played by Damon, defends his wife’s rights and asks the King to allow the duel to be performed for the last time until his death. If the knight fails, his wife will be burned at the stake on false charges.

Scott, who was to be honored with the Cartier Award after the meeting, said of choosing the film that he could not say no to it after working with Damon on “Martian.”

“When Matt Damon calls you and says, ‘Hey, buddy, you’ve done a duel before, but we have another duel for you;’ Do you want to read it? I also say; Yes. You can not say no.

Scott added that he enjoyed working with Matt Damon on “Martian” and wondered why he would not allow it to happen again. He said I read the script and everything was done in 6 weeks and this is very fast because you usually get something and 10 years later you still haven’t made it.

Although Scott made from “Gladiator” to “Blade Runner”, he said there are still genres he has not made, and musicals and westerns are among the films he likes to make.

Regarding the script writing process, Damon said: “Ben (Affleck) and I wrote the parts for men, and then Nicole created the third part, which is about the female character in the film, Margaret.

Holofsner also said he did not want to make any reference to the “me too” movement because people themselves understand what the main theme of the film is.

Marguerite actress Kamer also spoke about the importance of this film for women and added that many women will watch this film and each of them will connect with it in some way.

“The Last Duel” will be released in cinemas from October 15. 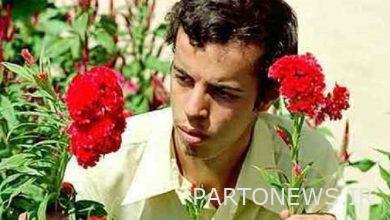 Predictions of the environment in which symptoms are occurring 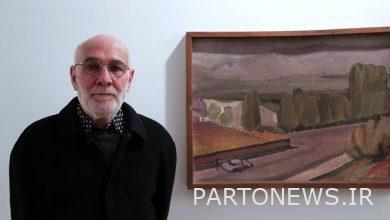