According to the Arya Heritage report, according to the public relations of the Alborz Cultural Heritage, Tourism and Handicrafts General Directorate, Yahya Haina on Thursday, January 15, 1401, in a meeting with Alireza Abbasi, the representative of the people of Karaj, Fardis and Eshthard in the Islamic Council to discuss and exchange opinions on solving the problems of the area. Cultural heritage, tourism and handicrafts of Alborz were discussed.

In this meeting, the head of the Alborz Cultural Heritage, Tourism and Handicrafts General Administration discussed the issues in this field, including the restoration and exploitation of historical monuments and monuments, the use of tourism capacities and the creation of necessary infrastructures, as well as the need to support valuable handicrafts and increase employment in this field. explained.

According to the finance of Alborz province, not only in terms of nature and history, but also by having diverse ethnicities, cultures and handicrafts, it has high capacities for tourism and economic prosperity.

He continued: Alborz needs to strengthen the infrastructure and increase all-round interactions of the province to become a tourist destination. 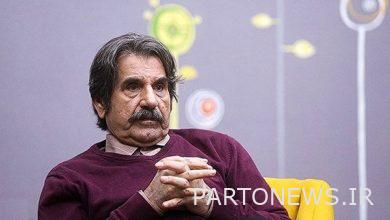 Forming a national archive of authored plays in the theater complex

“Dying in Pure Water” in India