According to Fars News Agency, at the same time with the last Friday of the holy month of Ramadan and the International Day of Quds, the programming groups in Do Sima Network, using various programming structures, keep this important day alive and empathize with the free people of Palestine.
The political group of Channel 2 is preparing a documentary produced by Hamed Bagheri, using only archival images and photographs, to discuss the philosophy of naming the last Friday of the holy month of Ramadan by Imam Khomeini as “Quds Day”.
A documentary called “Olive Blossoms” also reflects on the views of pro-Palestinian non-Muslim figures, using less-than-distorted images from Channel 2. This series, directed by Mojtaba Lotfi Keramati and produced by Raheleh Saberi Abkoohi, will be aired from May 27 to 29.
The procession of the International Day of Quds will be covered by broadcasting pictures of the march of the Iranian people in the cities and provinces of our country from 9:00 AM on Friday.
The socio-cultural group is hosting a special guest with the talk show “Face to Face” program, produced by Mehdi Babaei, which will be dealt with flexibly in the structure of the program on the occasion of Quds Day.
The education group also pays special attention to this historical occasion in the morning program “To Ofogh Behesht”. This program, produced by Mehdi Zakeri and performed by Seyyed Kazem Ahmadzadeh, will be broadcast live from Karbala Moali with various sections every day at 3:45 until the morning call to prayer. Also, the program “From the Sky” produced by Amir Khorshidifard will go to another family of the martyrs who defended the shrine at 5:00 PM on Friday and will have a conversation with the friends and family of that great martyr.
The “Paradise Porch” program will focus on the holy Quds Day and the importance of Jerusalem with a lecture by Hajj Sheikh Sheikh Hossein Ansarian from the Hamedan Hosseiniyah. This program will be aired on Thursday and Friday at 13:25. In the program “Hello to you from afar” produced by Saeed Pourfaraj, Nadbah prayer will be broadcast on Friday from another holy place.
The children and adolescents group has also prepared the programs “Come with us” and “Hand up” for this age group. “Come with us” performed by the kind uncle and aunt Roya on the occasion of Al-Quds International Day, with a proportionate expression of this age group to concepts such as the result of oppression of the weak, the result of world peace, human rights, especially the rights of children as a result of this Oppressions are being perpetrated in the world. Also, by introducing books suitable for children’s age in this field, it introduces the children of Iran to this great day. This program, produced by Seyed Mojtaba Zarifian, will be broadcast on Thursday and Friday at 14:30 on Channel Two.
“Dast Ki Bala”, produced by Seyyed Mohsen Monajati, with the storytelling of Giti Khanum and Uncle Behrooz, and the preparation of plays with concepts related to freedom and the fight against oppression, have been prepared in different parts, which will be aired on Thursday at 8:50.
The social group also deals with the subject of poetry and literature during the holy month of Ramadan and the poems written by contemporary poets about this holy month, with the program “Poetry of the Moon” produced by the Shiite faith and expert Dr. Assadollah Moazami Goodarzi. A history of the poems and their causes will also be discussed. This program is on the schedule of Do Sima TV programs from Wednesday to Friday at 12:50.
Also, the “Namado” program, produced by Hadi Khodadadi, a work from the Science and Economics Group, as a camera of Channel 2 throughout the country, reflects the special events of Quds Day, which will be broadcast between the programs.
“Good People of the City”, a work by the family group produced by Ali Akbar Karimi and performed by Mohammad Salouki, as a iftar program on Channel 2, which introduces the benefactors and promotes the culture of altruism, will be aired flexibly on the occasion of Quds Day.
Also, the program “In the shelter of love” produced by Ehsan Arghavani and performed by Mojdeh Lavasani, which aims to create hope and motivation in life on the nights of the holy month at around 22:30, is the guest house of this network on Quds Day by inviting different people and ways. Achieving success deals specifically with the issue of Holy Quds.
In addition, on the occasion of the International Day of Quds, on the night and day of this occasion, and at intervals between programs, the broadcast of epic songs and appropriate music videos is on the schedule of the programs of Channel Two. 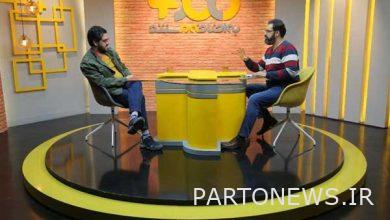