According to Tejarat News, the Minister of Roads and Urban Development, referring to the readiness of the union of real estate consultants to implement the decree of the heads of forces, said: Tenants Help to overcome these difficult situations.

Tasnim Reported, ‌ Minister of Roads and Urban Development Rostam Ghasemi stated: ‌ With the approval of the Headquarters of the Armed Forces, the one-year contract of the tenants will be extended. Accordingly, the rate of increase in rents in Tehran and other big cities will be 25% and in other cities will be 20%.

Regarding the difference between the resolution of the Corona headquarters in the last two years and the recent resolution of the Coordinating Council of Heads of Forces, Ghasemi added: “These resolutions are not much different, but the executive guarantee is the judiciary.” Help tenants.

He continued: the tracking code and tracking system have been transferred to the Ministry of Roads and Urban Development, and from now on all transactions must be registered with the tracking code in order to be tracked.

Is it a violation not to register the lease to extend it?

The Minister of Roads and Urban Development emphasized that not registering the lease for renewal between the landlord and the tenant is a violation, stating: If the tracking code is not registered in the housing and property system, the house will be considered empty and will be taxed according to law.

Ghasemi reminded that 600,000 vacant housing units have been identified and introduced to the tax organization, adding: A text message was sent to the owners of these houses. Owners can file a complaint as errors may have occurred in the system.

He informed about the protest of 60,000 landlords against the vacancy of the units and expressed that we hope that the cooperation of the landlords will affect the rent of housing, adding: 40,000 billion Tomans of financial resources for housing assistance and deposit facilities have been predicted.

Mortgage loan amount around the capital

The General Director of Roads and Urban Development of Tehran Province said: Currently, the housing deposit facility in Tehran alone is 100 million Tomans and in other cities around Tehran, including Islamshahr and Robat Karim, it is 70 million Tomans, so applicants must register when registering. pay attention.

According to the Director General of Roads and Urban Development of Tehran Province, all verifications are done through the system for registrants of housing deposit facilities, and this year the monitoring of the process of providing facilities will increase significantly and other monitoring will not be manual.

Last year, the amount of housing deposit facilities in Tehran province was 70 million Tomans, which according to a member of the Tehran Province Real Estate Advisors Union, more than 90% of the facility recipients had received facilities through formal contracts. 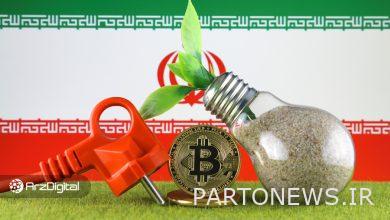 Resumption of miners’ activity is allowed from March 6, and only with renewable energy

The price was 25 thousand and 800 tomans