According to Fars news agency, citing the media center of the Judiciary, Hojjatul Islam Hadi Sadeghi, head of the country’s dispute resolution development center, at the conference of peace ambassadors of the dispute resolution council, referring to the model designed in this center for the expansion of reconciliation, mediation and arbitration with the title “Model of Excellence and Peace Friend” stated: In the model designed at the Dispute Resolution Development Center, 10 criteria have been included in the two topics of “empowerers” and “achievements” and 170 indicators have also been determined.

He stated that the provinces of Fars, Razavi Khorasan and Ilam respectively have been ranked first to third in the development of dispute resolution and bringing cases to peace and reconciliation based on the aforementioned model, and said: Our peacemakers with their social, ethnic, religious and trade credentials They participate in the promotion of justice and the implementation of justice and the realization of peace and reconciliation between people.

“Creating complete transparency”, “Determining the paths and indicators for the realization of peace and reconciliation” and “Annual editing and upgrading” are among the features of the model designed in the dispute resolution development center in order to expand the matter of reconciliation, mediation and arbitration, which is mentioned. Hojjatul Islam Sadeghi was placed.

The head of the country’s dispute resolution development center further pointed to the increase in productivity in this center and stated: Within the last two years, a total of one million cases have been processed in dispute resolution branches across the country, and this is important despite the reduction of 2,200 personnel. has been realized

He also provided statistics on the achievements of the dispute resolution development center in 1400 and said: Last year, the dispute resolution branches had an increase of more than 9% in the processing of closed cases, and the rate of peace and compromises increased from 32% of cases that could be reconciled in 2019. They reached 40% in 1400.

خبر پیشنهادی:   Injecting the seasonal influenza vaccine to the needy in Kahrizak

Hojjat-ul-Islam Sadeghi also said that according to surveys, the level of people’s satisfaction with the country’s dispute resolution branches is about 70%.

During the Conference of Peace Ambassadors of the Dispute Resolution Council, a number of peacekeepers expressed their points of view; Among other things, Salahyar’s “light” in the field of industry, he pointed to the problems in the water sector in the country and said: “Today, on behalf of 50 knowledge-based companies, I announce that we have found solutions to solve the multifaceted problem of water in the country with the cooperation of the elites of the industry.” .

In this conference, Imam Juma of Sunni Urmia also stated in this conference: with the efforts and cooperation between the peacekeepers of West Azarbaijan province, during the last year, many old and long-term cases, which sometimes go back to more than 30 years ago, have been solved. And they became seasons; Also, a case between two Shia and Sunni families in the province was resolved.

Alimradi, one of the staff members of the Ilam Province Peace and Conflict Resolution Council, also stated in this conference: peacekeepers across the country from different groups of people go to the people in Har Koi and Barzon to resolve their issues, but in some cases, especially in the provinces Less fortunate, the efforts of peacekeepers to achieve peace and reconciliation do not lead to results due to the lack of access to financial resources; Therefore, we propose the establishment of the National Peace and Reconciliation Fund with the efforts of philanthropists, with the priority of benefiting the less fortunate provinces.

He stated: “In Mashhad, with the establishment of Rural Peace Supporters branches, we have seen a decrease in the number of cases to the prosecutor’s office.”

He also said: In the year 1400, more than 87 cases of reconciliation were done in murder cases in Fars province.
At the end of the Conference of Peace Ambassadors of the Dispute Resolution Council, with the presence of the head of the Judiciary, the Chief Justices of Fars, Khorasan, Razavi and Ilam provinces were honored as the winners in the implementation of the “Excellence and Peacemaker Model”.

Judiciary »Establishment of 205,000 hectares of national lands in the cadastre system in the first five months of this year 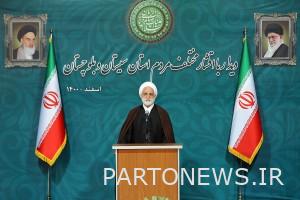 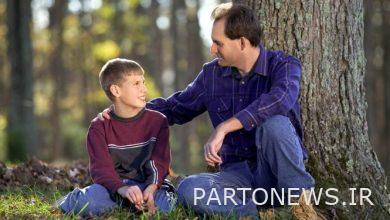 Say these golden sentences to your child every day! 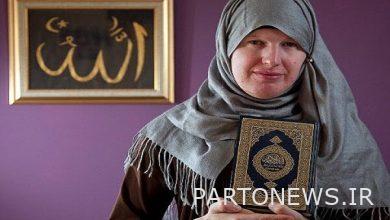