According to the Mehr news agency, quoting the public relations of the Art Credit Fund, following the news of Reza Roigari’s hospitalization in Kahrizak Sanatorium, today, Tuesday, May 26, Seyed Majid Poorahmadi, CEO of the Art Credit Fund, on behalf of the Minister of Culture and Islamic Guidance, visited the actor. The veteran left.

Referring to the meeting with this veteran artist, the CEO of the Art Credit Fund said: “Immediately after the release of the video, Mr. Roigari, the Minister of Culture and Islamic Guidance, was asked to attend the Kahrizak Sanatorium to investigate the reason for his hospitalization and take the necessary measures.” To be done.

Poorahmadi added: “Paying attention to the living conditions and health of the people of culture and art is one of the duties of the Art Credit Fund, and all our efforts are to support the culture and art community of the country in various ways.” After examinations of his wife and the officials of Kahrizak Sanatorium, it was determined that the main reason for his hospitalization was not housing and Mr. Roigari had to be taken into intensive care after being discharged from the hospital due to his special physical condition, which was not possible at home. The therapist and his wife suggested Kahrizak Sanatorium because of its special facilities and experienced nursing staff to spend his recovery period. Since Mr. Roigari was not aware of the measures necessary for his health in Kahrizak Sanatorium, they released this video.

Poorahmadi promised to solve the problems of this actor and said: “By the order of the Minister of Culture and Islamic Guidance, we will try to solve Mr. Roigari’s problems in the coming days.”

خبر پیشنهادی:   Rising dust and declining air quality in the west of the country

He added: “During the last few years, we have tried to be with Mr. Roigari and provide the necessary support to him as much as the fund can, by providing gratuitous facilities, providing supplementary health insurance, and paying for medical expenses and living packages.”

Pourahmadi, while conveying the greetings of the Minister of Culture and Islamic Guidance, emphasized: “We are fully prepared to pay for his medical and nursing expenses, either at home or to provide special facilities for his care outside the home.”

At the same time, he stated: “With the emphasis of the high official of the ministry, in the Ministry of Culture and Islamic Guidance, we will try to take any action to improve their condition and do not withhold any help.”

Also, the director of the Art Credit Fund, during a meeting with the director of Kahrizak Charity, was informed about the medical condition and maintenance of this artist and emphasized on the comprehensive readiness of the Ministry of Culture and Islamic Guidance and the Art Credit Fund to improve the medical and living conditions of this veteran artist. He hoped to see Mr. Roygari appear in theaters, cinemas and television as soon as possible.

3,000 meters of the canals east of Tehran are dredged daily 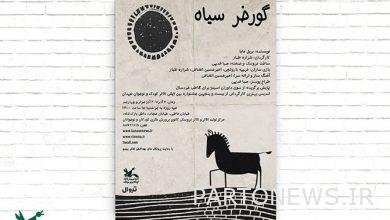 A story of a family quarrel these days 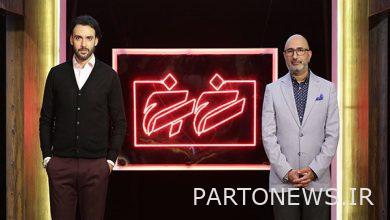