At the beginning of the ceremony, a teaser of the four stages of the festival, which was prepared with the efforts of the Revolution Theater Association and the Holy Defense of Fatah Foundation, was broadcast.

Mohammad Kazem Tabar, the secretary of the festival, said: “I am happy that the performances were held in 23 cities of the country from the opening until now and we were able to adhere to all our commitments.” 5 plays were performed in Tehran during these days, three of which were from the cities of Isfahan, Hamadan and Rudsar.

He further added: We tried to keep the flag of Seyyed al-Shohad in the field of resistance high, thirty groups were active in this festival and they really did that. People’s reception of the performances was very good, even in Herat, which did not have much security. I hope we can perform in more countries next year.

Later, with a video clip of the life of the martyr defender of the shrine, Martyr Mansour Abbasi was praised and honored. Then, the son of Shahid Abbasi was honored in the presence of Hamid Nili, Mohsen Soleimani, Hojjatul Islam Behdarvand, Dr. Hossein Qanadian, Hojjatul Islam Fatemizadeh and Habibi, CEO of the Holy Defense Theater Association.

The eldest son of Martyr Mansoor Abbasi said in a speech: My father was nicknamed Habib Ibn Mazher of the Revolution, the same one the leadership talked about. I am proud that my father was a soldier of the revolution.

In the other part of the ceremony, Hossein Qanadian, Deputy Social and Cultural General Headquarters of the IRGC, said: “It is a blessing and a blessing for me to have a share in this festival. Our general did not have a long physical life, but in the same short period he was able to reach the height of humanity. He had to travel a long way, but in a short period of time, with sincerity, jihad and relying on the guardianship, he reached his destination in a worthy manner in this difficult way.

He stated that the life of our dear Sardar, perhaps in his late forties, is full of treasures of memories and works that can be extracted and turned into works of art by artists, adding: Since he was fifteen years old, his life has been a complete drama with a hero and this It can be a tool for producing art products of any kind. Today’s world lacks such living heroes. There is really no person in the world who is a contemporary hero like General Soleimani, because the general lived like the common people and God blessed the artistic community with the martyrdom of this dear person to examine his life and prepare good works of art to guide the society.

Dr. Qanadian stated: Haj Qasim was like all of us and the people of the world, but his special feature that made him the leader of hearts and a hero of humanity was that Haj Qasim became God in addition to God, and this was the secret of his success that made him infinite. It will be taken from his biography for thousands of years. If we want to last, we must be God and work for God.

He further added: Whoever works for Hajj Qasim is doing Jihad to Allah, because Martyr Soleimani was on the path of God. Another important work of his was to build power for Iran and the Islamic nation against the front of disbelief and arrogance, a corner of his services can be seen in the wars of 33, 22, 11 days and 57 hours.

This comrade-in-arms of Martyr Soleimani also said: “The documents have been manipulated, and now some people think that they have done great activities for Hajj Qasim with small tasks.” The field of art and theater is very influential and artists must play the role of creating mental space with strength.

Stating that this struggle continues and today’s war is a war of wills and a “cognitive war”, he said: We must be strong in our will, fight against distortion so that the issues are not shown to us in a different way. Don’t be sure that Sardar Soleimani will remain the same ten years later, right now in Iraqi books and concepts, they say that the names of Haj Qasim and Abu Mahdi al-Muhandis have been removed.

In the end, he said: Books in different dimensions have been published about Hajj Qasim, and it seems that one of our tasks should be to study these books to open up new dimensions for us, and this shows that we can better see our revolutionary mission against the enemy and Let’s protect it.

In the following, with the presence of the authorities, two artistic personalities “Farhad Qaymian”, a revolutionary artist and “Azam Boroujerdi”, a writer and director were honored and honored, and then a show directed by Hossein Mirzaian and performed by “Morshid Mirza Ali” was performed in the presence of fans.

Then, with the presence of Mohammad Kazem Tabar, Farhad Qaimian, Anoush Moazzami, Mohsen Soleimani, Dr. Hossein Qanadian, Yashar Naderi, the winners of the festival were honored.

And finally, four lullaby shows for the children of Nene Iran, Tir Nameh, Flashback, This place is equipped with CCTV cameras, Haj Qasim’s gift for my daughter, Khak and Shamar were introduced to Fajr Theater Festival.

Finally, Mr. Falahian stood behind the podium and said: All the children who performed in different cities can perform and make the voice of Haj Qasim known to the world and these texts can be printed.

Van Pars head coach: We had the most difficult draw for the FA Cup/ my players die for each other 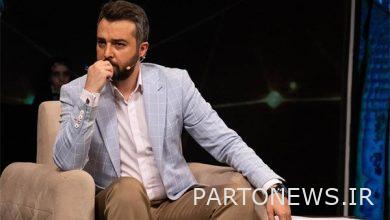 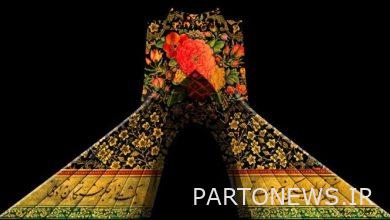 UNESCO has endorsed the protection of Iranian calligraphy 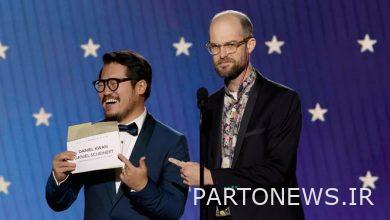 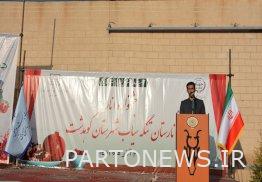