According to the Mehr news agency, quoting the public relations of the national media, Peyman Jebli, the director of the Radio and Television, in a meeting with a group of artists held at the International Conference Center of the Radio and Television of Iran, expressed his satisfaction with hosting the artists. Whether you as an artist or we as radio and television executives, we have to ask ourselves why the audience’s sense of interest in artists and their works has diminished? Why are some works that used to be made at a lower cost more durable? We are all to blame and we can not acquit ourselves.

The head of the Radio and Television Organization, asking the question of which one we prefer in giving originality to the taste of the audience and the authority and content of the media, said: “As an audience, colleague and person who has worked in the media for 30 years, I believe And we forgot the content. Some creators only cared about the percentage of the audience and did not care about the content. But I want to emphasize that in the new era, content also takes precedence. How well we have been able to give good food to the audience overnight.

Our intention is to modify the content and the production process, not to stop them

He likened the repetition of contentless works to giving thirsty sea water to a thirsty person and said: “Unfortunately, some people have interpreted this view as a halt in production and have said that Jebli has ordered a halt to the production of serials so that between us and you, the original owner of the antenna.” You are, make a difference. This is not the case, and I have repeatedly stated behind the scenes of the series that our intention is to improve the content and the production process, not to stop them.

Referring to the slogan of change in the new management of the organization, Jebli said that the priority of this change is content, approach, process and, if necessary, structure, and said: “We are in a country that is recognized by the world as the peak of culture, art and civilization. The focus of producing healthy content is based on identity. Let’s ask ourselves how much of these capacities and points of authority have we mediated in different formats?

خبر پیشنهادی:   Signing a memorandum of understanding between the Ministry of Tourism and the police

Jebli called the artists the real owners of the antenna and said: it is open to you in the organization. I told my friends last year to let you all know that we are working with all of you from now on for next year.

The head of the national media emphasized: the productions should reach the details of the story and the script by researching, and the pressure of the antenna should not make us forget the importance of the script. You and I have to reach common ground because neither of us can go this way alone.

Jebli called on the producers to discover the talents of young, pious and revolutionary people, to put them at the feet of the experiences of your predecessors. He did not necessarily consider the creation of costly work to be the reason for the success of a work, and said: “Perhaps cheap works that are more effective because of the appropriate content and story.”

Referring to the country’s strong fiction literature, the head of the national media called it a strong support for adaptation and said: “With this support, the ossification of screenplays can be strengthened.” He called for identifying honors and introducing them to the audience in various forms and said: “At a time when our people are facing livelihood problems, we must give hope.”

In the end, he expressed hope for the continuation of meetings with artists, announced the construction of a special urban cinema town, equipping and preparing the Ghazali cinema town, and the order and structure of the estimation and payment system for program makers.

At the beginning of the meeting, which was also attended by Vahid Jalili, the deputy head of the organization for cultural affairs, Shahabadi, the deputy director of IRIB, and Ramazan Nejad, the director of the IRIB Film Center, the artists spoke.

Director Davood Mirbagheri pointed out the importance of working on content for attractive production and said: “If we continued our technical and content standards with the same initial accuracy, our production would be first class.”

Producer Mohammad Reza Shafiei called for transparency in the organization’s management and decisions to free programmers from confusion.

Producer Mehdi Faraji spoke about the benefits of localizing television, such as making “Paytakht”, “Nun Kh” and “Najla”, and called for organizing the salaries of actors.

Producer and director Masoud Deh Namaki, referring to the high volume of serial productions, which is approximately equal to 1080 The film of the year, called for the establishment of a system of punishment and rewards and intellectual property rights.

Director Hadi Moghaddam, a friend of the director, pointed out the importance of adaptation, and producer Mohsen Ali Akbari spoke about the benefits of international cooperation. Director Marjan Ashrafizadeh also called for the correct reading of texts in the organization and the defense of the director’s intellectual rights, and Cyrus Moghaddam asked the organization to pay attention to artists and specialties such as “Capital”.

Director Hadi Hejazifar also criticized the multiplicity of decision-making centers, saying that some unnecessary sympathies removed the charms. Director Javad Shamqadari spoke about the importance of building the Revolution Town and production and research in this field. Producer Ahmad Mir Alaei referred to the re-engineering of works suitable for greater impact.

Producer Mohammad Reza Shafa said: “I hope the pressures do not take you out of the logical path of attracting young talents.”

Producer Abolfazl Safari called for ordering the rate of programming and serialization due to the existence of sponsors.

Small investor interest in bitcoin is declining; Which sections can replace bitcoin? 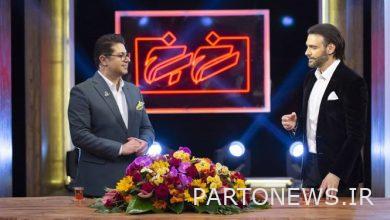