According to the Mehr news agency, quoting the public relations of the project, while only 2 episodes remain until the end of the second season of the documentary series “Anti”, produced and directed by Mohsen Karimian, this work is in its latest episode, which will be aired on Monday, June 20, at 9 PM. The documentary goes on to critique the method of appropriation and employment of labor by the capitalist economic system.

For years, we have all heard the slogan “Do what you love” from success instructors, social media, and even employers promoting it to facilitate the flow of talent into corporations. But how true is this statement?

Accordingly, the eighteenth episode of the second chapter of the documentary “Anti”, entitled “Modern Forced Labor”, examines the roots of the formation of such slogans and the reasons for the abuse of employers, an abuse that is not unlike the forced labor of workers in the past.

“Anti” written and researched by Ali Nikjoo and edited by Alireza Hassani, which is the latest product of Surah Documentary and Television Production Center and Sima Documentary Network, will be broadcast on Mondays at 9 pm on the Documentary Network and will be rebroadcast twice, on Tuesdays at 10 am and Thursdays at 7 pm will be.

Selective dismissals of karate in the disciplinary committee 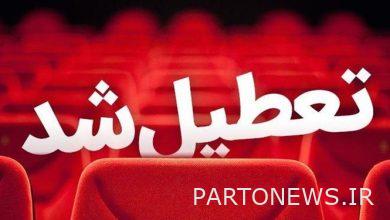 Rainfall situation in Tehran during the last 24 hours