According to the Fars news agency, the opening ceremony of the exhibition of paintings and sculptures by Abdul Hamid Qadirian titled “Noor Hoda, Hossein is enough” on Friday evening, January 16, with the presence of Mohammad Mahdi Dadman, head of the art department, Majid Shahhosseini, art researcher, Mohammad Hossein Niromand, advisor to the Minister of Culture and Islamic Guidance, in Art and cinema affairs, Ali Forozanfar, artistic deputy of the artistic department, Mehrdad Bagheri, head of Tehran Municipality’s cultural and artistic organization, Abolfazl, along with the head of Niavaran Cultural Center, Mohammad Habibi, director of the visual arts association of Fatah narrative foundation, Shahab Shakiba, director of the wall painting department of Tehran municipality’s beautification organization, and a group of It was held in Niavaran culture center.

The ceremony started with a short speech by Abulfazl Hamar, the head of the Niavaran Culture Center, and then Niroumand, the advisor to the Minister of Culture, referring to the generation of designers and painters active in the field of art, said: We were considered artists in the field of art, who took the works of art to the front line and the region. Many people worked to create a painting derived from the concepts of the revolution, but the one who tried the most and continued the path was Mr. Qadirian.

Majid Shahhosseini was another speaker at the opening program of the “Noor Hoda Noor Hossein is enough” exhibition, who said: I envy Qadirian’s purity and connection. I have known him for many years and I am familiar with his performances in cinema. From the beginning of Arbaeen’s luminous path, we see a new problem, and for me Mr. Qadirian’s works in this field were interesting. There is a kind of light in his paintings that gives an address and identity of light and its origin is completely clear. The courage in Qadirian’s pen shows the knowledge of knowledge and concepts that some do not even dare to whisper.

خبر پیشنهادی:   "Response to history" in the diary of the Islamic revolution

At the end, it was the turn of the creator of the exhibition “Noor Hoda Noor Hossein is and enough”. Qadirian said: Once upon a time, when we were looking for a man of God, we were looking for an old man, but times have changed and now we have a leader whose entire existence is a subcategory of being a slave. We have entered a space where we are rapidly moving towards emergence, and of course we should plan all solutions accordingly.

He added: Light in my works is not fantasy or poetic, but a tool of war. Why do you think Sardar Soleimani was not martyred in the years of being on the front line and was martyred in this day and age? When I think about his servant and lightness, I see that God is introducing a standard and one of the characteristics of being in the field is lightness. In the recent sedition, we saw strange mental movements that we thought were caused by an external element, but the solution is to bring everyone closer to the light.

The exhibition “Noor Hoda is the light of Hossein and that’s enough” includes 48 paintings and 6 bronze statues until Bahman 7 every day from 10:00 to 18:00 and on holidays from 14:00 to 18:00 in the main gallery of Niavaran Cultural Center, hosted by artists. 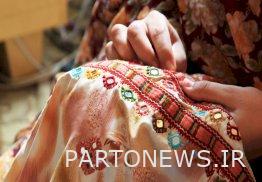 Continuation of the rainfall system in most parts of the country 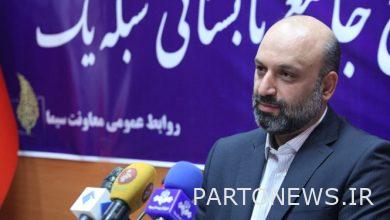