Ayatollah Seyyed Ahmad Alam al-Huda in his Friday prayer sermons in Mashhad added: 20 years ago, in 2001, in order to counter the influence of the United States and the West, several countries in the East and the Middle East signed an agreement called the Shanghai International Organization. .

He pointed out: “For several years, there was talk of Iran’s accession to this organization, but due to some internal and external issues, this issue did not materialize, because if this happened, our relations with the West and the United States would be cut off.”
The Friday Imam of Mashhad added: “They wanted to put pressure on us to overthrow the regime of the Islamic Republic and replace it with an American regime, so there was sabotage from inside and outside for Iran’s membership in this organization.”
Ayatollah Alam al-Huda said: “Today, after 42 years, the Islamic Revolution of Iran has been introduced in the world as a rival power of the world-eating America, so the chairman of the Shanghai Summit invited the President of Iran to prepare for Iran’s membership in this organization.”
He pointed out: “The situation required the head of the 13th government to be present in this summit by moving in the line of arrogance, and while the conditions for Iran’s membership in this organization were provided, it was decided to announce Iran’s official membership in the next summit.”
The Friday Imam of Mashhad added: “This action means separating the country from the United States, Europe and the West, and at the same time coming out of isolation and expanding relations with the world economy, which will prove to Westerners that the world is not just Europe and America.”
He continued: “The visit of the President of the Islamic Republic to Shanghai coincided with the return of the Iranian warship from the voyage around the world and the world’s oceans was successful and without the slightest problem that surprised the world.”
He said: “The world has come to the conclusion that the authority of the Islamic Republic of Iran is not limited to the Middle East, but has reached a maturity that can reach world power.”
The representative of the Supreme Leader in Khorasan Razavi added: “Also, by sending four ships carrying fuel from Iran to Lebanon, the United States and Europe saw that they have no place in the heart of the Lebanese people and Iran is destroying their Golan Heights.”
He added: “With this action, Iran saved the Lebanese people from monopoly and yesterday the European Union lifted the embargo on Lebanon. Does not stay.
Ayatollah Alam al-Huda noted: “According to this, a huge maneuver of disregard for Europe and the United States was formed by the President at the Shanghai Summit. Iran will appear at the World Summit with a mask of dignity and greatness, and the President’s participation in this important summit His first foreign trip took place when Iran succeeded in the project of besieging Lebanon; As a center of resistance, to subdue and defeat the United States and Europe.
The Friday Imam of Mashhad added: “When it was built, people and officials came to the square with sincerity, defeated the enemies at every step and increased the dignity of Islam. God opens the way for jihadist movements. God sometimes decides to prepare the ground for the people.” Slowly, you people are very valuable to God because you stand by the revolution and the leader and resist.
Ayatollah Alam al-Huda added: “This week, unlike previous Fridays, the president did not hold a public hearing this week, while one of the good developments that has occurred due to the people’s election in this period is the public relations of the commanders with the people and mainly with the people.” Is vulnerable.
He continued: “Considering the great value of the communication between the officials and the chiefs of forces with the people, the question arises for some whether public communication was important or the president’s foreign trip, which turned out to be the president’s foreign trip. Therefore, its effect in this situation is more than popular communication.
The Friday Imam of Mashhad also spoke about the culture of apartment living in a part of the first sermon of today’s prayer and said: Apartment living is a souvenir of the West. In today’s situation, as in the past, housing is possible for all families due to population density and urban culture. It does not exist, so apartment living has become a part of life.
Ayatollah Alam al-Huda added: “Islam dates back to 1400 years ago, religious instructions regarding apartment living should be discussed as a practical example of piety.”
He pointed out: Imam Sajjad (AS) has specified 18 components regarding the culture of neighborhood that should be acted upon. Extracted.
The Friday Imam of Mashhad continued: We are deficient in the epistemological insights of the Imams (AS) and we do not have enough knowledge of the Infallible Imams.

Praying on the body of a newly examined martyr

After Friday prayers today in the holy shrine of Razavi, Ayatollah Alam al-Huda prayed on the holy body of a newly examined martyr.
The revered body of “Mohammad Arash Ahmadi”, the martyr who defended the shrine from the Fatimid army, was examined and identified last Friday, September 10th.
Martyr Ahmadi was born on June 26, 1996 in the holy city of Mashhad. He was martyred by Takfiri criminals in Syria on October 18, 1995, coinciding with the 17th of Muharram.
He was the last child and the only son of the family who has 4 sisters and despite his young age, he was able to reach the defenders of the shrine of Hazrat Zainab (PBUH) and was sent to Syria five times. 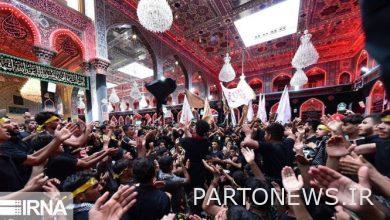 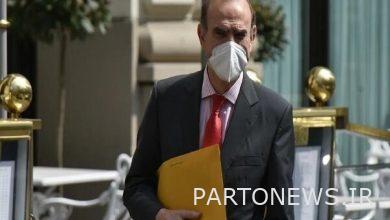 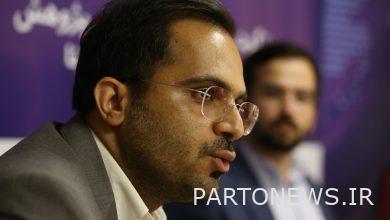 There is a serious will to resume Tehran-Riyadh relations