According to Mehr news agency, Yusuf Nouri appeared on the first line program of Khabar Sima network, in response to a question about the closure of face-to-face education in schools due to air pollution and the effect it has on the overall flow of education, he stated: This issue is a chronic problem and I told the president in the government delegation, and he also ordered that a committee under the responsibility of the interior minister should be formed immediately and they should think of a solution for this matter.

He added: “This solution and the time to implement it depends on the plans that are presented and implemented, and it will definitely not arrive today or tomorrow.”

Delay in learning, social maturity and cultural literacy is one of the complications of closing schools

Minister of Education Babian said that our students are delayed in learning, social maturity and cultural literacy due to the closure of schools. two times We have, and this has shortened the teaching time in those schools, and air pollution is fueling it, while disrupting the educational and educational planning of the schools.

He responded to the proposition that “the president gave the order, but we all know that the problem of air pollution cannot be solved in one or two days.” He said: This problem cannot be solved in one or two days. In the same meeting, we requested the president to, if possible, schools Part of Place the last centers that are going to be closed. For example, according to the civil service management law, employees can stay away from work until the pollution reaches a tolerable level for students, but the level of pollution in Tehran in these few days was so high that students could not go to school.

People, society and businesses should help reduce air pollution by taking care of their traffic behavior

The Minister of Education added: The emergency committee makes decisions based on the indicators that exist, and we comply because we are obligated to protect the health of students. But we ask the whole society, both industry owners and people, to be careful about our traffic actions and behaviors to reduce pollution as much as possible so that our children can go to school. We hope that at least in the next stages and in the future we will see the problem of air pollution solved.

Nouri, in response to Do you have a specific plan to reduce the academic problems of students who were taught virtually? He said: Shad network can be used and students are present in Shad network classroom. There may be some areas of outages and internet disruptions that are from the consumer, but generally the Shad network itself has no problem with service. The traffic load of this network is not as much as during the Corona era, because only some cities are closed due to air pollution, and access to bandwidth is more and can meet the needs of schools.

خبر پیشنهادی:   Which categories of detainees from recent events are subject to amnesty?

He evaluated and announced the latest news about the implementation of the teacher rating system law and said: H 809,000 teachers got the benefits of the first rank and we are checking the records to determine the final rank, and some of the final ranks have been issued. Issuing each rank requires 100 person-hours of time in universities, but in education and training, my colleagues are working on this issue more quickly.

The Minister of Education added: Whenever the final rating is issued, the considered benefits equal to the ceiling of 38 thousand billion tomans allocated in the budget for this work will be calculated from September 31, 1400, and the differences will be paid.

For administrative staff, super special or other alternative methods will be used

Nouri Babian said that some people, such as administrative employees of education and training, are not covered by Circular 230 of 1958 and are merely administrative, and are excluded from the ranking according to the law. It can be fixed. The rating is specific to teachers and does not include groups such as school staff. There were legal problems with Mehr Afarin’s teachers, however, we paid them a rating a few months ago.

He continued: In November, the parliament approved a resolution for Mehr Afarinan (the inclusion of Mehr Afarin teachers in the ranking scheme from Mehr 1401), which had some ambiguities and a halt was created in it, and now we are negotiating to resolve the related problems.

Teacher ranks will be determined by the end of the year

The Minister of Education added: The ranking process at the ministry’s headquarters is being done at a faster pace to determine the definitive rank of teachers, and it will definitely not take until next year. Of course, they had announced an earlier date for determining the final rank of the teachers, but it will take at most until the end of the year to fix the deficiencies.

Regarding the organization of manpower and recruitment methods in the Ministry of Education and Culture, Nouri said: Shahid Rajaei’s universities of education and training are the main channels for the entry of manpower into education. in past years no Balances were created due to some policies, but now some changes have been made and during this period we laid the foundation for the real revival of Farhangian University. We returned over 400,000 square meters of lost space to Farhangian University and good measures are being taken.

He added: “Now we can increase the capacity of the university with integrated and combined methods, for example, we can use students from top universities in such a way that we take them to Farhangian University from the third and fourth year and they have two years of teacher training and then enter cycle of education and training. In the past, teacher training was like this. In this case, we can definitely solve the power shortage problems in a short period of time.

خبر پیشنهادی:   Distribution of food and clothing in Khoi with the arrival of justice

We have 5 thousand schools with less than 5 students

Minister of Education Babian said that these programs need legal approval: if space is opened, we can attract more teachers. no The balance of human resources is caused by the wave of retirement of colleagues, the increase of students and some migrations. We have 300 schools with one student and we cannot cover even one student. We have 5000 schools under five students, which is one of the prides of the Islamic Republic. However, due to the increase in immigration, we have 35 and even 40-person classrooms in densely populated areas, so we tried to reduce 40-person classes as much as possible.

Purchase of 2 thousand billion tomans of equipment for conservatories

Nouri also said about the education budget: the share of the education budget from the government’s general budget was about 9.6 percent last year, which has reached 13.1 percent this year. Of course, the increase in the minimum salary from 3.4 million tomans to 5.6 million tomans caused the quality budget to decrease, also a significant per capita was allocated to schools and 2,100 sports halls will be operated by the end of the academic year and 2,000 billion tomans were purchased Equipment was made for the conservatories.

He added: We had 8000 connection schools in the country and we have set a goal to replace them with new schools by the beginning of the new academic year. $115 million was earmarked for obsolete tissues, part of which is in the central bank. We have more than 34,000 dilapidated spaces, and in a meeting with the president, they gave an order in the economic committee of the government that, if approved, up to 700 million dollars from the oil clearing area will be allocated to rebuild dilapidated schools and reduce part of the insufficiency.

To write textbooks, we must have a forward-looking view

The Minister of Education said about the change in the textbook and the removal of unnecessary content: textbooks are good when they are written, but the goal setting should be for the future and we should have a forward-looking view. In this targeting, students’ needs should be considered and them statistics and let them know what they want. The next issue is content. Content is not just a textbook, it should be a learning package. In our country, we take the curriculum as equivalent to a textbook because at the end they take a test from the textbook.

The evaluation of students should aim at learning

Nouri added: In the learning method, the teacher must be capable, and our evaluation must be a stage of learning. My colleagues have a scheme that if we achieve these goals, we will achieve a transformation in education. A number of textbooks were changed, but the main changes date from 1403 and later. This scheme has 8 aspects and then we will go to the school reform document.

Referring to the teaching of foreign languages ​​in schools, he said: Students know English because of working with modern devices. Of course, in the center of intellectual development, we also teach different languages, but in the schools, we add the teaching of several languages ​​including: German, Chinese, etc. as an option since 1404 and 1403.

The balance of claims of the National Development Fund is 1.5 billion dollars 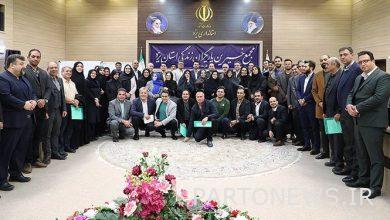 Helpers of life rose in Yazd 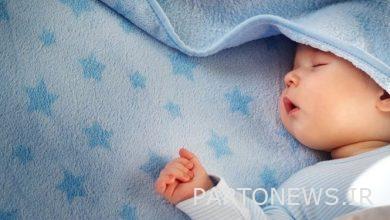 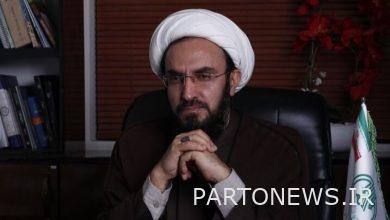