According to Mehr reporter, Mohammad Reza Ebrahimi, in an intimate meeting with the media managers of Isfahan province on Wednesday evening, while commemorating the anniversary of Sardar Soleimani’s martyrdom, said: We consider the media as a helper and partner, and in fact, our work has a lot of overlap with the media.

He continued: One of our goals is to increase the level of education and general culture of the society, which is undoubtedly one of the missions of the media, including different media. Therefore, our goals are the same, but the form is different.

Ebrahimi stated that the media is a kind of advisory arm of education, and stated: When the media acts as a feedback mirror of the officials’ performance, we also take our negative points from them and correct them and strengthen the strong points, and in this context, the relationship with Media should be close and A colleague be

Education needs the support of many institutions

Director General of Education of Isfahan province, referring to the responsibility of other bodies and institutions towards education, added: Education alone cannot solve many problems of the society and needs many institutions.

Ebrahimi stated: The need for education is not to be interpreted as reaching out as Society needs this companionship; If we have dynamic and healthy education, it is effective in health, security, citizen education and various aspects of society.

He stated that it is a healthy society that pays attention to its education, he expressed: the student did not come to school for a period and was educated in absentia, and on the other hand, unlimited internet was available to them, slowly the way of socialization from the perspective of sociology that family, school and It was changed by other institutions, and most of it was done by the media that did not match our culture and had conflicts.

Director General of Education of Isfahan Province added: When schools opened on April 14, we noticed a special event that had happened to the students, and in the meeting of the Provincial Planning Council, it was proposed that if we look at it from an educational perspective, if education would not have been given, and the unfortunate event would not have happened. It was better.

خبر پیشنهادی:   The full video of the President's televised conversation with the people - Mehr News Agency Iran and world's news

A small percentage of Isfahani students entered the valley of unrest

He admitted: Many of the things we do should have a different form and method. In Isfahan province, we have about 6,000 schools and one million students, and a small percentage entered the valley of disturbances and got involved, but this small percentage is too much for us. ; Because in the past seditions, this form of entry of students and sometimes their families did not exist, and it shows that socialization happened from a different path.

Director General of Education of Isfahan Province added: When socialization is done from another path, identity is formed in the same path, so we have a lot of confusion and lack of identity in the teenage generation.

The Director General of Education of Isfahan province stated: We did not abandon the students and sent advisory groups to the problem areas and continued working with the students and families who returned to schools.

He added: A significant amount of special effect happens in education, which should not be ignored. because it creates a positive identity; Precious martyrs came at a special time and helped us; About 260 schools have hosted martyrs in all levels of education in the creative plan, which was welcomed by students.

Ebrahimi continued: “We are present in the heart of the schools and we go to the classroom wherever there is a situation to create the belief that the authorities of the Islamic Republic are listening to the audience.”

The Director General of Education stated: Teachers should be updated on scientific, technological, political, social and cultural issues, and for this reason, one of the first approvals of the Isfahan Province Council of Education Deputies was the period of jihad explanation, which started before the arrival of 1401 and lasted until 41 The region of the province entered into this issue.

خبر پیشنهادی:   The release of 359 prisoners for non-intentional crimes with the assistance of Diyeh headquarters

He said: We have planned for new teachers and on Thursdays and Wednesdays in the cities, we will talk with them about jihad and educational issues.

Ebrahimi emphasized regarding serious books such as Zangi Style and Environment: One of the changes that happened in 2013 following the fundamental transformation document was the compilation of these books. But he did not become an education specialist to teach them and it became a lesson to fill class hours; It has been decided that teachers will be trained in Farhangian University from next year.

Director General of Education of Isfahan Province added: The effort is to solve the problem of teachers and teachers both in the short term and in the long term. The admission capacity in Farhangian University and its increase and admission methods such as selection are also different.

He continued: We created the religious training camp so that every person who has a plan can bring it to the camp and approve it and examine it from various angles.

Ebrahimi stated: Our mission is to have no illiterate people in the society, however, there are a few and we have progressed to this stage that the Department of Information and Public Relations of the General Department of Education of Isfahan province with the cooperation of the Deputy of Literacy of this General Department contact number to announce that people can be identified in this way, these few people.

The percentage of illiteracy in the country is about 3%

Director General of Education of Isfahan province added: In 57% of illiteracy for 15 years and above in Iran, it was more than 35% and the global average was more than 64%, and currently this number is about 3% in the country and about 18% in the world. It is the percentage that you have achieved in the Islamic Republic, and this statistic and its improvement should continue.

He pointed out: We must create a positive wave against the negative waves of the enemies, and the special effects of the schools should be realistic and reflected so that the mirror of education and society is not clouded.

Formation of 4 real estate funds in the stock market - Tejaratnews 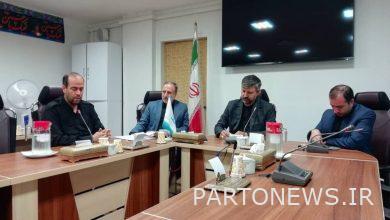 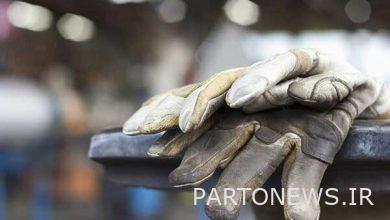 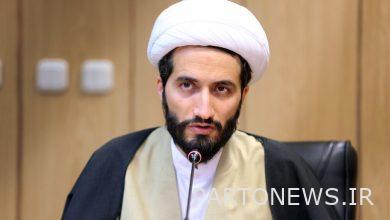 What books will change next year? – Mehr news agency Iran and world’s news 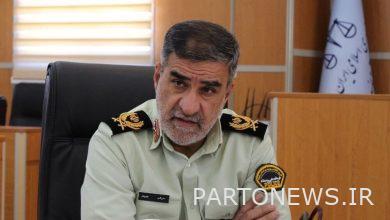 Presentation of more than 22,000 reminders in the field of moral security – Mehr News Agency Iran and world’s news