A few weeks ago, we saw the release of renderings of this smartphone, and of course Lenovo announced its introduction at CES 2023. Now witness the official unveiling of this device Are.

Specifications of ThinkPhone, a joint product of Lenovo and Motorola

As we said, ThinkPhone is a joint product of Lenovo and Motorola. This smartphone is equipped with a 6.6-inch OLED display with Full HD+ resolution, supports HDR10+ and has a refresh rate of 144 Hz.

This smartphone does not have the latest chip in the market, however, the Snapdragon 8 Plus 1st generation chip used in it is very powerful. Thinkphone is sold in several versions equipped with 8/12 GB of RAM and 128/256/512 GB of internal memory.

This phone will be available to buyers in carbon black color and as can be expected, it will also use the famous red button of Lenovo Thinkpad laptops. This button can be customized to do different things. Its back panel is made of lightweight fiber that is stronger than steel. The frame of this device is made of aluminum and Gorilla Glass Victos is drawn on its screen. The ThinkPhone logo can be seen on the back panel.

Lenovo and Motorola’s ThinkPhone supports MIL-STD 810H and IP68 military standards, so it can survive drops from 1.25 meters and submersion up to 1.5 meters for 30 minutes.

This smartphone is equipped with a 5000 mAh battery with support for 68-watt wired and 15-watt wireless charging, which includes a 68-watt charger inside the box.

The main camera of this device is 50 megapixels with optical stabilization, which is accompanied by a 13 megapixel ultra-wide camera and a 2 megapixel depth sensor. There is a 32 megapixel selfie camera in the front of this device and inside the display cavity.

The use of the Think brand in the new Lenovo and Motorola phone is not only related to its appearance, and we see its close connection with the Thinkpad laptops, which includes things like the Think 2 Think connection. Using it, you can synchronize your phone and laptop with each other and move files, images and texts between them. It is also possible to share notifications, use the phone’s camera as a webcam, and run Windows apps on the laptop screen.

This smartphone will be sold in Europe, the Middle East, Australia, America and several Asian countries, although its price has not yet been announced. 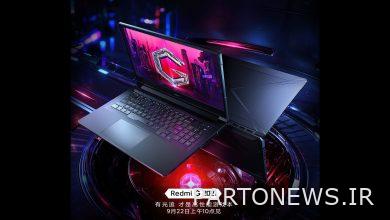 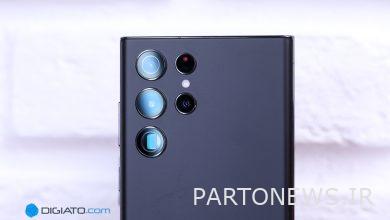