Arash Noor-Aghaei, a tourist guide, says: The Iranian pavilion has received three warnings (seals) during the two and a half months of the Dubai Expo.
According to ISNA, the tourism expert, who was involved in the idea of ​​using the guides of the Ministry of Cultural Heritage, Tourism and Handicrafts in “Expo Dubai 2020”, in a virtual conversation with members of the first group of guides sent to this global event to motivate opportunities “Challenges were held,” he said. In this pavilion, wooden materials have been used, which have been neglected for pesticide and considering the safety system and firefighting. Whether they close this booth or not, it is not in our country’s honor that three official warnings have been given to the Iranian pavilion.

He noted that the criticism was made to examine the reasons and factors that put Iran in such a position at the Dubai Expo, and said: Lack of education, island behaviors towards the world and self-righteousness that grips us in the global arena, but we think that the mistake was only made by one performer, while we usually have a series of mistakes that show up somewhere.

“Based on historical studies, I do not remember three major events happening in the Middle East in a short period of time;” The Dubai Expo and the Qatar World Cup are the most famous and important world events. Fortunately, the last 10 days of the Dubai Expo coincide with the first 10 days that Iran enters the year 1401 and the “new century” according to the solar calendar, and this is an exceptional opportunity that the closing of this world event coincides with the start of a major event by Iran. It will end in the Qatar World Cup.

He added: “On this account, it can be said that Iran, the UAE and Qatar are the three leaders of the Middle East and the organizers of three major world events that not only create a positive image for Iran, but will also have an image for the Middle East.” Many designs have been proposed for this occasion, such as holding a big Persian dinner party, a big Haftsin table and issuing a free visa during the Dubai Expo, and many other ideas that even if we can not do a great job in these few months, we can image with these designs. Let’s make a positive of Iran. Even if we are dissatisfied with the shape of Iran’s presence at the Dubai Expo now, we still have this opportunity and I think threats can be turned into opportunities. We hope to consider the dimensions of this opportunity, because we no longer have such a global presence at this level.

Referring to some of the late measures taken by Iran during its presence at the Dubai Expo and the bureaucracies in the UAE, which led to the non-implementation of some ideas and plans, the tourist guide said: While, for example, a country like Morocco has recorded its most detailed programs, including the introduction of food, in the expo calendar, but until the end of this conversation, I did not see the Yalda night ceremony of the Iranian pavilion recorded in this calendar. We have performed poorly in informing and planning for the Expo. As for the idea of ​​Nosadeh, although I have been talking about it for four years, I have just heard that they are going to form the national headquarters of Nosadeh, and I do not think that everything will go well in the meantime.

He added: “I think the tour guides who have been sent to the Dubai Expo so far have been the only group to have provided a fully documented, written report on the event, which has been held for two and a half months.”

He also explained: The selection of guides is done by the marketing office of the Ministry of Cultural Heritage, Tourism and Handicrafts and under the supervision of the Deputy Minister of Tourism and consultants and the coordination office located in the Deputy Minister of Tourism. There are more than 12,000 card guides in the country, of which about 3,000 are active, and due to the limited time and place of the expo, not all of these guides will have the opportunity to attend, but we consider this a step forward. Because the guides had not been to such events before.

Three warnings to the Iranian pavilion in Dubai

Amin Adili, a member of the first group of guides sent to the expo and a tour instructor, while he had no previous experience in previous expos, described his experiences as a guide to the Iran Pavilion and a visitor to the Dubai Expo, likening the Dubai Expo to a global village. , Advised everyone to visit this event due to easier access from Iran compared to Expo 2025 which is to be hosted in Osaka, Japan.

In part of this conversation, he also pointed out the shortcomings of the Iranian pavilion and added: “From the architectural point of view, it was clear that thinking had taken place, although it could have been better in execution.” Some countries had prefabricated pavilions, while the Iranian pavilion was a complete structure, and this was one of its positive features. Of course, it has performed poorly in execution and software. Of course, I have heard that they are improving, but when it is complete, the expo will probably end. However, this space and opportunity could be useful in depicting and reducing the effect of Iranophobia.

He added: “Iran’s pavilion is more than 2,000 meters wide, but unfortunately some of these spaces were either closed or have not been used properly and expertly.”

Adili considered the geographical and spatial location of the Iranian pavilion as one of its most positive features and considered the use of beads in the exterior and turquoise color attractive for visitors.

Hadi Hormoshahi, who is an Arabic-speaking guide and was sent to the Dubai Expo with a leading group of tour guides, also called the event an opportunity for all countries to speak, and spoke more about the positive features of the Iranian pavilion and its implementation compared to some countries. He added: “Iran did not perform well in relation to its position, but its positive points outweigh its negatives.”

He also said: “Unlike many countries that were focused on presenting a concept, in Iran, the real capacity is not addressed and there is no room for ideation and there is a rupture of the concept.”

The royal shrine named the pavilions of Pakistan, Germany, Yemen and Russia as among the strongest in Expo Dubai, which were able to make the most of the lowest capacity or focus on one concept, and the highest impact.

He also considered the production of long queues of visitors in some pavilions as one of the policies of Expo and those countries and added: “Pavilions of some countries have the capacity to visit 200 people at the same time, but only allow 30 people to visit, so it is difficult to make long queues.” He considered the criterion of the pavilion superior, attractive and popular.

The tour guide also advised: If anyone visits the Dubai Expo, especially the Iran Pavilion, I wish they could come up with a solution and suggest that it be corrected quickly and not just be greedy for shortcomings, because we all work for Iran and like the name. Let Iran rise.

Davood Dehghan, a tour guide who was sent from Yazd province to the Iran Pavilion at the Dubai Expo, called the lack of planning and stuttering in conveying the concept Iran’s most important weakness and said: “I have no experience of previous expos, but as a PhD student in tourism I know that In tourism, there is a principle called taking advantage of opportunities, and the expo was the best opportunity to introduce our country.

He continued: “According to what we have heard, the old expos were more focused on technology, but Dubai has disturbed the expo equations and is more focused on customs and cultures.” It was quite obvious from the pavilion of most countries that they had been planning for this presence for years, something that we are always unaware of and this is the weakness of the Iranian pavilion, so from now on we have to plan for the next expo.

Dehghan also said: “Changing the manager of Iran Pavilion every 12 days is an important challenge, so that new people come and get acquainted with the structure, his 12-day management period has expired and this is a disaster management method.”

The tour guide, who has spent two weeks in the Iranian pavilion at Expo Dubai, also believes that the Iranian pavilion is confused and it is not clear what concept it wants to convey, while other countries are maneuvering on a concept, such as the United States on space travel. It is focused, but the visitors of the Iran Pavilion in the end do not even know what Iran wanted to introduce.

Dehghani described the Pakistani pavilion at the Dubai Expo as “unimaginable” and described Saudi Arabia’s performance in portraying the modern image and prominent role of women in the country as “very good”. “We always think we have to be tough and complex, while many countries have had a simple and in-depth illustration using a simple element,” he said. Our opinion is that the Iranian pavilion could not depict one percent of these concepts and engage the visitors for a moment.

Mohsen Haji Saeed, President of the Tour Guides Associations Association, who was mentioned in this virtual conversation, played a role in the idea of ​​sending the tour guides to Expo Dubai, and said in a short speech: Get good feedback from the Ministry of Silence and Tourism as a result of sending two We have received a group of tour guides at the Iran Pavilion at the Dubai Expo, which I think has become an integral part of using a tour guide at such events. So far, we have been able to deploy guides from seven provinces to the expo, and we hope to continue this positive process and be able to have a good summary of the next international expo and events for tour guides with the government.

The Dubai Expo, which started on October 30, 1400, will continue for six months until April 11, 1401 with the expo slogan “Connecting Minds, Creating the Future”. The UAE expects 25 million people to attend the expo. Iran in a space of 2014 square meters with a narration of Shahrzad the storyteller and the slogan “Iran; Ancient and stable civilization, diversity of ethnicities and host of nations “is present at the Dubai Expo. Many experts, architects, economic, cultural and tourism activists have made explicit criticisms of the content and management of the Iranian pavilion at Expo Dubai.

The Ministry of Cultural Heritage, Tourism and Handicrafts, which is in charge of the tourism section of the Iran Pavilion, sent a group of guides to the pavilion after receiving reports of poor quality visits. The ministry believes the move has improved the quality of visits. 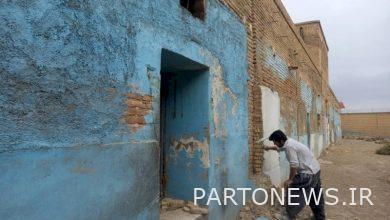 Renovation and organization of Shah Abbasi Caravanserai in Semnan began 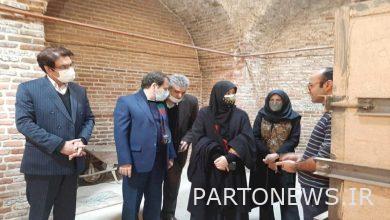 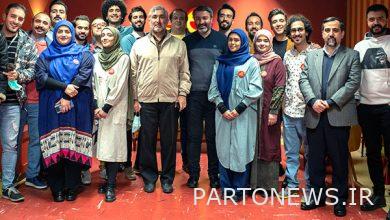 Where did “Smile” get? / The director of the network visited behind the scenes – Mehr News Agency | Iran and world’s news