According to Trade News, quoting ایسناRegistration of survivors Justice shares However, once in a while, it is raised by one of the officials and after a while it is forgotten.

Even now, while it has been announced that the registration time will be in June, this date has not been confirmed and the required resources are still in a state of ambiguity.

Accordingly, Hossein Ghorbanzadeh, head of the Privatization Organization, stressed that nothing has been finalized yet regarding the registration of the survivors of justice shares, saying: “Any historical person who has announced for the registration of justice shares must be held accountable.” But in this regard, there is an interaction between the Privatization Organization and the Ministry of Welfare, and meetings are held until we reach a conclusion and officially announce it to the people. But I personally do not know about the registration of the survivors in June.

He asked the question of whether resources to allocate Justice shares It is intended for the remnants, he replied: the determination of resources needs to be considered because there are other tasks in the budget law. In general, there is a 200,000 billion toman obligation in the budget law for the sale of shares, and it is necessary to examine what is a priority.

The head of the Privatization Organization also said about the number of survivors: “No number is known yet.”

What is the story of the survivors?

According to this report, with the release of justice stocks in May 1399 and the significant price of these stocks affected by the capital market situation in those days, the debate over whether or not to include justice stocks became hot.

In any case, the Twelfth Government ended its work while announcing that the registration of justice shares had been closed and that it was not possible for a new subject to be accepted; However, from time to time, parliamentarians again promised to distribute justice shares to the survivors.

However, although the free fall of the capital market has devalued the real value of justice stocks and it is currently not possible to sell these stocks as they should and may not, but justice stocks are still not valued and many people want it.

There are also various narratives about the number of survivors of the stock of justice. Some estimate that there are 4 million people, including people who have held the Justice Shares card for years but are not counted because they did not complete their registration.

Others believe that the second category is those of the six low-income deciles of society who in the process of identification and payment for any reason Justice shares They did not, and if the government wants to allocate new shares, it must pay attention to the fact that there are about 20 million of them, of which 4 million are likely to have justice stock cards; So there are at least 16 million people who have been eligible for equity but have not yet received a share.

خبر پیشنهادی:   Stock market growth on the last working day of the week / agricultural industries were covered in green

Others estimate the number of survivors at 20 million.

What does the budget law say?

But the most important thing about registering survivors is the resources needed. Because these shares must be allocated to the beneficiaries from the government’s share. It should be noted that in this year’s budget, the government has not increased spending much and has shifted its focus from providing the sale of securities to taxes and, of course, oil.

The only thing that has been mentioned about justice shares in the budget law is in note two of this law, which states: The government is obliged to use the remaining shares of the government or state-owned companies in transferable enterprises in each market subject to groups (1). And (2) Article (2) of the General Policy Implementation Law, Article 44 of the Constitution of the Islamic Republic of Iran, regarding the transfer Justice shares To apply to the people covered by the Imam Khomeini Relief Committee (RA), the clients of the Welfare Organization of the country and all eligible people in accordance with the law on how to implement the general policies of Article 44 of the Constitution.

It should be noted that ISNA’s follow-up from the Central Depository Company as well as the Stock Exchange and Securities Organization showed that they have not been notified of any new issues in this regard.

World: Textile has a better chance of winning than aluminum

Which stock exchanges made the most profit?

Withdrawal of global automakers from Russia 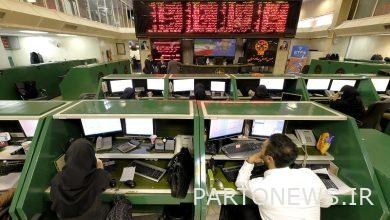 Is the increase in trading volume waiting for the stock market? / Low-risk and cheap stock market for investment 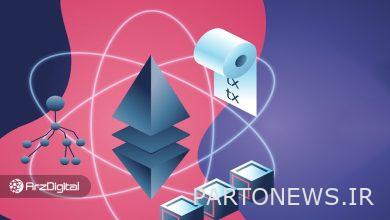 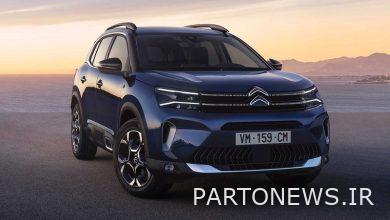